Turns out Iowa is the most wind-powered state in America 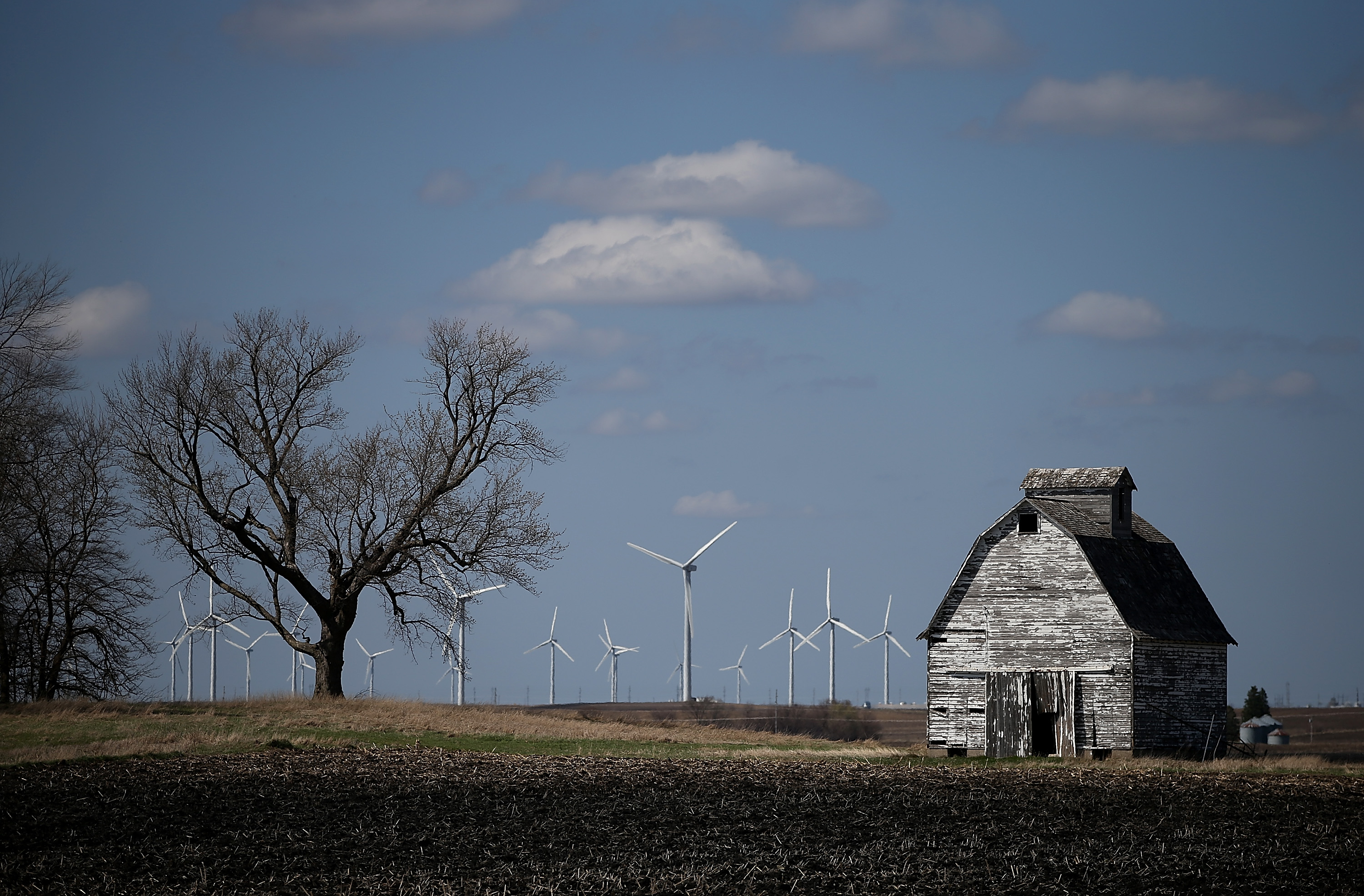 All eyes are on Iowa, the midwestern state set to kick-off the US presidential election next week with its folksy first-in-the-nation caucus.

But here’s one thing international observers may not know about Iowa: It is the most wind-powered state in the entire country.

Only the much larger Texas and California have greater wind power capacity than Iowa, and they’re way behind when it comes to share in the state generation mix.

Nearly 30% of Iowa’s electricity comes from the turbines scattered across its vast farmland, the highest penetration percentage of any state.

It’s also well over twice the size of wind’s role in the UK generation mix.

His spokesman has said: “Every turbine you see driving across the state of Iowa means three things. It means income for farmers, it means revenue for local governments, and it means jobs for Iowa families.”

If you’re familiar with the extreme partisanship in the US, the sight of a right-wing politician speaking so glowingly about renewable energy may come as a bit of a shock.

But on this issue, Iowa is exceptional.

And he’s not wrong; a recent poll taken by Public Opinion Strategies shows an 85% approval rating, more than any other generation source.

Here’s why: Iowa’s wind industry employs around 7,000 people, has 12 turbine manufacturers, has attracted $10 billion in capital investment, provides farmers with drought-resistant revenue via land lease payments, and its product is modern and clean.

Allow the state’s senior Senator Chuck Grassley, another Republican, to explain: “The industry supports thousands of jobs and generates billions of dollars in investment across Iowa and the nation. It’s a non-polluting, renewable resource. Wind energy makes sense for America’s future.”

You might be wondering just how this happened. Well it all started in 1983, when the state legislature passed one of the first ever renewable energy portfolio standards, mandating that utilities purchase a certain amount of power from wind turbines.

“We were early adopters of wind,” Boorman said, “and that helped us build a robust industry.”

He highlighted how wind’s success means there are good modern jobs in rural areas, which for a primarily agricultural state is important.

“Agriculture and wind energy are very compatible, and there was even a study recently from Iowa State University showing there isn’t any negative impact on crop yield,” he said.

“Landowners and farmers are very interested in signing up and having wind turbines on their property.”

There are economic reasons galore for Iowans to back wind power, among them the stable price of energy.

As President Obama observed in his final State Of The Union address earlier this month, Iowa is but one place in the country where wind energy is cheaper than energy from coal or natural gas.

Check out this analysis from investment banking firm Lazard

“It definitely sticks in the mind of some Iowans when they go to the polls, especially those who are in areas that have seen a positive impact from wind energy,” according to Boorman.

But it’s likely that even in Iowa wind energy won’t be a big election issue, particularly since congress passed the omnibus spending bill at the end of last year.

As part of that deal, which also lifted of the country’s 40-year oil export ban, federal tax credits for wind and solar energy were given a five year extension. And that’s huge.

“This is the first time there’s been a five year plan, so that provides a lot of certainty in the market. Before that there were one or two year extensions, it’s been described as a see-saw and hasn’t provided the certainty investors have been looking for.”

Boorman said he expects the deal to trigger “another expansion of wind power in the United States,” one which Iowa intends to be a part of.

In fact, the AWEA projects Iowa  to overtake California as the state with the 2nd largest wind power capacity — a title it held up until 2012.

Though Boorman says the tax credit extension may “mute it as a campaign issue on the presidential level,” he would welcome a louder national conversation on the topic.

“If you look at polling, American people really like and support wind energy and clean power, so I think talking about it about it is a good thing.”

That said, Republican candidate Senator Ted Cruz – who is front of the pack in recent Iowa polls – has vociferously opposed to wind energy tax credits.

In response, the respected Des Moines Register newspaper had some choice words for the Texas Senator, defending what it describes as an “American, and Iowan, success story”.