Analysis: What the leaked EU-Japan trade deal tells us about Brexit 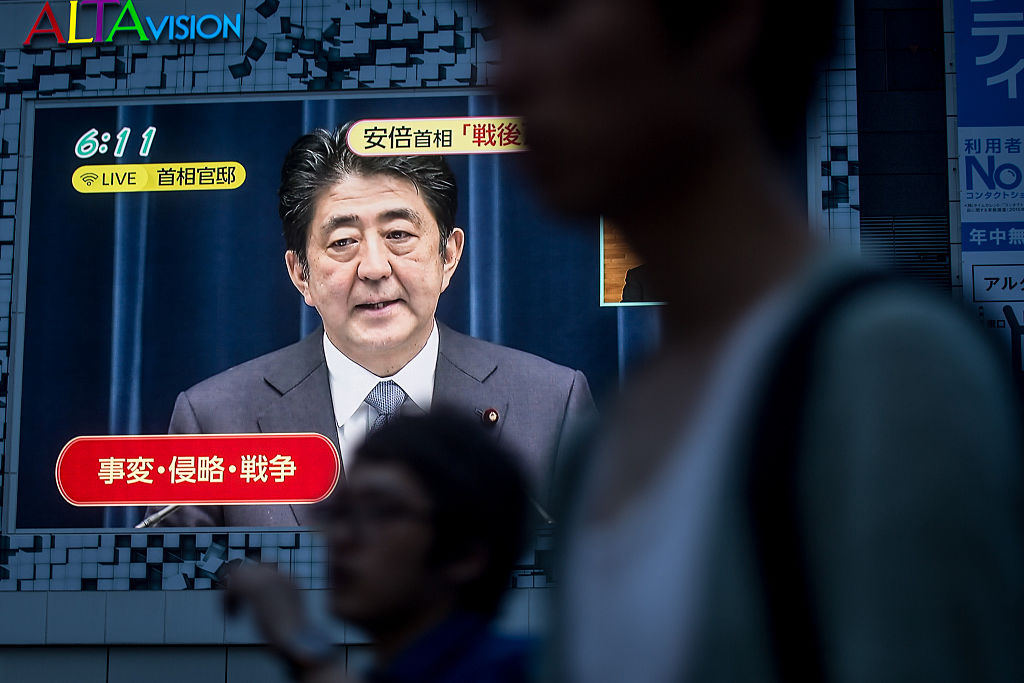 As Brexit talks begin in earnest, the European Union’s army of trade negotiators are finalising what is set to become their biggest deal yet — JEFTA, a wide-reaching financial agreement with Japan.

But hundreds of documents from the top secret deal – obtained and published over the weekend by Greenpeace Netherlands – have led to accusations that environmental safeguards have been overlooked.

Trade deals are one of the most effective ways of enforcing common environmental standards, something that the EU has repeatedly committed to.

Yet the leaked documents, which are dated to late 2016 and early 2017, show JEFTA will do little to crack down on Japan’s involvement in the illegal timber trade or tackle the country’s controversial whaling industry, despite calls from European lawmakers to do just that.

This raises questions over how environmental standards could feature in any future UK-EU trade arrangement, especially in light of reports that the British government may  ‘scale down’ climate change and illegal wildlife measures in its post-Brexit dealings.

When it’s finalised – later this year, most likely – JEFTA will become the EU’s biggest ever free trade deal, covering a trade volume twice as large as CETA, the recently-negotiated agreement with Canada.

In approaching this agreement, however, the EU repeated many of controversial tactics seen around TTIP and CETA, both sticking with the much-maligned investor-state-dispute-system, and conducting negotiations far from the public eye.

Molly Scott Cato, Green MEP for the South West of England, said: “Citizens in the UK and across Europe are not prepared to sacrifice environmental standards at the altar of trade.

“The details of trade deals being thrashed out by the UK Department of Trade and by the EC Trade Commissioner must be made fully public and the process of negotiation democratised.”

The leaked documents suggest JEFTA’s measures on illegal logging are weaker than those in the now cancelled US-led Trans-Pacific Partnership (TPP).

The TPP required Japan to agree to ‘adopt, maintain and implement laws…’ and take a series of measures to tackle the illegal logging, while the leaked JEFTA text says Japan just needs to ‘recognise the importance’ of the issue — offering vague platitudes of ‘encouraging conservation’ and ‘contributing to combating illegal logging.’

This is significant as Japan is the largest importer of wood and plywood in the world, and a major market for illegal timber.

Indeed it is the only G7 country without mandatory rules banning imports of illegal timber, relying instead on voluntary measures.

The documents also suggest that the Commission ignored calls from the European Parliament to discuss Japan’s whaling industry as part of the agreement.

Japan is one of only three countries in the world that still hunts whales, and is the only one to do so outside its own waters.

The JEFTA leak lands just as the EU and UK are officially negotiating the terms of Brexit, and laying the groundwork for revamped trade relationship.

For much of the last year, some leading Conservative politicians have been outspoken in how they hope to use Brexit as a way to cut regulations that derive from EU law.

Jacob Rees Mogg MP has said the UK can slash environmental and safety standards ‘a very long way’ while Daniel Hannan MEP has hit out at concern over ‘ecological standards and women’s rights and child labour’ when talking trade.

Earlier this year documents showed that the UK planned to deemphasise the environment in the trade deals it will seek after Brexit, in the very week that British officials were courting the controversial leaders of Saudi Arabia and the Philippines.

JEFTA shows that the EU has form in failing to push for high environmental standards in its trade agreements, so perhaps it may indulge any anti-regulation zeal coming from the UK.

Cato commented: “Leaks from the Foreign Office indicate the Tories are secretly deciding which environmental protections to rip up in a bid to stitch up post-Brexit trade deals.

“It is therefore extremely disappointing that the EU is effectively giving the UK the green light to do so by weakening its demands over environmental standards in its latest trade deal with Japan.”