Does the European Commission overestimate the cost of solar? 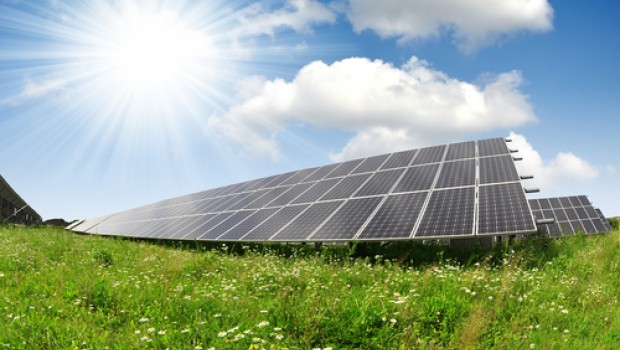 The data underpinning the European Commission’s assessments of possible energy and climate policies could be out of date according to an analysis from research consultants Fraunhofer Institute for Solar Energy Systems ISE. This is particularly problematic in the case of solar photovoltaics (PV), which has seen costs drastically fall in the past few years.

This comes as Business Green reported the Commission may also have overestimated the cost of wind power. According to the Swedish Wind Energy Association onshore wind in the country is already cheaper than the EC’s projections for 2050 and the investment cost of offshore wind power in the Baltic Sea is already lower than its predictions for 2050.

This upshot of this is that the cost of a large share of renewables in the European energy mix could be significantly lower than projected in the European Commission’s impact assessment, which uses the reference scenario as a baseline for its policy scenarios.

Crucially, European policymakers will be discussing the 2030 climate and energy targets this summer –  based in part on the Commission’s analysis – with a decision due in October.

A Commission spokesperson told Unearthed it used the most recent data it could for its work as possible (you can read the full response here).

The Commission’s reference scenario, published July 2013, used 2010 Eurostat figures calibrated with the input from energy experts in late 2011/early 2012 before starting a long-running modeling process to map out the future energy and climate situation. Its predictions included the capital costs of different energy generation technologies, such as solar PV.

The issue with this is that the cost of solar PV has fallen quite a lot in recent years – the cost of installing solar panels in Germany has reduced by two thirds since 2006, for instance (see graph from The Economist to the right). This is partly down to a boom in demand from Europe.

Even since 2011, the cost of solar PV has also reduced significantly following an overcapacity in the market since 2009 with a large amount of production capacity expansion in Asia, according to a 2013 Fraunhofer ISE report .

In the reference scenario document there is a graph showing that in 2015 large scale PV costs 2,000 Euros per kW (see below).

But this is around significantly higher than the current cost of large /utility scale solar PV in Germany, which has helped drive the costs of the technology down with its policy shift to renewables (the Energiewende).

The Fraunhofer ISE data comes from cost data from the German PV market (3Q 2013), so it’s more current than the data used in the reference scenario.

A Commission spokesperson defended the report, saying it took a lot of time and co-ordination to produce, as well as using the latest possible data in that context.

“The PRIMES model, which reproduces among other things Eurostat energy balances and projects them into the future, was calibrated to the most recent authoritative and comparable data for all 28 Member States.”

The two different analyses have similarities and some differences. At a basic level they both have information on the capital costs/ investment in solar PV.

Another similarity is that the two reports have much the same assumptions behind them. The author of the Fraunhofer ISE analysis and the Commission both say that they include land purchase costs in the way they count capital costs – something that can differ in these kinds of calculations.

One difference is that the Fraunhofer ISE study breaks down the sizes of solar into three bands, whereas in the reference scenario, the graph labels solar PV only as ‘large scale’. The Commission told Unearthed the graph was made for ‘illustrative purposes’ so they didn’t have a corresponding size of solar PV capacity that ‘large’ entailed. But they also said the modeling took into account four categories of business-scale solar PV, and one for small-scale rooftop solar. This sounds roughly like it might compare to somewhere between ‘large’ and ‘utility-scale’ in Fraunhofer’s study – but we can’t say for sure.

Another issue is that the Fraunhofer ISE study only deals with Germany. As far as it goes, it seems pretty accurate about the current pricing and trends. These figures correspond to the reduction in the feed-in-tariff for solar PV in Germany, which have fallen by 80% in Germany in the past five years. Since 2011 they are down from 20ct/kWh to less than10ct/kWh currently.

Can we meaningfully compare the costs of solar PV in Germany and across EU member states? There are differences in costs between countries, such as administrative or legal costs and costs associated with installing the technology. But there are also similarities, especially the costs of the PV modules, as you would expect in an internal market – where as mentioned before Germany has driven demand to reduce prices globally, along with a glut in the market.

Germany has some 35GW of solar capacity, which is a lot compared to other European countries. The UK has around 3GW. So the capital costs of solar are likely to be cheaper in Germany compared to other European countries, as market is significantly more mature and bigger. This affects the costs of installation, for example, which becomes a bigger chunk of costs as the price of panels goes down.

This doesn’t fully explain the difference between the costs in the reference scenario and the Frauenhofer report, however, according to the European Photovoltaic Industry Association (EPIA). A spokesperson told Unearthed: “While the cost of solar PV can be higher in other countries, the assessment from the European Commission seems too high and the average cost of solar PV throughout Europe is rather somewhere in between.”

However, the Commission was guarded about its projection of future solar costs, saying that two factors informing the reference scenario were that support schemes to solar PV are slowing down, and anti-dumping procedures have started, so overcapacity will wane. These things will strengthen prices in the future, they said, “even as technology learning will – at a slower pace – continue to reduce costs” for the industry.

All that being said, solar PV is a very young market globally, and it is therefore difficult to predict its costs in the future.