Comment: Why is Hinkley a poor value deal for the UK consumer? 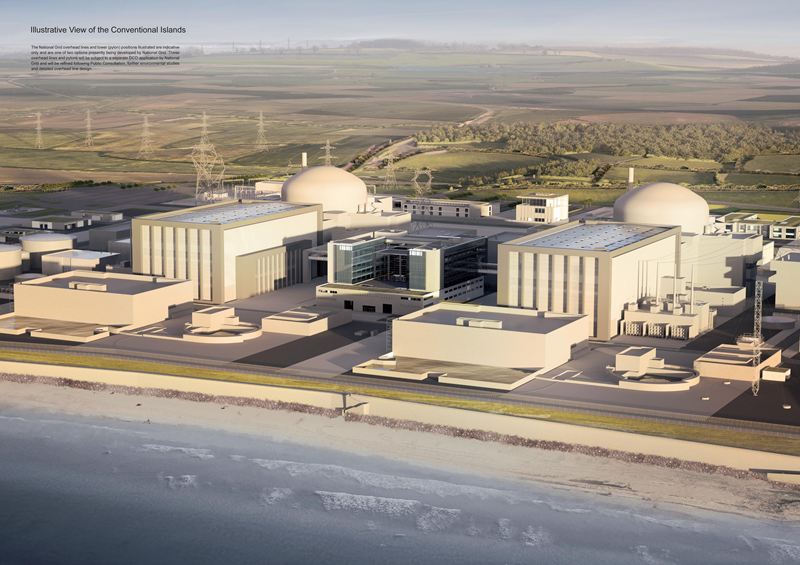 The world of energy is changing. The world’s largest private bank, UBS, has recently advised its clients that large centralised power stations (like Hinkley) are not the future – solar power, electric cars and cheaper storage batteries are. Meanwhile, tech leaders Google have invested $3.2bn in Nest, a smart home energy company.

Yet our energy policy in the UK seems stuck in the past, with government’s Electricity Market Reform seemed largely to be based on getting nuclear stations built – with a generous price for 35 years of supply for the proposed new 3.2GW EDF reactor at Hinkley which will  cost £24.5bn to build and open at the earliest in 2023.

Today the European Commission has decided to approve state aid subsidies for two reactors at Hinkley Point, Somerset  – despite the Commission estimating the deal between UK government and NNBGeneco (a subsidiary of EDF) will cost up to £17.6bn in subsidies from the British energy billpayer.

However, according to my calculations the total (undiscounted) subsidy to Hinkley over its lifetime would be much higher at £37bn, with a £14 increase per household per year.

This is based a 35-year index-linked price  guarantee (‘strike price’) of £92.50 per MWh, which is is almost twice that of the UK wholesale electricity market price of around £50/MWh. This means that the British public funds the difference between the amount EDF will be paid and the market price – which at present seems unlikely to go up much.

Nuclear has been delivering power at the same real cost for over 50 years and it would require a huge level of optimism based on little evidence to suppose that historic flat-lining would be changed now.

Already, the cost benefits of learning from building a number of EPRs (the proposed reactor model for Hinkley) across Europe  seems to have disappeared because the price for Hinkley seems to be as big or bigger than the first plants in Finland and France.

In contrast renewable energy is on a downward price curve, in the case of solar very rapidly indeed, and subsidy may be justified in bringing a technology to its technological potential.

So, so many subsidies

Also part of the deal is a whole host of protections – implicit subsidies by any other name – that are specific to Hinkley, including:

In addition to all this – on top of of the Commission’s estimate and outside of state aid considerations – Hinkley will also receive other long-standing protections that are given to all nuclear plants. Firstly,limitations on liability in case of an accident up to £1.06bn – after which bill payers foot the bill (liability costs from Fukushima are around $100bn and rising). And secondly, planned subsidies of as much as £15.72bn for radioactive waste management from new reactors.

All of this adds up to the fact supporting Hinkley is not a cost-effective option for the UK power supply. As Professor Mitchell of Exeter University puts it in relation to the grid arrangements: “There is no justification for nuclear being exempted from paying the additional costs to the system other than to make nuclear look cheaper than it is relative to other sources of electricity.”

Renewables at a disadvantage

The Chief Technology Officer at Siemens has said that renewables developers would ‘give an arm and a leg, at least’ for the kind of terms being offered to nuclear in UK – yet even so, some renewables will be cheaper at a headline level than nuclear by the time Hinkley opens in 2023 at the earliest.

But most of the support for Hinkley is not available to low carbon generators like renewables, or not available at the same rate.

For example onshore wind will have a lower ‘strike price’ than Hinkley from 2017, and will in any case now be subject to competitive bidding processes which would lower the price further, again, unlike the Hinkley project.

Also, Hinkley’s 35-year strike price contract is unprecedented – and will mean someone leaving school now could still be paying for this contract after they retire.

UK and European U-turns on Hinkley

Not only is Hinkley set to become a huge drain on the public purse, and shifting a huge amount of risk onto the public, but neither of the coalition government parties wanted this heavily subsidised plant in the first place – as you can see from the Coalition Agreement at the start of Government (p 17). The Lib Dems opposed nuclear and the Conservative wanted a free market – not subsidies.

And it seems that the Commission has done a similar policy volte-face. The original Commission analysis was scathing about the deal – especially the lack of competitive tendering for the scheme, which may be overcompensating EDF for what it is doing – and energy commissioner Gunther Oettinger has described the concept as ‘Soviet’.

The question of the state aid stamp of approval arises because as part of the EU we should be heading to a single market in power, resulting in lower electricity prices.

The Hinkley deal is therefore troublesome because of the precedent that is sets, shielding EDF from risks that other market operators are subject to, and meaning an EU member state can arbitrarily buy any power it wants to, leading to an end of any meaningful single market.

But this isn’t the end of the Hinkley state aid saga – Austria confirmed it will appeal against the EU Commission decision to allow generous subsidies for Hinkley.