How solar power is getting cheaper quicker than the IPCC thought 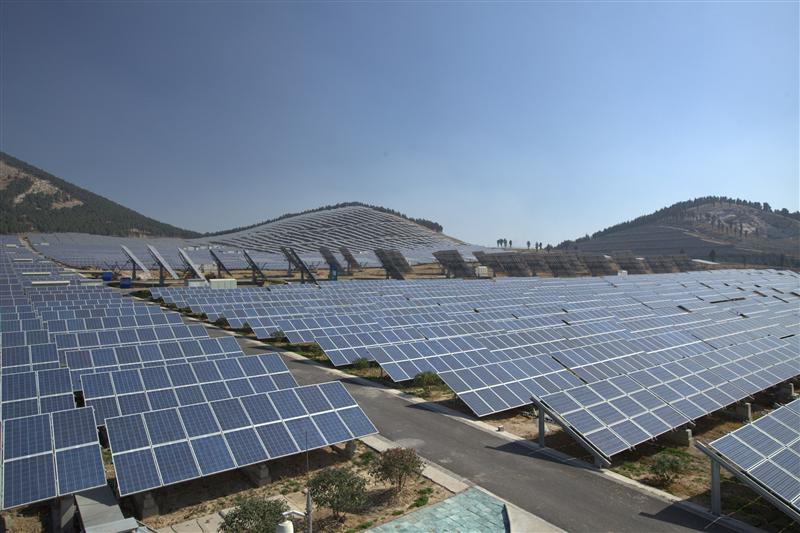 The most recent IPCC report – that is being finalised this weekend – may already be out of date when it comes to the price of solar photovoltaic (PV) power generation, according to analysis by the Fraunhofer Institute.

The numbers suggest that the IPCC capital expenditure figures for solar PV – provided in a minimum/maximum range to account for the variations from country to country – are actually higher than recent figures for key regions, including Germany, China and the US.

This matters because policymakers will compare the costs of reducing emissions using solar and other technologies in the coming negotiations to reach a global climate deal.

So why are the figures somewhat overstating the cost of solar?

Usually when calculating and comparing the cost of energy generation options – which the IPCC do all the time – the levelised cost of electricity (LCOE) is used. This the overall cost of each unit of power, and accounts for all the costs involved in generating the power: capital expenditure, operating costs, maintenance etc.

The Fraunhofer Institute has also been calculating the cost of different energy generation technologies for a number of years – levelled out to account for startup costs and subsequent operation and maintenance.

It found the IPCC report’s recent levelised costs of electricity for solar may be based on much higher capital expenditure costs than is currently the case.

That means the “overnight capital expenditure” of solar PV is significantly lower, both for small-scale, distributed models such as rooftop solar and for larger-scale solar infrastructure such as a solar thermal plant.

For example, you would only have to spend between $1500-4900 per kWp for rooftops installed with solar PV if you were using the Fraunhofer figures (on average), compared to the IPCC’s $2200-5300, which refer to the 2012 situation.

The figures fall even further when looking at utility-scale solar PV (think fields, with panels, and maybe sheep, or geese). The institute calculates that now, to start a solar plant the cost would be $1300-3300, rather than $1700-4300 as the IPCC had reported.

David de Jager, Managing Consultant at Ecofys and Operating Agent for the IEA-RETD agrees that the IPCC’s costs for solar are already outdated.

“Costs of solar photovoltaics have been declining so fast, that almost any publication will be outdated at the moment the ink has dried. The growing market will drive further cost reductions even further.“ says de Jager who was involved with the IPCC report’s energy chapter as a Contributing Author.

Both minimum and maximum costs from the Fraunhofer ISE are lower than the most recent IPCC estimates from 2012, for both utility and rooftop capital expenditure

Economically it follows too that the cheaper installation gets, the cheaper the cost of solar gets overall, because of the much lower (and steady) operation and maintenance costs.

If the capital expenditure is higher than it should be, the levelised cost in solar-producing countries will also be higher.

The Fraunhofer institute have calculated the average cost of generating power from solar panels in a range of countries using the latest data.

The “median” cost of solar from the IPCC report is at the higher end of their LCOE values.

The IPCC looked at literature reflecting a wide range of PV-applications and regions. If you look at the key markets today, the study shows that PV costs are already at or below the low end of the range presented by IPCC.

Money for solar is cheaper too

Borrowing costs may also have been overstated by the IPCC, says Fraunhofer.

The IPCC uses a uniform 10% weighted average cost of capital so as to be able to compare costs across different energy generation methods which has a large impact on renewables because of their large up front capital costs.

Because the costs of borrowing capital in many parts of the world is cheap at the moment due to low interest rates – and certainly in places like Germany and the UK  – this number may also therefore inflate the cost of installing solar.