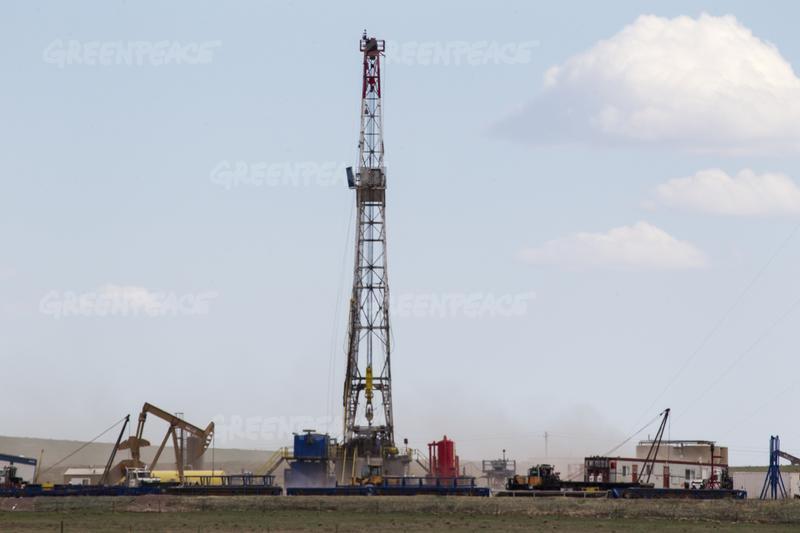 The International Energy Agency (IEA) significantly overstated the role of the US shale gas revolution in reducing US emissions last year – according to an analysis of recent and historic US government data on energy.

In May, the IEA claimed that annual US emissions fell by 1.7% in 2011 ‘primarily due to on-going switching from coal to natural gas in power generation and an exceptionally mild winter.‘ The IEA told Unearthed the data came from their World Energy Outlook team.

However, data from the US Energy Information Agency (EIA) suggests that it was new renewable generation, not a switch from coal to natural gas, which was primarily responsible for falling emissions from the US power sector over that period.

The IEA’s claim is similar to the conclusions of recent research by a team of Harvard and Massachusetts Institute of Technology (MIT) academics (McElroy et al, Environmental Science, 2012) which found that the switch from coal to gas – not the recession – was the main cause of falling emissions from the US power sector in 2009.

Again, however, the data suggests this conclusion was misleading – and that falling demand due to the recession was the single largest cause.

Indeed over the entire period from 2008 to 2011 – when coal’s share of the US energy mix fell by just over 6.2% – it was renewables, not gas, which played the larger role in reducing US emissions.

Early data for the first five months of 2012 showed a further increase in gas’s share of the US power, driven by the low price – but a 34% increase in the cost of gas since April has set the trend into reverse and emissions are now forecast to rise in 2013.

The inaccuracies are a problem, because both claims were widely reported, from the Economist and the Financial Times, to ExxonMobil’s own blog. In fact it’s hard to find an article on US emissions that doesn’t mention them.

Indeed, arguments about the impact of gas on reducing US emissions have become part of the debate over Electricity Market Reform (EMR) in the UK and throughout Europe.

How we calculated it

As the price of gas in the US has fallen due to extraction from shale, the proportion of electricity generated from gas has increased.

Since gas – when burnt – releases about half as much carbon dioxide as coal, switching from one fuel to the other can significantly reduce emissions.

Let’s look at the IEA claim for 2011. The data suggests that generation from coal did fall significantly between 2010 and 2011 by 113Twh. However there is no corresponding rise in gas generation. Electricity from US gas plants did go up – but only by 29Twh. Generation from wind, hydro and other renewables rose by three times that amount.

On its own this suggests it was renewable energy – not gas – which drove the change in emissions.

However, the Harvard team point out that the year-on-year numbers are affected by changes in demand – which fell slightly in 2011.

To isolate the impact of changes in electricity mix we need to examine yearly changes in output relative to what would have happened if the proportions of each energy type – e.g. coal, gas, wind – had remained the same year to year.

On this “normalised” basis the numbers are still similar; coal power fell by 105TWh, gas generation rose by 33TWh and renewables rose by 93TWh. It’s possible to estimate the impact of these changes on emissions from the US power sector.

The Harvard team convincingly argue that most new gas directly replaces coal. So using their estimates for how much CO2 comes from each source (Gas 0.4 tonnes CO2/MWh, Coal 0.968 tonnes CO2/MWh) switching to gas saved around 18.8MMT CO2.

Renewables, however, don’t necessarily lead to a direct reduction in coal use – because they can be intermittent. For example, more wind can mean less gas.

Using a rough estimate of how much CO2 is saved by renewable energy provided by the US Environmental Protection Agency (EPA) results in total savings of around 64.4MMT of CO2, more than three times the savings from the coal-to-gas switch. Indeed as our analysis shows, wind power alone produces emissions reductions almost identical to those from coal to gas in 2011.

In 2009, the year examined by the Harvard academics, the data looked a little different.

The latest EIA numbers show overall emissions fell by 9.1%, partially driven by the 4.1% drop in electricity demand, leading most to conclude the recession drove down emissions from the power sector.

However McElroy et al, comparing actual generation with what would have happened if the mix had stayed the same, claimed the switch from coal to gas – not the recession – was the single most important factor driving down emissions from electricity generation.

This result was confirmed by an econometric model they had designed to examine coal to gas switching in different US states driven by changes in the price of gas. In one sense they were right: switching away from coal to other forms of power was a major cause of emissions reductions in 2009.

But switching from coal to gas only accounted for 40MMT of CO2 emissions, 19% of the total fall, and only marginally more than renewables.

Instead the recession was indeed the largest factor driving down emissions that year.

Over the same period gas generation rose by 3.3%, and generation from renewable sources by around 3.6%, more than half of which was wind and solar.

Taking into account the fact that more CO2 is saved for every extra unit of renewable power the reductions from renewables as a whole were almost certainly greater than those from gas.

The exact amount of CO2 emissions avoided because of a switch to gas is also unclear. The CO2 produced by different fuels at a power plant ignores the lifecycle emissions of extracting them which may include methane leakage from shale gas extraction.

Furthermore whilst wind and solar may not replace coal directly, it is quite plausible that hydroelectric power does. Therefore our estimate of the impact of an increased renewables share, which includes a large chunk of hydro, is likely to be overly conservative.

That said, the latest data appears to show gas catching up. In the midst of another mild winter the data for the first five months of 2012 shows a 40% year on year increase in gas output, whilst levels of renewable generation are pretty constant.

It accounts for much of the further fall in emissions so far this year. Indeed if you compare the share of gas and renewables in the mix in the first five months of 2012 with their share in 2007, when US emissions peaked, then you could argue gas was responsible for a fall of 74MT CO2 so far this year, compared to 59MT for renewables – based on our conservative estimates.

But that trend is unlikely to last.The latest US data extends until May and a new EIA found gas prices had risen 34% since April.

The report concluded that ‘The EIA expects the recent trend of substituting coal-fired electricity generation with natural gas generation to slow and likely reverse over the next year,’ pushing emissions back up.

It suggests that even when falls in gas prices drive down emissions those falls are only temporary, unless coal plants are permanently shut.

Gas can drive down CO2 emissions, but can only be “banked” in the context of a policy framework that prioritises reducing greenhouse gas emissions.

If you’ve spotted an error in our calculations, have a comment or would like to add some of your own, please get in touch at energydesk.uk@greenpeace.org.