Fracking: Flaring and why it matters… 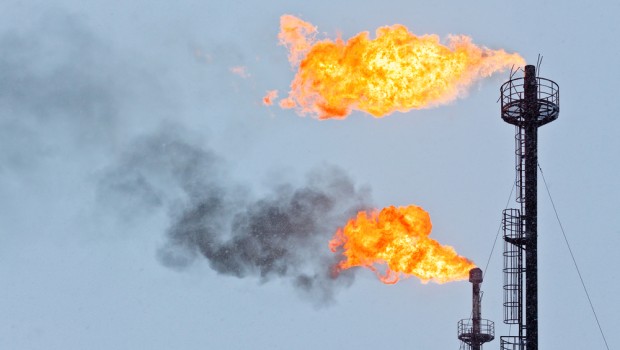 The UK’s two largest fracking companies have admitted they plan to burn some of the gas they extract, releasing carbon dioxide in the process.

It’s a practice soon to be banned in the US during full production, but the UK’s Environment Agency currently has no rules to stop it. Documents obtained by Unearthed under a Freedom of Information request suggest the industry is reluctant to accept further regulation – including a ban on flaring.

The chief executive of IGas, Andrew Austin, confirmed at a forum on fracking held on Thursday that his firm would flare leaked gas. Igas is partly owned by a Chinese state oil firm.

Cuadrilla has also confirmed flaring will be involved in its exploration operations in Sussex and Lancashire – though they haven’t commented on what will happen if they reach full production.

We already see flaring at mostly port-based oil refineries, but with analysts forecasting the UK could need over 2,000 wells to compensate for dwindling North Sea supplies flaring during the fracking process could soon be a common site around the UK.

Behind the scenes, the argument over flaring is less about the practice itself – which would initially take place on 20-40 exploration wells – and more about how tight the environmental and climate regulations around fracking should be more generally.

But the question remains: is flaring a problem?

Besides the local environmental impacts such as noise and light, the flaring of methane gas results in carbon dioxide emissions.

Methane is 24 times more potent when it comes to accelerating climate change than carbon dioxide, so flaring is better than doing nothing, but why not capture the gas? Isn’t that, after all, the point?

At the exploration stage, companies may find this difficult because they have no infrastructure set up to capture any gas they find. They may also need to flare the gas to test well pressure and other measurements.

What this means is that exploration wells, such as those currently planned in Sussex and Lancashire, will either find nothing, or will involve some flaring.

Later, when firms start capturing the gas commercially, some of the methane still comes to the surface outside the well – resulting in “fugitive emissions”.

Fracking involves pumping water, sand and chemicals deep into rocks to blast them apart, thereby releasing gas. Most of this gas (if all goes to plan) then proceeds up the well, but some of it, and some of the water, returns to the surface outside the well.

By this time the water contains lots of methane, so if left in a pond – as happened in the US – large amounts of methane can be release into the atmosphere. Some gas may also escape through the ground, though this is less common.

The amount that escapes is fiercely disputed, but there is a general consensus that if firms do nothing the figures can be high. A recent study in nature suggested as much as 9% – enough to make overall emissions from gas obtained by fracking similar to burning coal.

Fracking firms face a choice in how to deal with the problem.

They can just leave the gas to leak, they can burn it off – which still involves carbon dioxide emissions – or they can capture it and sell it to you and I (so called Green Completions). This is the most carbon-friendly option, but also the most burdensome. It could work out cost effectively if lots of gas is leaking, but it could prove very expensive if not.

IGas appears to have chosen simply to burn it.

In the US the Environmental Protection Agency (EPA) has outlined new rules banning flaring by 2015, in order to reduce atmospheric emissions from fracking. But in the UK neither the government nor the Environment Agency has so far acted to limit the practice.

In fact a document released after a Freedom of Information request to the Environment Agency suggests that shale gas operators were reluctant to include regulations on flaring in their guidelines.

“I did raise this question [of capturing the gas] at the UKOOG (Onshore Operators Group)”, said one email from a official at the Department of Energy and Climate change (DECC).

“They had not planned to integrate [it] into their guidance (which is a big challenge already with fracking and well integrity issues). But they will consider adding it to the guidelines if we insist.”

Unless firms are willing to commit to dealing with fugitive gas in that way – and unless the rules force them to – then emissions will be higher than they would otherwise be  – though still some way below coal.

That may be seen as an acceptable price to pay, or even unavoidable, but it is an issue environmental regulators on both sides of the Atlantic will grapple with.