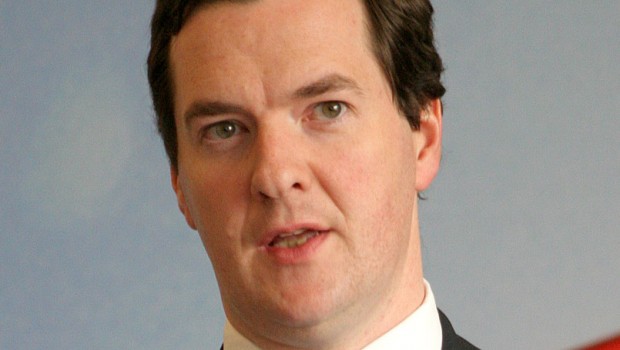 The UK finance minister, George Osborne, has confirmed that he agrees with the vast majority of scientists and “believes that climate change is happening, and is caused by human beings.”

Speaking to business leaders in in Hong Kong following severe flooding in the UK linked to climate change Osborne explained that it wasn’t that he didn’t think we shouldn’t tackle the problem, he just wants us to do so in “as cheap a possible way”

One example Mr Osborne gives is nuclear, which – he observes – is a low-carbon source of energy generation, adding:

“Equally shale gas has done incredible things to reduce US carbon emissions and there are parts of the environmental movement who don’t like that, again for rather ideological reasons. I would say let’s see more fracking and shale gas in Europe, in the UK and in China.”

This is a new area. Mr Osborne appears to be saying that shale gas is a low-cost way of tackling climate change.

The head of the government’s independent Committee on Climate Change has advised that he supports fracking in the UK for economic reasons and because shale gas could substitute for more carbon intensive imported gas in future.

However his analysis is based on on the impact of UK shale gas on the UK’s carbon budgets. George Osborne seems to be going a little further, suggesting that shale gas in the UK could actually help reduce the risk of climate change. We have a look at the evidence:

The world already has lots of oil and gas. In fact, at current use, the technically recoverable gas we’ve already discovered would last for 250 years – according to figures from the International Energy Agency (IEA).

That’s why the IEA suggests that over the next forty years nearly half the world’s proven gas (and oil) supplies need to be left in the ground if we are to avoid the type of climate change that could leave new parts of the world uninhabitably hot or very wet.

Which means that if you want to go out and find entirely new sources of gas and still cut emissions you need to show it’s going to stop us (meaning the world) using existing, proven, gas reserves.

Now, nobody knows for sure what it will cost to get gas or oil out of the ground in the UK and Europe (because none has been proven) but in a submission to Parliament Bloomberg noted that estimated extraction costs in the UK would be between 40% and 100% higher than the US.

Poyry’s analysis of European shale gas production also suggests far higher costs than those in the US.

Basically drilling deep into the ground and using millions of gallons of water to fracture rocks is generally a more expensive way of getting at gas than – say – the deserts of Qatar.

Even were the price right the Poyry report also forecasts shale gas production in Europe starting in the mid-2020’s and running through to 2050.

However it is during that period that the UK’s climate advisors – The Committee on Climate change – have said the UK should be decarbonising first its power supply and then its heating. Moving away from all fossil fuels.

“If a country brings any additional fossil fuel reserve into production, then in the absence of strong climate policies, we believe it is likely that this production would increase cumulative emissions in the long run. This increase would work against global efforts on climate change. In the absence of global climate policies, we believe it is credible that shale-gas use would increase both short-term and long-term emissions rates.”

What he is effectively saying is that it’s only ok (from a climate viewpoint) to bring on new sources of fossil fuels if you have a global plan in place to ensure you don’t burn much of them, otherwise you will simply lower the price of that fuel and so drive higher global demand.

Now, we don’t have a plan like that. But if we did the IEA have forecast that the global gas price will fall over the longer term because we won’t need as much gas.

But didn’t Osborne say emissions fell in the US thanks to shale?

As he told the BBC in February 2013 “I think in the UK there are some differences with the US. We [the UK] are not as closed an energy economy as the US is.”

The US had until recently no way to export gas. When plentiful shale gas came on stream it flooded the market, crashing the price, hurting investors and allowing power generators to use gas rather than more polluting coal.

That, along with a boom in renewable investment, helped cut emissions. But as the gas price has normalised generators have gone back to coal and emissions are again rising, going up by 2% last year.

At the same time coal could be exported (it’s much easier to transport than a gas, even in liquid form) and it was, to Europe, where plentiful coal flooded the market, crashing the coal price and causing emissions to rise.

Because European shale gas is unlikely to have the same impact on price it alone is unlikely to be able to reverse that trend. Furthermore Poyry estimate EU gas will come on stream in the 2020’s when Europe’s coal plants will no longer be operational.

And what about China?

So little is known about the economics of fracking in China that it is hard to say whether it will simply add to the global stock of fossil fuels or actually reduce fossil fuel production elsewhere.

So far, it has not been a great success.

It’s possible to see how shale gas in China could help reduce the world’s largest polluter’s coal use, lowering emissions, but there are also problems with fracking in a country with such a dense population and already stretched water reserves.

The problem as the IEA showed (see chart above), is that even if we leave 80% of known coal supplies in the ground we also need to leave around 50% of known gas supplies there.

That would suggest that the main focus in China should be on replacing coal with clean energy. One report by WWF claims it could eliminate coal use by 2050 using largely renewable power.