Comment: Sovereignty, sanctions, theft and the oil industry in Russia and the Crimea 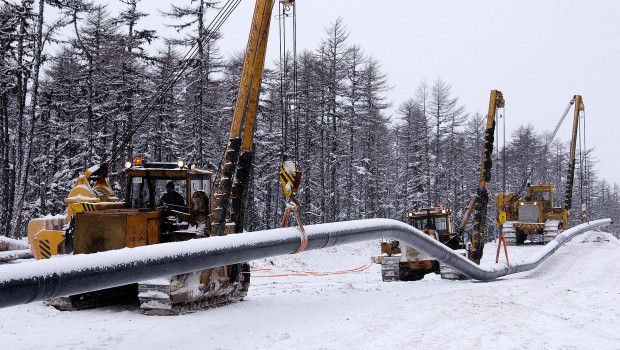 Earlier this week the international community imposed sanctions on selected Russian and Ukrainian officials and are in the midst of considering further sanctions. But, why are these sanctions so far so weak?

The answer lies in Russia’s grip on European energy that leaves us over a barrel. Nuclear bombs are no longer the principal deterrent in Putin’s arsenal; the super-weapon providing the shield behind which Russia can act with impunity is the oil and gas tap.

The de facto annexation of Crimea by the Russian Federation isn’t just a political act, it also sets ups the “invasion” of Kremlin controlled business’s as highlighted by Guy Chazan in the Financial Times:

“Crimea’s choicest state assets have already been taken over by pro-Russian forces in the peninsula, and will ultimately be controlled by Moscow. These include Chornomornaftogaz [effectively handed over to Gazprom], which pumps oil and gas from the Black Sea, and the Feodosia Oil Products Supply Co, which is one of Ukraine’s main transshipment facilities, capable of transferring crude oil and products from ocean-going tankers on to freight trains.”

Russia is no more uniquely dependent on hydro-carbons for income than Canada, Saudi Arabia or even Norway. But the response to recent Russian actions highlights how BP and Shell’s relationship with the predominantly state-owned Russian oil and gas industry – and the UK’s economic dependence on providing financial services to that industry – massively distorts both foreign policy and our ability to deal with the risks of climate change.

Foreign policy, for western countries as well as Russia, has always been integrally linked to energy supplies. Much of Europe – particularly in the east – depends on Russian gas, and to a lesser extent Russian oil. Russia, in turn is hugely dependent on its hydrocarbon industry for revenue. Oil and gas contribute almost two thirds of Russia’s budget revenues, one quarter of its GDP and more than half of its export revenues.

This situation poses a threat to all of us, from our pension funds to the global climate.

The international oil companies (IOCs) such as Shell and BP are today facing unique challenges.  Although these companies have long standing status at the heart of the European and North American political and financial systems – the UK Cabinet recently held a meeting in the board room of Shell’s headquarters in Aberdeen – they are no longer the source of safe investor returns they once were.

In the UK these companies are often the number one and two holdings in pension funds which are dependent on them for revenue via dividends. But recently the returns have become less predictable. This year’s profit warning at Shell, the first in a decade, and dividend reductions at BP, following the Deepwater Horizon disaster, are creating real concern amongst investors. And the high capital expenditures by these companies are clearly not creating value for shareholders, who are getting less bang for their bucks.

Oil companies are facing multiple challenges as a result of the increasing inaccessibility of conventional oil and gas reserves, the rise of resource sovereignty as Latin America, the Middle East, Russia, and the rapid growth of clean energy alternatives.

In the case of Russia, IOCs have entered a number of joint ventures with Russian state-controlled oil and gas companies like Rosneft and Gazprom – with associated and enormous economic, environmental and reputational risks.

Russia has a very poor reputation for corporate governance and corruption. In 2006 Rosneft floated itself on the London Stock Exchange. Its prospectus contained some unusual warnings. “Crime and corruption could create a difficult business climate in Russia,” and some directors’ interests “may cause Rosneft to engage in business practices that do not maximize shareholder value.”

Furthermore, success in Russia relies on relationships with key individuals – for major oil companies this means Vladimir  Putin, Dmitry Medvedev and others close to the Kremlin inner circle.

Western politicians who speak grandly about democracy and the rule of law while turning a blind eye to the excesses of the fossil fuel sector have now left us weak and compromised.

With Shell, for now, being forced to abandon planned Arctic drilling off Alaska, all eyes are now on the Russian Arctic where even greater economic and governance risks await. The IOCs also face huge technical challenges – a spill in the Arctic would be almost impossible to clean up, destroying the livelihoods of indigenous peoples, putting at risk a nearly pristine environment and adding to the risks of climate change.

These concerns need to be viewed in concert. A company like Shell, whose experience with Arctic drilling has been an uninterrupted catalogue of disasters, teams up with Gazprom – half-company, half-government department – to experiment in a fragile environment with untested, inadequate technology and no credible plans for dealing with the inevitable accidents. The severe environmental consequences may be matched by economic losses and potentially loss of human life.

Who will take the blame? Previous conflicts between Gazprom and Rosneft and their business partners indicate that the Russian behemoths will not be the ones carrying the can.

At this time of huge political uncertainty in Russia and the certainty of both sanctions and strained relationships with both its neighbours and trading partners, why are international oil companies recklessly risking their reputations in the Russian Arctic?

The International Energy Agency says that we need to leave two-thirds of existing fossil fuel reserves in the ground if we are to have any chance of limiting average temperature increases to two degrees, and so the ultimate prize in this game of western roulette may prove to be worthless. Is it not time, with the threat of increasing political and economic instability and the growing risk of climate change, that we finally recognise the costs of fossil fuel dependency are too high?