Fracking report: Four things you need to know about fracking and well failures 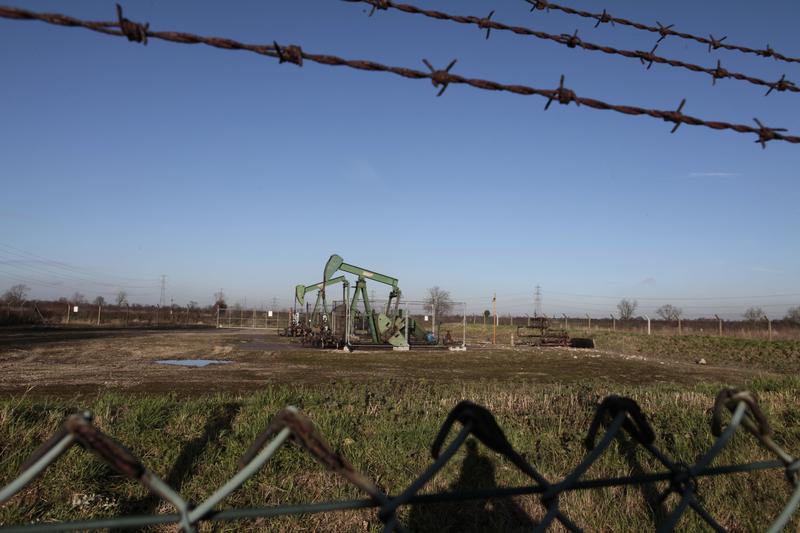 Wells do fail and risks exist of leaks into fresh-water aquifers, according to a global study of oil and gas drilling wells.

However the study found that whilst there were few examples of pollution incidents reported in the UK very little historic data on monitoring existed meaning it is unclear who is reponsible for older wells or whether they have leaked.

The peer-reviewed paper is published by the Durham University led reFine academic consortium. The group is funded by the UK’s Natural Energy Research Council alongside Shell, Total and Chevron.

Looking at available data the study found that in the US quite a few shale gas wells do suffer from cracks and failings in how wells are constructed and maintained.

This could be a problem because – as the study noted – many oil and gas wells are built through freshwater aquifers and because shale gas drilling requires the construction of lots of wells.

Looking at the UK the researchers found public data was “sparse” making it hard to know if problems had existed or whether leaks are occurring after wells were abandoned. Indeed, the researchers noted, around 50-100 wells appeared to have no owner at all – a problem for monitoring and liability.

Of the 143 wells operational in the UK since 2000 for which they could obtain some operating data only one has evidence of two pollution incidents, according to the study. Here is a brief run-down of everything you need to know:

Looking back at the data from the last 100 years the researchers found well integrity failure rates of between 1.9% and 75%.

Looking in particular at shale gas wells drilled in the US the researchers found that of 8,030 wells targeting the Marcellus shale inspected in Pennsylvania between 2005 and 2013, 6.3% of these have been reported to the authorities for infringements related to well barrier or integrity failure.

These failures include failing to cement the well properly, failure to prevent migration of the well’s contents (gas, fracking fluid etc) into fresh groundwater and insufficient cement and steel casings between the well-bore and the aquifer to prevent seepage of fluids.

This is a concern because wells often go through aquifers

Much has been made of fears about fracking fluids seeping through rocks back up to surface aquifers. But whilst the authors of the study believe this may be possible, they think it is very unlikely.

Instead, they suggest, the concern should be about wells drilled through fresh water aquifers which could leak – or the contamination of surface groundwater.

As a result shale gas wells may involve drilling through many surface aquifers which may be useful for drinking water, agriculture or may feed wetland ecoysystems and require protection by “preventing hazardous pollutants or limiting nonhazardous pollutants” entering groundwater.

Of the 2152 wells drilled in the UK the authors found that 45% were located above aquifers which could be used to supply drinking water.

Why is this an issue? The report comments “Poor well integrity is a far more likely cause of elevated concentrations of thermogenic methane in shallow groundwater and water supplies than pathways induced solely by hydraulic fracturing. Examples of leaks in shale gas wells have been reported and fines imposed (Roberts, 2010).”

Now the authors suggested there is quite a bit of variation in the estimates of how many wells you need to get a given amount of gas, and they didn’t venture a view on any kind of middle estimate – so we’ll have to stick with their range of between 169 and 714 wells for every 1 Trillion Cubic Feet of gas – over their lifetime.

The UK uses about 3 trillion cubic feet of gas each year so to meet our gas supply from now until 2030 – say – would require between 8112 and 34,272 wells. There are lots of other estimates but either way it’s a fair number – far more than we have drilled over the past hundred years.

So it makes sense to look back and see what we can learn from drilling so far. This is what the authors tried to do, but with very limited success.

The authors found that there is ‘scarce’ public data on old wells. “For the more than 4 million wells drilled in Australia, Austria, Bahrain, Brazil, Canada, Netherlands, Poland, UK and USA alone, fewer than 1% have published or online data on well integrity or barrier failure.”

In the UK the authors found reports of 9 pollution incidents associated with the 143 or so wells operational since 2000 for which data exists. Two (at the same well in Singleton) were linked to well casings.

But the report notes “one should bear in mind that monitoring of abandoned wells does not take place in the UK and less visible pollutants such as methane leaks are unlikely to be reported. It is possible that well integrity failure may be more widespread than the presently limited data show.”

Indeed of the wells drilled in the UK 65% are no longer visible, 53% were drilled by a company which no longer exists or has been merged and 50-100 are entirely orphaned – that is to say, nobody holds any responsibility for them.

What that means is that we don’t exactly know where the old wells are, we don’t know who owns them and it isn’t at all clear who – if anyone – is liable for their upkeep and maintenance.

The photo below shows a well identified by the authors drilled in 2002, temporarily abandoned and – in February 2014 – found on the site of a new housing estate.