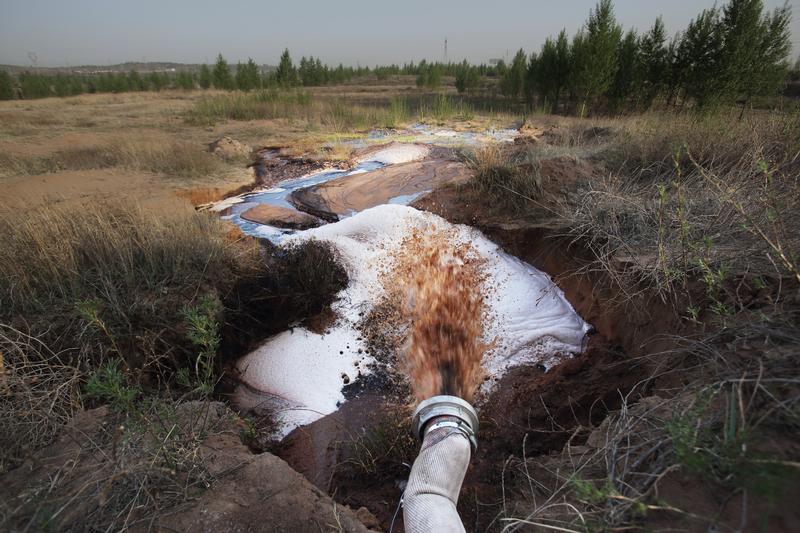 The world’s biggest coal producer, China’s Shenhua group, is to stop extracting groundwater for their flagship coal-to-liquid project in Inner Mongolia’s arid Ordos region in a move which could limit future large-scale coal projects in China.

The announcement follows a field investigation last year which found the project relies on groundwater extracted by wells in a region 100 kilometers away that suffers from very low rainfall.

Groundwater levels feeding Inner Mongolian plains plummeted, reducing the size of a local lake by 62% compared to 2004 and leading to severe water shortages for farmers and herders.

In a letter on the issue, the coal mining giant’s executives wrote “our company, with support and collaboration of the local government, is proactively seeking alternative source of water to minimize the disputes that arose due to the ground water extraction [in Haolebaoji region]”

Limits on water use could jeopardize plans to build a raft of new coal to oil and gas plants in North Western China as the process is extremely water intensive.

The Shenhua Ordos project is one of the first in a new wave of ‘mega coal’ projects across North Western China, which include coal mining, power production and coal to gas and liquids industrial plants.

However, the projects are in regions already struggling with water stress where it doesn’t rain very much (The red and orange areas have the least rainfall on the map below – which shows the bases as dots).

More water than any fossil fuel

This is an issue because, as the Shenhua project has shown, China’s coal projects need lots of water.

Research by the World Resource Institute found that producing Synthetic Natural Gas (SNG) from coal (one part of the Shenhua project) is more water intensive than almost any other form of energy production.

China’s coal already uses around 17% of China’s limited water resources whilst 28% of China’s rivers are reportedly unsuitable even for agricultural use.

The WRI estimates that coal gasification schemes could account for 20% of the impacted region’s total industrial water use in 2011.

That means that by 2015, the water demand of coal power bases could be forced to compete with farming, drinking water and ecological conservation – as happened in Ordus.

In addition to Shenhua’s current plant a total of five projects are approved in the region, accounting for 10% of it’s total water use.

Concerns over water use from coal mining and gasification projects have led the Chinese government to change the rules for new schemes.

Mirroring recent ‘national plans’ to tackle air pollution the Ministry of Water resources has announced a plan to limit coal expansion based on regional water capacity.

The rules mean the approval process for large-scale projects must now include an appraisal of the available water. This could awkward because, in many of the states where projects are planned there isn’t enough water for them – though on it’s own it may cause delays rather than cancellations.

Shenhua is now committed to extracting water from existing open pit and underground mines, however the company plans to increase water use as the plant scales up to produce more oil and gas from coal.

Doing so could lead the firm to look further afield – to China’s Yellow river – for supplies, something which may cause further environmental concern and regulatory unease.