What is the impact of China’s efforts to tackle climate change? 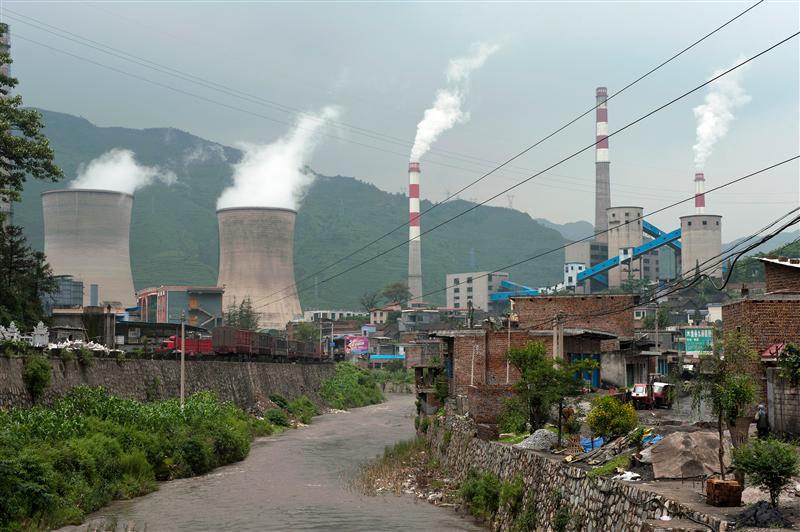 China, the world’s biggest emitter of climate-changing greenhouse gases, may set an absolute cap on its CO2 emissions from 2016 – according to sources quoted by Reuters.

The move comes after a series of coal control measures driven by severe air pollution across the country.

If implemented without new coal plants in other regions the measures announced to date could put China’s emissions almost in line with a 2 degrees trajectory in 2020.

However the reports in Reuters on overall emissions cuts appear less ambitious suggesting the Chinese leadership has room for negotiation on the scale of emissions cuts.

Read more in our China series:

Twelve Chinese provinces – covering 44% of the country’s coal consumption – have already pledged to cut coal use in one way or another. If their commitments are implemented, the analysis by Greenpeace East Asia suggests, these measures could significantly cut China’s coal use and emissions – putting China close to a path consistent with limiting global climate change.

Those emissions reductions still depend the enforcement of the coal consumption measures and there remains a risk that coal projects outside the capped areas could offset some of the reductions.

Over half of global CO2 emission growth between 2002 and 2012 was due to increased coal burning in China.

China’s coal consumption has become the single most significant determining factor for the future of the world’s climate.

China’s coal consumption has already slowed down recently, with a number of key provinces seeing absolute consumption decreases in 2012.

China’s annual growth in coal consumption slowed to 2.8% in 2012. While this still led to significant CO2 emissions, it represented a significant deceleration from the trend over the past decade in which the country’s use of coal grew at 9% per year. (Data for 2013 and 2014, shown in the graphic, are projected figures.)

Ten provinces including Beijing, Shanghai and Guangdong, have seen absolute levels of coal consumption fall from 2011 to 2012, the latest year for which province-level data are available. In total, these ten regions reduced their coal use by 66.5 million tonnes.

12 of China’s 34 provinces, accounting for 44% of China’s coal consumption, have pledged to implement coal control measures.

The blue areas – the Yangtze River Delta (YRD) and the Pearl River Delta (PRD) – have an ambition for absolute reductions in coal use by the end of 2017. Additionally, the yellow provinces – Liaoning and Jilin – will have to limit growth in coal use to less than 2% per year in the period from 2013 to 2017. Until very recently, all of the provinces covered by the plans, with the exception of Beijing, have seen coal consumption grow rapidly.

Assuming a business-as-usual world in which Chinese provinces maintained two thirds of their average rates of growth in coal consumption between 2006 and 2011, then the coal control measures imply reductions in coal use of 350 million tonnes by 2017 and 655 million tonnes of coal use by 2020.

Implementing the coal control measures would put China’s CO2 emissions closer to where they need to be to give a chance of limiting global climate change.

The expected CO2 reduction from the 12 regions alone (about 700 Mt by 2017 and 1,300 Mt by 2020) would bring China’s projected carbon emissions in 2020 close to a trajectory that the International Energy Agency says would be in line with having a 50% chance of limiting global climate change to 2 degrees Celsius.

Aside from the 12 provinces that have pledged coal control measures, 17 provinces have announced intentions to cap or to reduce coal use. So substantial further reductions in coal consumption covering most of China’s coal use could be expected if these provinces spell out the details of their intentions.