How climate friendly is fracking? The latest evidence 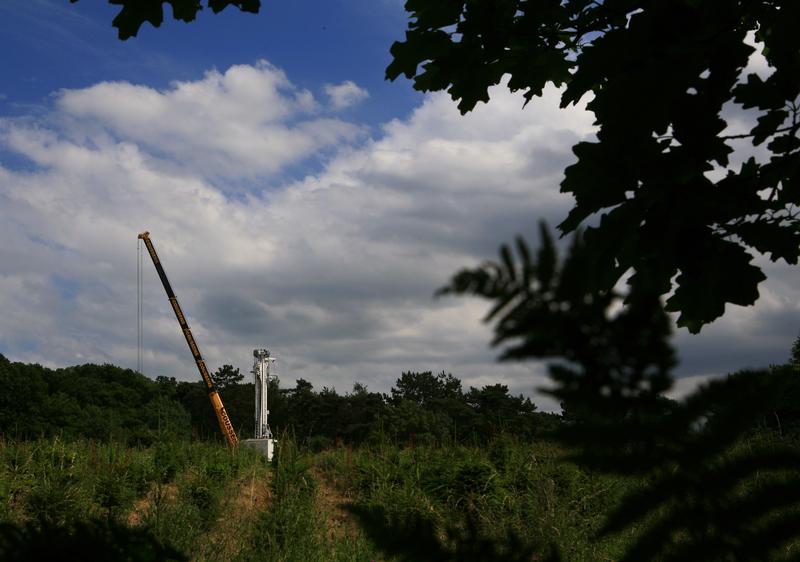 He didn’t, actually, only describing it as “lower-carbon”, but given the press widely reported that he would, we thought we’d take a look at the evidence.

The argument is that it’s worked in the US where shale gas has partially displaced more polluting coal in the energy mix – and it could work in the UK too.

We’ve had a look at the impact of shale in the US before – here – and we’ve also had a look at whether shale is likely to displace coal in the UK’s energy mix anytime soon here.

But the more fundamental question remains – is fracked gas sufficiently low-emission to play a role as a bridging fuel?

Because methane is such a potent greenhouse gas (unless burnt) just a small leak on a shale gas well could potentially render gas, from fracking, far more of a climate risk.

But how much methane leaks is hotly debated – as Carbon Brief explained. A study out today based on evidence from before 2013 suggests shale gas has a similar carbon footprint to conventional gas arguing effective regulation could limit risks.

Over the past year though, the evidence has changed again.

First, the UN’s analysis of methane’s ability to trap heat in the atmosphere increased by 40% last year.  Second, new studies suggest we know even less about if, and how, methane leaks from the fracking process than we thought we did.

Last year the UN IPCC (AR5) revised up the global warming potential (GWP) of methane, indicating it is much more of an extreme risk to the climate than we previously thought.

The report takes a previous global warming potential of methane – GWP being how much stronger a heat-trapping gas it is over a 100 year time period – of 25, to the newer figure of 28. The 28 figure is used by states, but is without the potential of creating climate-carbon feedbacks.

If such feedbacks are accounted for, the figure rises to 34.  This makes methane nearly 40% more dangerous for the climate than previously reckoned.

Fugitive emissions – how much is too much?

But because methane, if not combusted, is so polluting shale gas’s impact on the climate depends on how much methane is released.

A number of recent studies suggest that we have no idea quite how much methane is being released into the atmosphere during fracking and – more concerningly – that we don’t know quite how the leakage happens.

Natural gas is mainly methane, and it can escape through drilling, extraction, flowback fluid, and transportation. In fact, it is often flared on site, and it is widely acknowledged by UK government scientists that methane is released into the atmosphere during shale gas production.

Most of the studies had focused on methane leakage once the gas is above the ground, leading to the arguments over flowbacks.

For fracking to play a role in limiting climate change, therefore, it becomes very important that we know we can prevent leakage.

The importance of green completions

The UK’s Environment Agency and Committee on Climate Change acknowledge the risk of so-called “fugitive emissions”, but they continue to suggest that regulatory measures can minimise the problem.

One way to do this is to capture the gas from the flowback fluids as it’s released, like methane capture and storage.

UK regulations for full scale production of shale gas don’t yet exist, but government scientists have recommended they include compulsory “green completions” which would ensure that gas, once pumped to the surface, isn’t stored in open pits or flared but that instead any gas which escapes is captured and pumped back into the grid.

Up until recently the evidence suggested that – assuming the technology worked – this would reduce methane leakage.

However the more recent studies suggest that efforts to ensure lower methane leakage rates should start before the well is even drilled.

A Utah study found that well casing faults were to blame for methane contamination of water. In May this year a Pennsylvania study claimed cement casing was the problem for 1,000s of Pennsylvania wells and that – again – the methane emissions were higher than anyone realised.

UK regulations suggest that well integrity would be of paramount importance, but if the technology doesn’t exist, or is too expensive to either implement or monitor, then there’s little point in relying on them to make fracking climate-safe.

The alternatives and how they measure up

The government’s Committee on Climate Change suggested that shale gas lifecycle emissions “could be lower than imported LNG [liquefied natural gas]”, but only “if well regulated to ensure measures to stop methane leakage”.

That “if” depended on the advice of the government’s chief scientific advisor, who – in turn – referred to green completions in his evidence.

It isn’t all about methane of course.

As we discussed here exploring for and burning new fossil fuel reserves comes with its own risks. Shale gas would need to displace existing reserves of gas to make sense if we want to limit climate change to 2 degrees.

In a report about shale gas for the British government Professor Mackay wrote:

“If a country brings any additional fossil fuel reserve into production, then in the absence of strong climate policies, we believe it is likely that this production would increase cumulative emissions in the long run. This increase would work against global efforts on climate change. In the absence of global climate policies, we believe it is credible that shale-gas use would increase both short-term and long-term emissions rates.”

It is possible of course that reliable ways are found to prevent fugitive emissions, indeed only today six firms – representing a relatively small part of the industry – signed up to take steps to reduce methane leaks from their oil and gas operations, though few details were given.

It’s also possible that large-scale shale gas production will displace cheaper conventional gas production in places like Russia and Qatar, so avoiding an impact on the climate. It’s possible, but given the evidence, we can’t know it will happen.