What’s going on with renewables around the world? 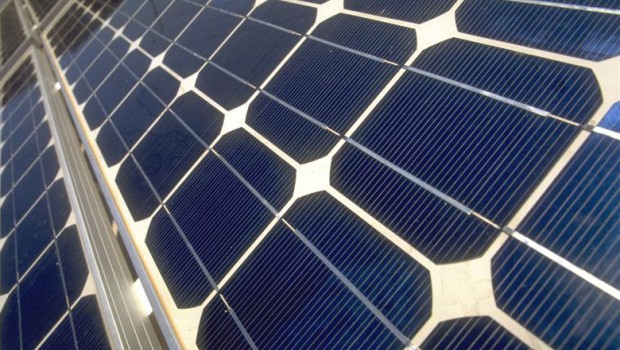 At Ban Ki Moon’s summit in New York, Al Gore pointed out that in 79 countries solar is now equal to or cheaper than other energy. Solar and onshore wind are becoming cost competitive.

Renewables like solar and wind power now make up over a fifth of the world’s electricity. The only thing stopping them from being 100% of supply is political will, according to a new report. We take a look at what’s going on with clean energy globally:

China, if one country could single-handedly make or break our climate, this is it.

China’s top-down approach comes in handy, though, when the world’s biggest emitter of carbon decides to, say, double its wind capacity or triple its solar PV capacity – which it aims to by 2017.

Last year China installed as much new wind power as the rest of the world combined, and as much solar PV as the US over the past decade – more solar installed in 2013 than any country in a single year, ever.

You might have heard of Tata Steel or Tata Power – part of the same India-based multinational giant. Well, Tata Power burns plenty of coal in India as thecountry’s second largest generator.

But Tata Power’s solar division has said that sun-fuelled cells could produce 13% of India’s electricity in just 10 years. Plus, India’s prime minister Modi, who came to power on a pledge to cut power outages (largely off the back of coal), is also pushing solar – and communities are also taking the initiative themselves bymaking community solar projects happen and getting support from investors.

In Brazil and Chile renewables are favoured over new fossil fuel plants such as coal or gas, according to the IEA. A bunch of South American countries are committing to getting their energy from renewable sources at Ban Ki Moon’s climate summit in New York.

Announcements made at the meeting – such as the ones listed below – are the “wind in the sails of the #2014Climate UNFCCC process,” tweeted Christiana Figueres, the executive director of the process. Here’s a selection, shamelessly yoinked from Mashable.

This year will see more renewables energy projects commissioned than since the turn of the century to 2013, according to Bloomberg New Energy Finance(BNEF). Partly this is as a consequence of rising demand on the continent, and also the falling costs of solar and wind.

The IEA says in South Africa renewables are already preferred over new carbon-emitting plants – and BNEF identified South Africa, Kenya and Ethiopia as the leaders in the African renewables growth spurt.

At the Ban Ki Moon Summit the Ethiopian president committed the country will have zero net emissions by 2025 and Mozambique’s said it will promote a low-carbon economy as a national priority.

In July it was announced Climate Investment Funds are pouring $300,000(each) into nine low-income African countries to boost their renewables to take the total in the scheme up to 25. The countries are: Benin, Ghana, Lesotho, Madagascar, Malawi, Rwanda, Sierra Leone, Uganda and Zambia.

Plus there are have been several high points in the past year as far as renewables are concerned: Denmark had a record 41% of their energy mix from wind power; Spain had its first commercial solar project without subsidies plugged in; and Germany, Europe’s biggest economy, already gets around a quarter of its electricity from renewables – where citizens rather than big energy firms own most of the country’s wind and solar.

The debate over adopting a renewables law rumbles on in Australia, with prime minister Tony Abbott seeking to break an election promise on the topic.

Meanwhile, unsubsidised renewable energy is now cheaper than electricity from new coal and gas fired power plants in Australia and South Australia looks set to reach half renewables power within the decade.

Large wind farms and solar plants are now cost-competitive with gas-fired power in many parts of the US even without subsidy.

And there is a boom in rooftop solar – California installed more last year than in all the previous years combined. California is also home to the world’s largest solar thermal plant, in the Mojave Desert.

The US is also home to Google – which is heavily investing in solar and R&D into the more esoteric (read cutting-edge) renewables like flying wind power – andGoogle’s boss has recently called climate deniers “liars”.

Elon Musk’s car firm Tesla is building the largest battery making factory on the planet, which will be heavily powered by renewable energy. US journalistChristopher Mims argues that: “There’s a case to be made that Elon Musk will have a bigger impact on climate change than all climate marches ever.”

And there are also a load of other US (and non-US) companies such as Walmart and IKEA that are driving huge increases in corporate solar installations. Andmany of them are also promising to using 100% renewable power by 2020.