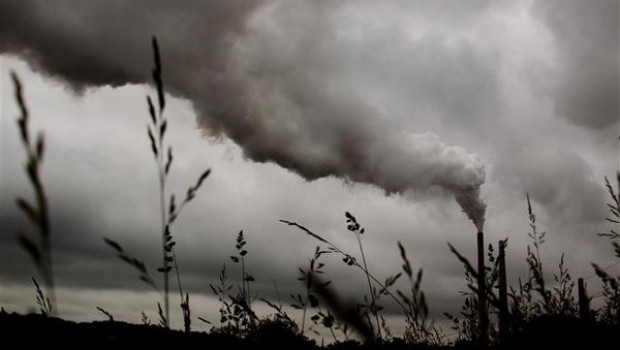 A loophole in the EU’s Emissions Trading Scheme allowed the UK’s power plants to benefit from billions of pounds of free carbon allowances between 2010-13, according to an analysis by Unearthed.

The loophole, which contributed towards a collapse in the EU’s price on carbon, helped allow coal to remain profitable during the period, even when the coal price was high, allowing more plants to stay open than expected.

Instead, with the UK’s power market facing significant over-capacity government data shows five of the UK’s gas plants closed or were taken offline over three years – equivalent to around 8% of demand.

The ETS scheme, which was intended to push coal off the power system, actually contributed to keeping them open, whilst allowing gas plants to close.

The free allowances, which were paid until 2012, went to both gas and coal plants – but did not appear encourage plants to stay online.

In 2012 GDF Suez’s mothballed Teeside plant received more than £20m in credits despite near-zero generation during the year. The following year, after the allowances ended, the plant closed.

The analysis found 4.7GW of capacity is now offline, around 8% of winter peak demand based on National Grid figures.

At least three other plants are no longer part of the power market bringing the total amount no longer trading to 6.4GW, more than 10% of demand.

It became cheaper to burn coal

The late 90’s “dash for gas”, combined with existing coal plants, left the UK with excessive spare capacity – some way from where we are now.

As coal came off the system, ministers predicted, gas would become profitable allowing existing plants to stay online and new plants to come on stream.

Even in 2012, with gas plants already coming offline, DECC insisted the “market fundamentals” for gas replacing coal remained strong – due to the price of carbon.

High prices in 2011, and new air quality standards kicking in in 2012, did drive large amounts of coal off the system. But as the coal price fell (see chart below) it was gas plants which started to close.

But coal emits more CO2 than gas, meaning a high price on carbon would make gas plants more competitive even with a low coal price.

The problem was that in 2012, the price of EU carbon credits collapsed.

In fact, far from discouraging coal generation the EU’s carbon market could actually have achieved the reverse.

A well known loophole in the scheme allowed coal and gas plants to receive millions of free permits which could be counted off against their actual emissions – or simply sold on the open market.

In 2011 and 2012 the value of these permits exceeded 2.4bn euros, with the majority going to coal plants.

The subsidy meant that even plants which hardly generated any power in a year could receive their full allocation of credits.

The subsidies expired at the end of 2012 but with coal, at this point far cheaper than gas it was the gas plants which began to go off the system.

The Teeside plant mothballed around March 2011 received a year of free credits before closing in 2013.

In the same year Centrica mothballed two of its plants at Roosecote and Kings Lynn before again announcing that the former was to close. The firm has also put a number of it’s smaller plants into the grid’s Short Term Operating Reserve.

SSE took Keadby and Medway out of service for a year. Medway returned in 2014 but Keadby remains in “deep mothball”.

Those plants have been joined by SSE’s Peterhead and Scottish Power’s- until recently normally functioning – Rye House.

Both have recently joined the National Grid’s Supplemental Balancing Reserve which means they have opted out of the normal power market and are instead receiving a subsidy from the National Grid to remain open to provide reserve power.

The withdrawal of gas plants from the UK market has led the government to propose capacity payments for power plants – effectively subsidies to remain on the system.

The payments will be made to both gas and coal plants, however, so are unlikely to drive any substantial change in the mix of generation.