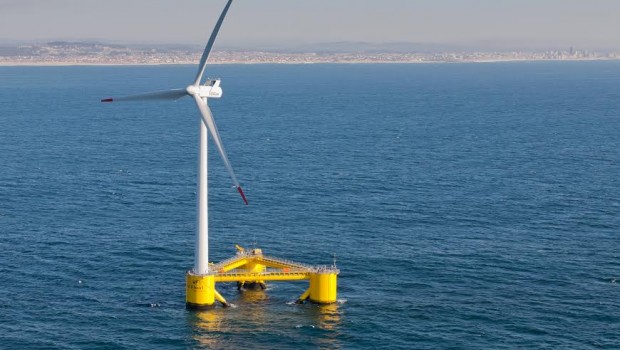 UK offshore wind could be priced at £100/mwh by the early 2020s – £50 cheaper than it is currently – if a strong decarbonisation target is put in place by the next parliament, according to industry giant, Siemens.

The comments came at an industry event sponsored by the Green Alliance.

A number of big-six utilities have pulled out of high profile offshore projects in 2014 due to everything from birds to sharks – and concern over future government support.

However in recent months the industry has received a boost.

Danish giant Dong recently announced a series of deals, and Vestas said it would re-employ 800 workers at the Isle of Wight and Siemens said it would build a factory in Hull.

Matthew Knight, director of strategy and government affairs at Siemens Energy said the UK has little alternative to wind, if it wants to cut emissions.

“The government decarbonisation target is key to giving confidence to invest,” he said. “We can and are investing in improving technology to bring down the cost, but that’s not the only driver – it’s political uncertainty that adds a risk premium to the cost of finance, which can make up up to a third of the cost an offshore wind farm.”

“The electricity market’s broken, it won’t deliver. No new power station gets built without government underwriting, but they are doing it blindfolded. We need a policy landscape to get us there efficiently. That includes a plan for turning all the coal off by 2030,” he said.

Not all investors are sure the market is the problem. Ian Temperton, of Climate Change Capital, also agrees that £100/mwh is possible by 2020, but that there are problems within the industry which need to be fixed.

The industry is under pressure because government support for offshore wind – and all renewables – officially ends in 2020.

A report published yesterday by think tank Green Alliance called for the government’s current subsidy schemes to be extended beyond 2020 to avoid continuing what one panellist – Colin Morgan from DNV-GL Renewables – called a cycle of boom and bust.

But more subsidies come with pressure to ensure costs continue to fall.

“Floating wind technology, for example, could be a game changer,” said Mr Morgan.

Currently a major cost of building wind offshore is installing the turbines in increasingly deep waters to take advantage of the stronger winds farther out.

Funding wind projects will be the biggest challenge faced by the industry in the coming years.

But before the industry starts building turbines which float – it’ll need to build the projects already on the table, and it is struggling to attract sufficient finance.

“Climate change is a capital problem,” Temperton said. “Industrial scale offshore wind will be the only way we decarbonise in the UK.”

“Governments in Northern Europe have to work together in for their own market in offshore wind,” said Matthew Knight.