Comment: Below the headlines – the nuts and bolts of a new global climate deal 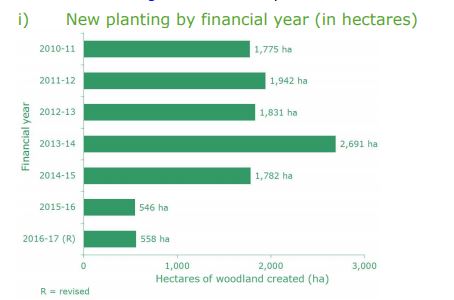 In a German conference hall a couple of weeks ago, I listened to a Chinese negotiator talk about the challenge of designing an international climate agreement robust enough to last for thousands of years.

I think he was joking – I hope so at least – but the gist of what he was saying was that if there is a Paris climate deal, it could be about much more than a set of one-off pledges to reduce pollution.  It could become the means by which countries calibrate their transitions towards a zero-carbon energy system, over a matter of decades.

Delegates from other countries joined in, pondering how to take account of countries’ changing economic circumstances during such a vast shift, whilst ensuring that commitments already made are not abandoned.

Such thoughtful discourse is not traditionally part of our picture of international climate negotiations.

We are used to reporting on hackneyed exchanges, entrenched positions, and the failure to deliver on lofty goals. We are less used to nuance, or to considering the real-world complexities facing negotiators.

A successful agreement must, at a bare minimum, increase the confidence with which nations undertake their energy transitions. But this in turn requires acknowledging the costs and benefits of these transitions in different countries, and that the balance between them will alter over time – for example, as climate change impacts become more apparent, or the costs of clean energy fall.

In recognition of such changes, it is now widely accepted that any new agreement will have no permanent ‘firewall’ between groups of historically designated ‘developed’ and ‘developing’ countries.

Instead, each country will set out on the pathway towards a low (or ideally zero) carbon economy, moving at different speeds according to their historical responsibilities and current economic capacity. Moreover, countries’ offers of future action will be ‘nationally determined’, and involve technical analysis and in-country consultations about how fast they are able (or willing) to move.

It was preparation for these national offers that spurred the intense recent dialogue between China and the United States – the world’s largest economies and biggest polluters – and resulted in last week’s joint announcement of plans to drive down emissions and support clean energy.

Having such real world discussions at the heart of the climate talks arguably increases both the likelihood of reaching an agreement and the seriousness with which it will be taken. In some ways it is a massive breakthrough. However, relying entirely on such a bottom-up approach also carries significant risks.

Seasoned climate watchers will recall that the ‘classical’ model for an ambitious and fair global deal is very different.

It proposes setting a ‘carbon budget’ (the amount of greenhouse gases that can be put into the atmosphere without breaching an agreed temperature limit), and then using a ‘fair shares’ model (based on factors such as historical responsibility for emissions and per capita income), to divide this up amongst nations.

And there is of course logic and justice to this, in that it ensures (in theory) that the action undertaken is sufficient to meet the stated environmental goals; and recognises that countries do genuinely have very different responsibilities and capabilities for addressing the problem.

But here’s the rub: climate change is an issue deeply rooted in the way that countries power their homes and generate their income.

The challenge of ‘decarbonisation’ (ugly word!) is therefore also the challenge of achieving large-scale economic change quickly, in a vast plethora of different social, political and physical contexts.  And unless national Governments have confidence that they can do so without destabilising their basic – and varying -social contracts, it is hard to see how many of them they can or will sign up to a deal.

This is why the ‘nationally determined’ parts of the current negotiation are so important.

The problem is that whilst this bottom-up approach may be good at engaging with the realities of energy politics, it is likely to prove rather bad at capturing other, and equally crucial, aspects of the real economy.

Most fundamentally, it could simply fail to incorporate the risks of dangerous climate change. These have always been difficult to capture because they manifest in different places and at different times.

Poorer and/or smaller countries with limited capacity to influence international politics have been hit first. Low-income and marginalised groups in society with limited capacity to influence national dialogues have been hit hardest. And young people, whose future interests are rarely taken into account in political planning cycles, will ultimately be hit worst of all.

This problem is exacerbated by the patchy nature of national risk assessments. Larger and richer countries are amongst those that have downplayed the risks to their prosperity and security from climate change.

Thus in Canada and Australia – both arguably highly vulnerable – debates about climate action have been dominated by the potential costs of cutting pollution, not the impacts of extreme weather on agriculture, forestry, water supplies or ecosystems (for example).

As a consequence, whilst heated arguments are now underway in many countries about the costs of switching to cleaner energy sources, the reasons for doing so remain only partially explored and understood.

Many countries, therefore, will ‘low-ball’ their proposed emissions reduction targets, focussing overwhelmingly on the costs of acting, and not the costs of doing too little, too late.

This means that the pledges made in the run up to Paris will almost certainly be insufficient to keep the world on course to limit temperature rises to 2 degrees.

If that happens it will create huge gulf between what climate analyst Tom Burkecalls climate ‘makers’ – those determining what our future climate will look like – and climate ‘takers’ – those on the receiving end of disruptive change.

Left unaddressed, this will fuel the legacy of resentment and despair amongst affected nations and communities – some of which (at least) will be tempted to give up on efforts to cut pollution, and to focus instead on securing immediate economic relief from whatever source is available – including high-carbon industries and allies.

So the question for leaders at the global summit next year becomes clearer.

How can Governments put the realities of climate risk – and the impacts across the world – squarely at the heart of a new deal, without resorting to a static ‘top-down’ system of emissions targets? National commitments alone won’t do that.

One step being considered is to establish a goal to phase out fossil fuel emissions in entirely by mid-century.

This is not a substitute for an absolute carbon budget (which remains a vital tool), but it would establish an irreversible direction of travel for development, and send a strong signal to investors. Greenpeace and many others are arguing that such a goal should signal the move towards a clean and renewable energy system.

To be effective, however, it would need to work in tandem with shorter-term objectives. It is these shorter ‘commitment periods’ that will form the backbone of a new climate deal. They will ensure that countries come forward with new pledges to cut pollution on a regular cycle, moving towards a zero emissions future.

A key issue at next month’s preparatory summit in Lima will – counterintuitively – be ensuring that these cycles are not too long.

Five year periods, being advocated by many vulnerable countries and backed by civil society, would allow for frequent reviews of targets against environmental goals – and leave room to factor in changes in our understanding of climate risk, and falling clean technology costs.

Regular assessment of the adequacy and fairness of national pledges could also prove a spur for new initiatives to cut pollution – including some that are less dependent on the super-cautious negotiating positions of national governments, and more connected to innovation in the wider economy.

A ‘short-term ambition’ plan of this kind has been running under the UN climate convention since 2010, and has spawned some useful outcomes, for example on restricting the uses of climate polluting refrigerant gases.

But there is still much more that can and should be done to harness the willingness of investors, businesses and city leaders (for example), to act more quickly than national politics allow.

After all it is their collective energy that has motivated the Peruvian hosts of this year’s climate talks to translate the many proposals made at the recent Ban Ki Moon climate summit into programmes of practical action.

Filling the gap on ambition is, however, only part of the solution.

Whilst systems already exist to encourage vulnerable countries to plan for the impacts of a climate change, there is a clear case for strengthening this element of any future deal.

Regular cycles of risk assessment and adaptation planning would provide a snapshot of the real-time impacts of climate change (something that doesn’t currently exist); whilst allowing governments to take into account a possible 3 or 4 degree temperature rise when making investment decisions – if this was what was implied by collective efforts to cut emissions.

Such assessments would highlight the implications of rising temperatures for international development programmes – since efforts to alleviate poverty are likely to be seriously compromised by climate change – increasing the need for development aid in future, and reducing the effectiveness of what has already been spent.

Indeed, there is a strong case for linked cycles of financial planning to work alongside pollution targets and risk assessment plans – with richer countries making regular pledges to the Green Climate Fund, in line the scale of actions being proposed on mitigation and adaptation.

Get the detail of the risks

Prudent financial planning should also spur further reform of the framework of global institutions, to ensure they are fit for purpose under a changed climate.

The World Bank has already undertaken a review of the impacts of a 4 degree temperature rise on future development. Similar efforts from institutions working on agriculture, forestry, oceans management and infrastructure, as well as security and disaster relief, would increase their effectiveness and resilience.  They would also help drive robust risk analysis and adaptation planning in all countries, not just the most vulnerable, or those seeking international financial support.

Such action could fruitfully be captured under a long-term goal to increase shared climate resilience, which would complement a long-term emissions phase-out goal.

An agreement of this kind, based on long-term goals and repeating cycles of planning and action is (of course) unlikely to emerge in the relatively smooth form described here (if, indeed, you think this is smooth).

But it does represent a genuine effort to marry the political and practical realities of energy politics with a clear understanding of risk, in an agreement that can take account of the needs of climate ‘takers’ as well as ‘makers’. It is also co-incidentally, the foundation of the UK’s own domestic Climate Change Act.

For politicians waking up to a tough year of negotiations, keeping this picture in mind might help focus minds and set priorities. The ingredients of a durable agreement have been laid out. What sort of a meal the leaders and negotiators of 195 or so countries will make of them is still anybody’s guess.