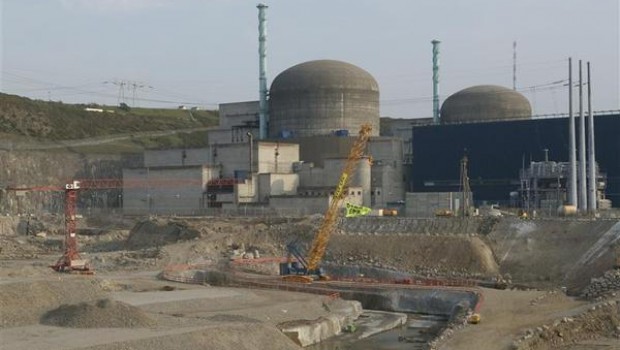 I am beginning to feel a bit like the Kremlinologists of old, who used to try to work out what was really going on in the heart of the massive Soviet empire – the Kremlin – from the crumbs of news or gnomic statements that emerged from the edifice.

Except the focus is (as the Financial Times christened it) the biggest and most controversial infrastructure project in Europe, Hinkley Point C nuclear power project.

Given UK consumers are on the hook for an undiscounted £37billion of subsidy to this project, you’d think democratic principles would require that all developments were subject to full public scrutiny. But no; it’s all happening behind closed doors and we have to do the Kremlinology thing.

A few new scraps of information have emerged that do suggest the project is far from going swimmingly – indeed Paul Brown noted the same recently. There are 3 main points.

Further understanding of the weakness of the EPR design come from the actual experience of trying to build it. The French project in Flamanville has announced further delays and will now take a decade to build instead of the original timetable of 5 years.

The other EPR under construction in Europe is in Finland at Olkiluoto. Construction started in 2005 was originally scheduled complete in 2009, but earlier this Autumn it was announced it will now bealmost a decade late in 2018, if there are no more delays. It’s not easy building an EPR.

Secondly, the other observation the Cambridge engineer had was that the Chinese – who are experimenting with building several models of reactor – appear to have rejected it for their future nuclear programme.

This is a little hard to square with what the Chinese view of the Hinkley project is, because the Chinese state-backed companies China General Nuclear and China National Nuclear Corporationreportedly want a greater share of the supply chain contracts. Presumably because they anticipate the skills that would be developed would be transferrable to other nuclear designs/engineering, but if anyone can shed any light on this thinking I’d be glad to know.

The Chinese are playing sufficiently hard-ball that an industry source has told The Times “We are desperate. The Chinese are not going to invest in Hinkley Point unless they get a supply chain.” However a key justification (presumably) for the French Government in standing behind the companies EDF and Areva who are developing and deploying the EPR is getting some employment in the French nuclear sector. They cannot be happy about the Chinese wanting to pinch some of those jobs as part of the funding negotiations.

So in turn this means that EDF are turning to other potential investors such as Saudi Arabian state-controlled Saudi Electric. Presumably having other investors and reducing the Chinese stake means more leverage in the negotiations about where those valuable supply chain jobs land.

This leads to a couple of conclusions. One is that if you’re based in UK looking for some high value contracts from the Hinkley project, don’t bet the farm on getting any – the destination of those jobs will be stitched up alongside the funding arrangements, with the UK likely to lose out.

The other conclusion is around engineering standards. Questions have already been raised about the how an independent regulator would police standards with Chinese company involvement. With the Chinese companies clearly wanting supply chain manufacturing jobs, that issue becomes more than a notional one. The challenge to the UK regulator, the Office of Nuclear Regulation, when some of the problems at Olkiluoto emerged from the production of components, is obvious.

Thirdly, a minor investor but a significant player in the Hinkley project (10% of funding) are Areva, the reactor vendor. They are in considerable financial trouble and still face the possibility of their shares being downgraded to junk bond status by ratings agency Standard and Poor. So the prospect of them finding around £2.4bn to fund their 10% of the project – in order to show off a design that clearly isn’t that good – has to remain in doubt, even though the French state is standing behind them.

In fact it turns out that without telling anyone, the UK government has been quietly questioningwhether Hinkley will go ahead after all, or worrying if it does go ahead that it might be years late (that Kremlinology thing again).

The only thing that guarantees a prompt arrival for an (allegedly) critical piece of UK energyaccording to The Times is “Vincent de Rivaz, EDF chief executive, providing his word that it will be on time”. This is the same bloke who promised that Hinkley would be cooking Christmas turkeys in 2017, when now even under best case it will barely be started by then. You’d have thought the UK government would want a guarantee with slightly more teeth, but apparently not.

And in case anyone is thinking that other models of reactor might be a lot better, the first AP1000 being built in USA appears to be coming in at a cost of $6360/kW, compared to Hinkley’s $7600/kW, which is obviously less. Except that notably price comparisons (although difficult) tend to show most forms of power are significantly cheaper to deliver in US than in UK, so there is good reason to think those AP1000 prices would be significantly higher this side of the Atlantic.

For all the trumpeting of a nuclear renaissance, Hinkley still looks to be as distant and expensive as ever.