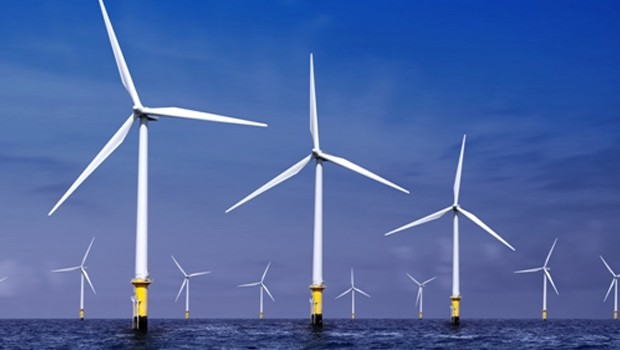 Late last night news broke that Germany’s biggest utility is to split in two, with the bit that is still called EON focusing its efforts on renewables, power distribution and, um, “customer solutions” (we think that means selling us power).

But what does that mean exactly? Are EON going to shut all their coal plants including the UK’s Ratcliffe? Is it creating a ‘good EON’ and ‘bad EON’ and what does ‘bad EON’ do? Here is everything you need to know:

Who are EON again?

Known in the UK as one of the ‘Big Six’ that dominate the energy market EON are the third largest domestic supplier with 5.3 million customers (they have 33 million in total), they control a number of power stations and also own assets in the North Sea.

Their HQ is in Germany, where EON is the country’s largest utility with huge investments in coal, gas, nuclear, hydro & offshore wind plants. It also happens to be a huge distributor of energy & power across Europe, oh and it has a massive trading arm which, amongst other things, buys gas from Russia.

Ok, and what’s the big story?

Germany’s energy transition towards renewables, the rapid global growth of clean energy across the world and trouble for its fossil fuel plants has convinced EON to split itself in two.

The main company, still called EON, will ditch all its traditional bits. That’s the coal, gas, hydro and nuclear power stations, the drilling rigs in the North Sea (which are themselves being reviewed) and its fossil fuel trading division. They’ll go to a new company, called — for now  “New Company”.

After flogging its entire Spanish and Portuguese business for 2.5bn euros to fund the move new EON, 40,000 workers (out of a total 60,000) will focus on increasing investment in wind, solar, smart grids and customer services.

What does this mean for clean energy?

There is really no two ways about it; the decision by Germany’s biggest power company to hang the success of its core business — at least partially — on the success of renewable and smart energy will be seen as a big boost for the sector, encouraging investors and lending credibility to Germany’s plans to invest in renewable energy.

At the press conference to announce the move, EON’s management highlighted their investment in offshore wind in the UK and Germany as an example of the kind of project key to the firm’s success. They also plan to invest substantially in smart meters.

The move by EON comes after another European energy giant, Vattenfall, announced it wanted to pull out of brown coal mining.

Many expect it may be followed with a similar move by Germany’s other power giant, RWE, who own Npower in the UK. If that happens two of the UK’s Big Six would be German renewables companies.

I’m with EON, does this mean I’m getting renewable energy?

That said, you would expect EON to offer renewable-only options and to invest further in smart meters. It’s rivals have already teamed up with Google to offer the Nest smart thermostat, and so we may see more of that sort of thing for both domestic and industrial customers (think fridges, or factories, turning down when the power price is high).

And it’s a hit for investment in fossil fuels right?

No. Actually this works well for EON’s coal and gas plants and the 20,000 staff who work in that part of the company.

EON has set up a really good deal for new, fossil fuel-heavy, company, which it will hold a minority stake in (for a while at least).

What it’s done is keep all of the debt with the parent firm, the EON that does renewables and the like – and left the new company, which owns the gas and coal plants, almost entirely debt-free.

Because the new firm also holds EON’s existing hydro and nuclear stakes it may actually generate more money from renewables than the parent company.

There are some challenges, though, for ‘new company’ and its investors.

The firm made clear that it will depend for its future on the UK’s ‘capacity markets’, which allow payments to gas and coal plants to remain open even when they are not profitable (for example due to competition from renewable energy) and provide ‘security of supply’.

It also faces costs in Germany associated with the wind down of its nuclear power plants. The firm says it will give the new company enough money to cover these expenses, but combined with the uncertainty over whether it will make any money from its power plants its easy to see that this is the riskier bet.

What is this really all about?

EON is keen to sell this move as a switch to a cleaner, smarter company, yet at its press conference the management admitted they didn’t know which firm would do better in the long run — so why do it?

The fossil fuel firm has its own expansion plans, looking to become a major gas investor in Europe and beyond. In fact, it’s looking to build a coal plant in Turkey.

With no debt to worry about the EON of gas and coal plants isn’t going away, it’s just changing names.

The problem for EON, as we covered earlier this year, is that the firm as it was didn’t make any sense.

Investors who like to put their money somewhere safe didn’t necessarily see EON as a safe bet (the share price has fallen over the past five years) but the company wanted their money to build power grids and offshore wind turbines, safe investments backed by the government.

On the other hand the fossil fuel bit of the firm was essentially competing against itself in an effort to stave off competition from clean energy. EON is part of a EU lobby group which has actively campaigned against subsidies for renewables.

In splitting the company EON’s created a firm which your pension fund can buy into — an outfit which owns regulated power grids and subsidy-funded offshore wind farms and dominant positions supplying power to consumers.

And by taking all the debt with it, it has created another firm for investors who like a bit more of risk. A debt free global gas and coal company ready to make big profits if politicians offer support to Europe’s beleaguered fossil fuel sector.