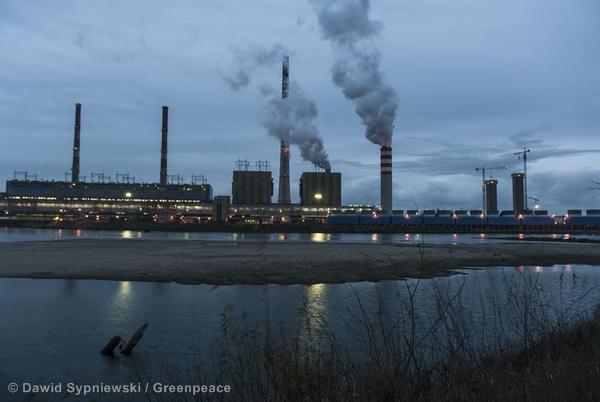 The EU’s new infrastructure plan could include new coal mines in Poland and eastern Europe, according to an analysis of newly published documents by international NGO, CEE Bankwatch  Network.

The documents, presented by the European commission today, include details of infrastructure projects bidding for support from the 300bn euro plan within each member state.

It comes as EU negotiators are in Lima arguing for tougher global climate targets.

The plan will use around 21bn euros from the EU’s budget and the European Investment Bank (EIB) to provide guarantees to projects considered to be strategic investments in European infrastructure – creating a new funding body to work alongside the EIB.

The EIB will then seek to raise further 60bn euros to invest in unfunded projects across Europe.

The bank, which has previously committed not to finance coal plants, welcomed the list of projects which amounts to a total of over a trillion euros.

“It is also urgent to tackle the significant non-financial barriers identified by the Task Force that prevent investment for viable projects from materialising,” said EIB president Werner Hoyer.

Poland’s bid for support includes plans for a new lignite (brown coal) mine and power plant in Gubin and giant hard coal plants in Laziska and Czeczott as well as money for Kozienice hard coal power plant already under construction worth around 8bn euros, as well as funds to modernise Poland’s ageing fleet of existing plants which would otherwise be forced to close under EU air quality rules.

Polish coal projects have struggled to attract investment due to the high cost of mining and concerns amongst investors that Europe’s own plans to cut emissions by 40% are incompatible with expansion of the Polish coal sector.

Referring to the Gubin project the leaked document notes:

“There is high risk that without appropriate support mechanisms, financial closure and investment implementation may not be feasible.

The support for Polish coal could be at odds with EU plans to focus investment on projects which are economically viable and deliverable in the short term.

The list was put together by an EU task force including the European commission, member states, the EIB and industry representatives – there were no representatives from civil society.

The UK’s plans include significant support for new biomass plants to meet the UK’s 2020 renewable energy targets which face “concerns over the sustainability of biomass”.

The largest chunk of infrastructure money in the UK’s list is 46bn euros for new nuclear power stations which have been hit by “funding shortages due to lack of support from utilities and private investors”.

The projects need EU help in the form of “EIB senior or subordinated debt or guarantees for developers and supply chain”.

Under the environment section of its pitch the UK also lists support for offshore underground coal gasification with carbon capture claiming, “this project can attract commercial investment if backed by loan guarantees but needs £23m up front in 2015 for pre-commercial testing.”

The list of projects is to be further discussed – and reduced – by the European Council, Commission and the European Investment Bank and no final decisions have been made yet.