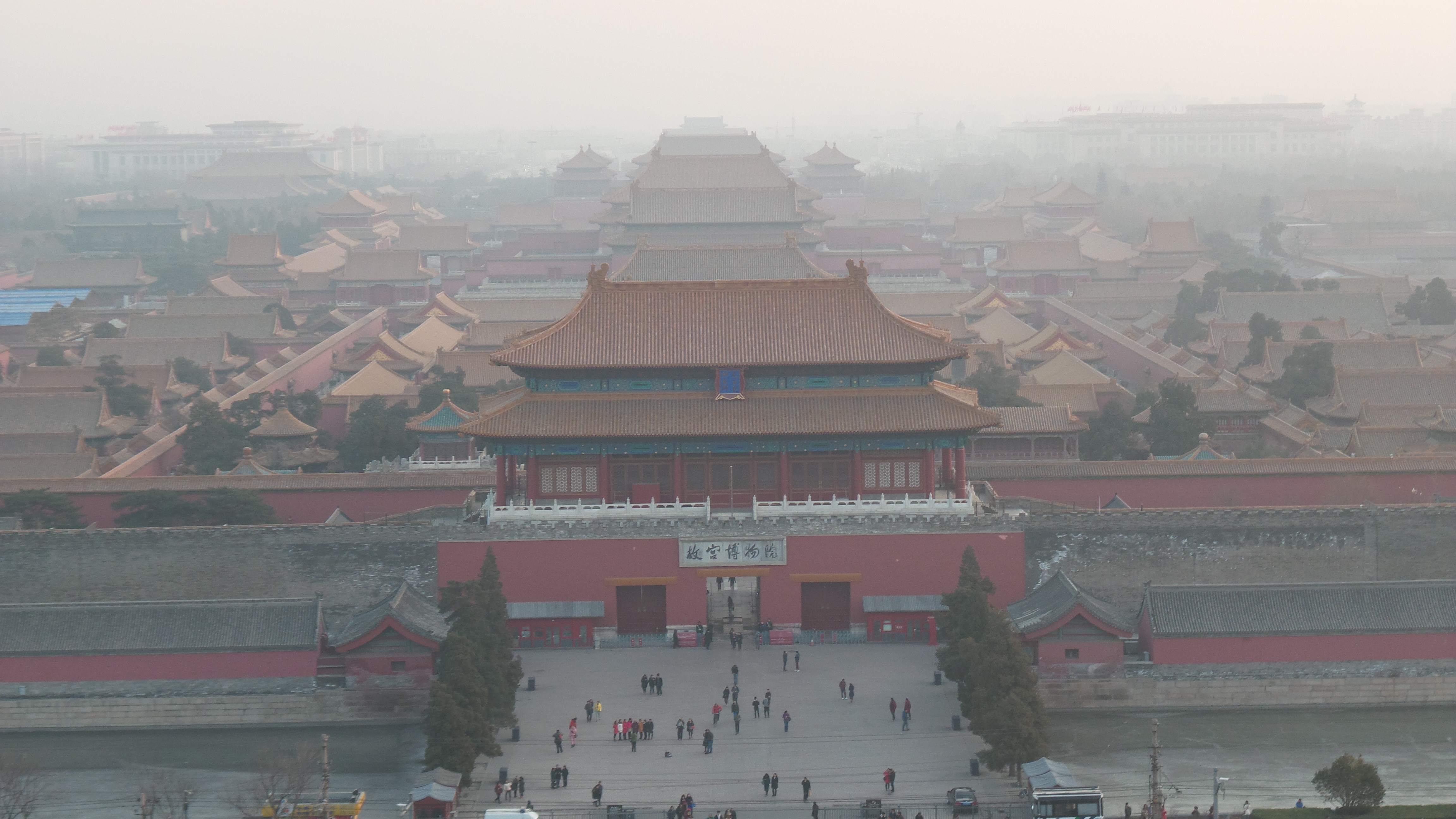 The smog in Beijing is famously bad in January – the scale of it comparable to a natural disaster. Through a window I watch the sky darken in despair.

Visibility is down to less than ½ a mile. There are no birds. No open windows. And the smog has swallowed the sun. And yet everyone around me remains calm.

I’m visiting China for the first time and, while here, I’d hoped to see the reality of life in Beijing’s ‘smog season’. But in a short few days I’d got more than I’d bargained for and soon found myself visiting hospital. Normally, I hardly ever get sick. 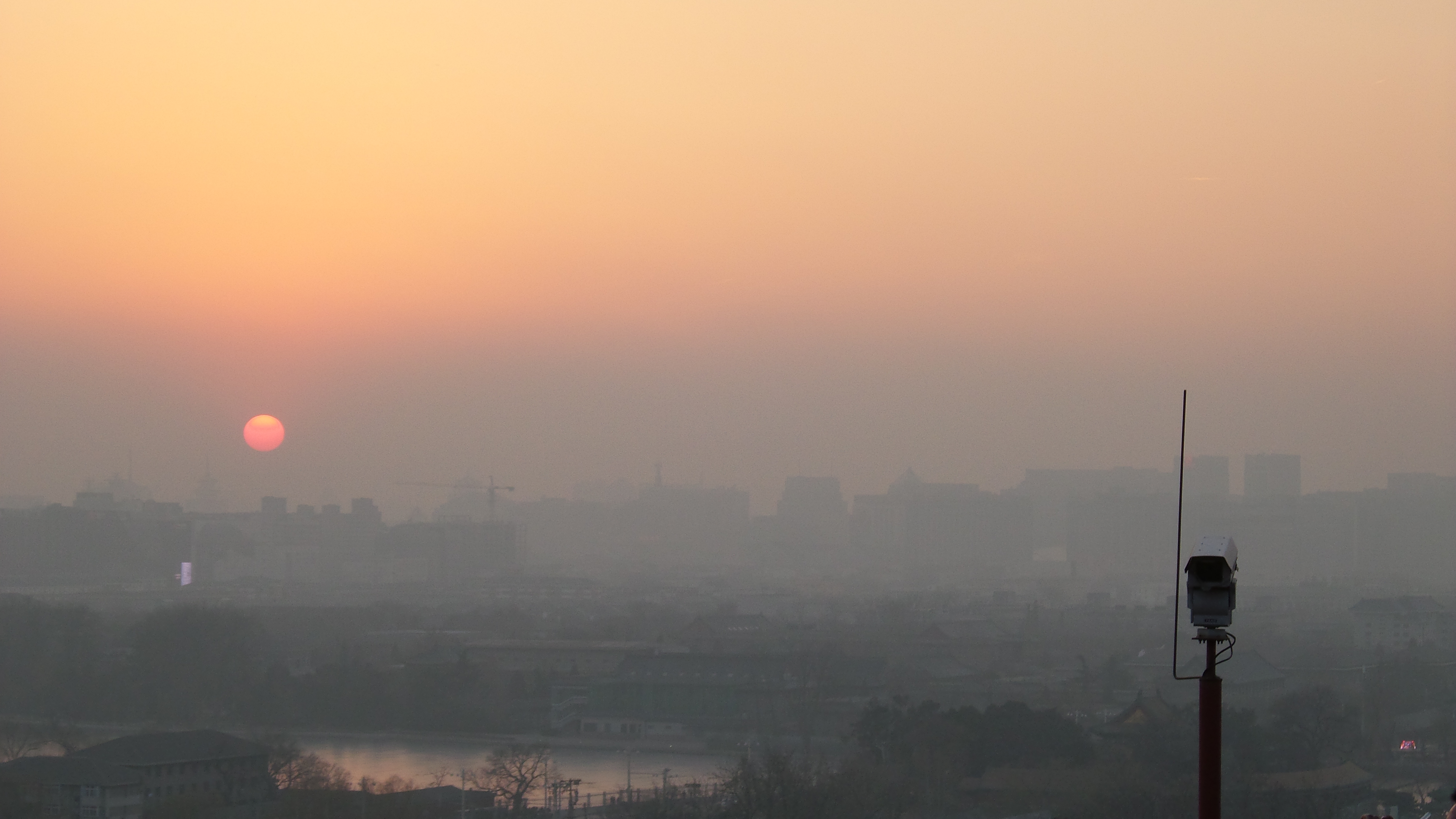 She ran some tests and was glad to tell me that I didn’t have pneumonia. But I had contracted the flu and a chest infection.

“Do you see a lot of patients with air pollution related illness?” I asked. “Yes,” she said with a sigh. “But this winter is also particularly warm and pathogens are more active in warmer weather. It is likely that exposure to Beijing air over the past few days has weakened your immune system. It sounds like you have ‘Beijing cough’,” she smiled.

Yu Chong, senior communications officer for Greenpeace China, meets me at the hospital and we go to lunch. Outside, we talk through paper masks as if we were just a little hard of hearing. Across the street we push through doorway dust-covers and sit down to eat.

Yu Chong says, “The pollution mostly comes from coal-fired power stations and energy intensive industry in the region. Two years ago, Beijing people were more active on the issue of air pollution, but now it is one of many problems facing people here. Today, people are worried more about water pollution and food safety.”

I ask why people have stopped campaigning for cleaner air. “The central government has changed its policy, but the changes in air quality will take years as polluting industries are phased out. Even with strong air controls, it could take as long as 5-10 years to clean the air in Beijing. So people have become complacent,” she says.

The table next to us is also talking about the smog. Yu Chong translates for me, “They say, ‘If you stay in Beijing for ten years you’re going to get lung cancer.’” 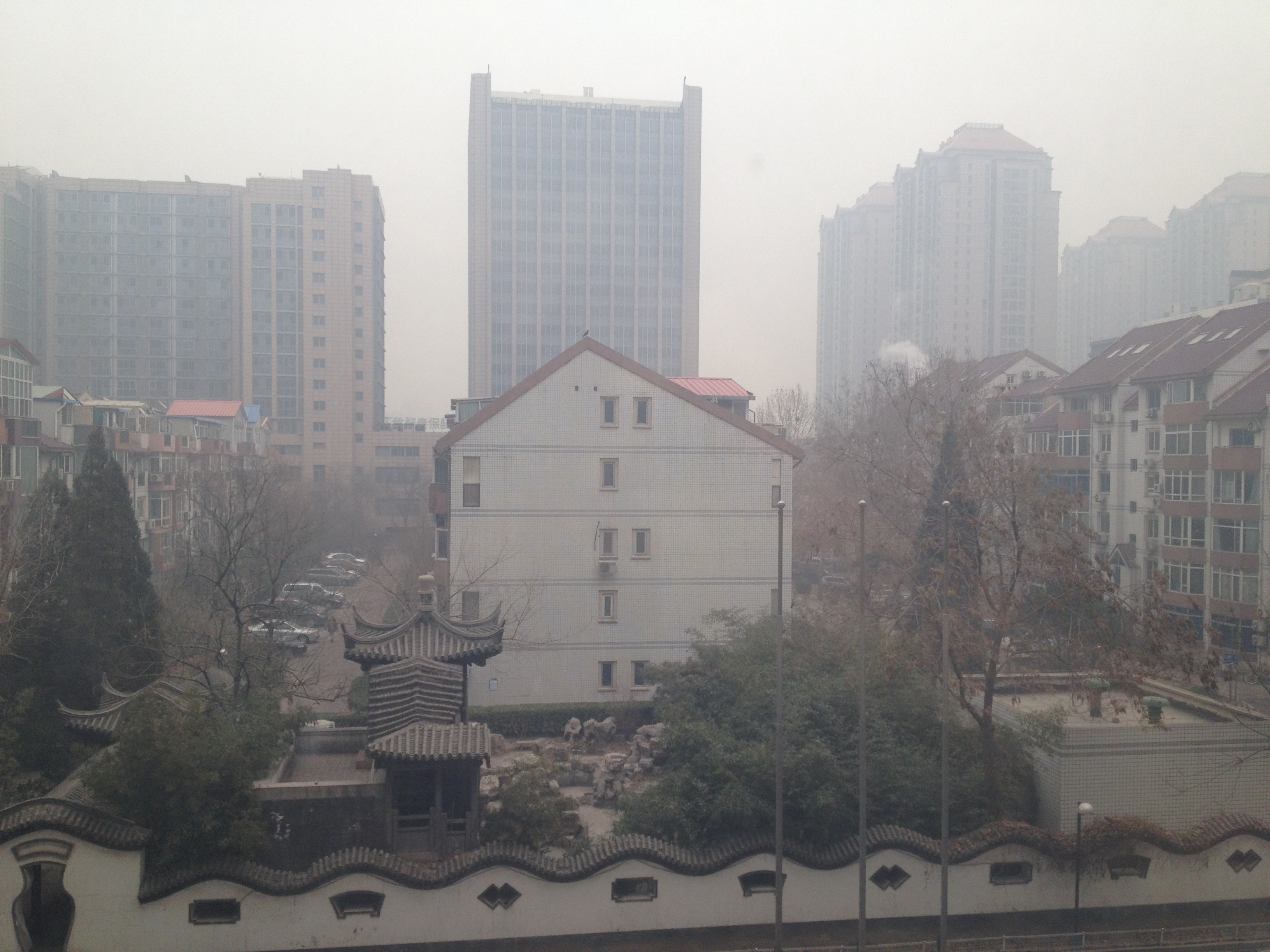 We return to the office wearing our paper masks for comfort. The US embassy does not recommend the use of paper masks for protection from the small particles polluting Beijing’s air. In fact, there is little that can protect you outdoors. But around half the people we pass are wearing them anyway.

At the Greenpeace China office I meet Harri Lammi, an air quality campaigner. He joins me by an air purifier, one of many through the office. “Beijing is like a giant human experiment,” he tells me. “But on a scale like never before. And health figures have only just started being reported.”

The discussion reminds me of Latane and Darley’s “smoke filled room” social experiment. In 1968, participants were invited to complete a questionnaire, some of them alone, some of them with actors. But the room begins to fill with smoke. Three in four people reported the smoke when they were alone.

But when two passive actors were present, only one in 10 participants reported that there was a problem – the rest carried on with their work, waving smoke from their eyes. In recent history, Beijing has become a smoke filled city, and its residents have been forced to accept it as normal.

Fresh as they are, my lungs have not been so accommodating. 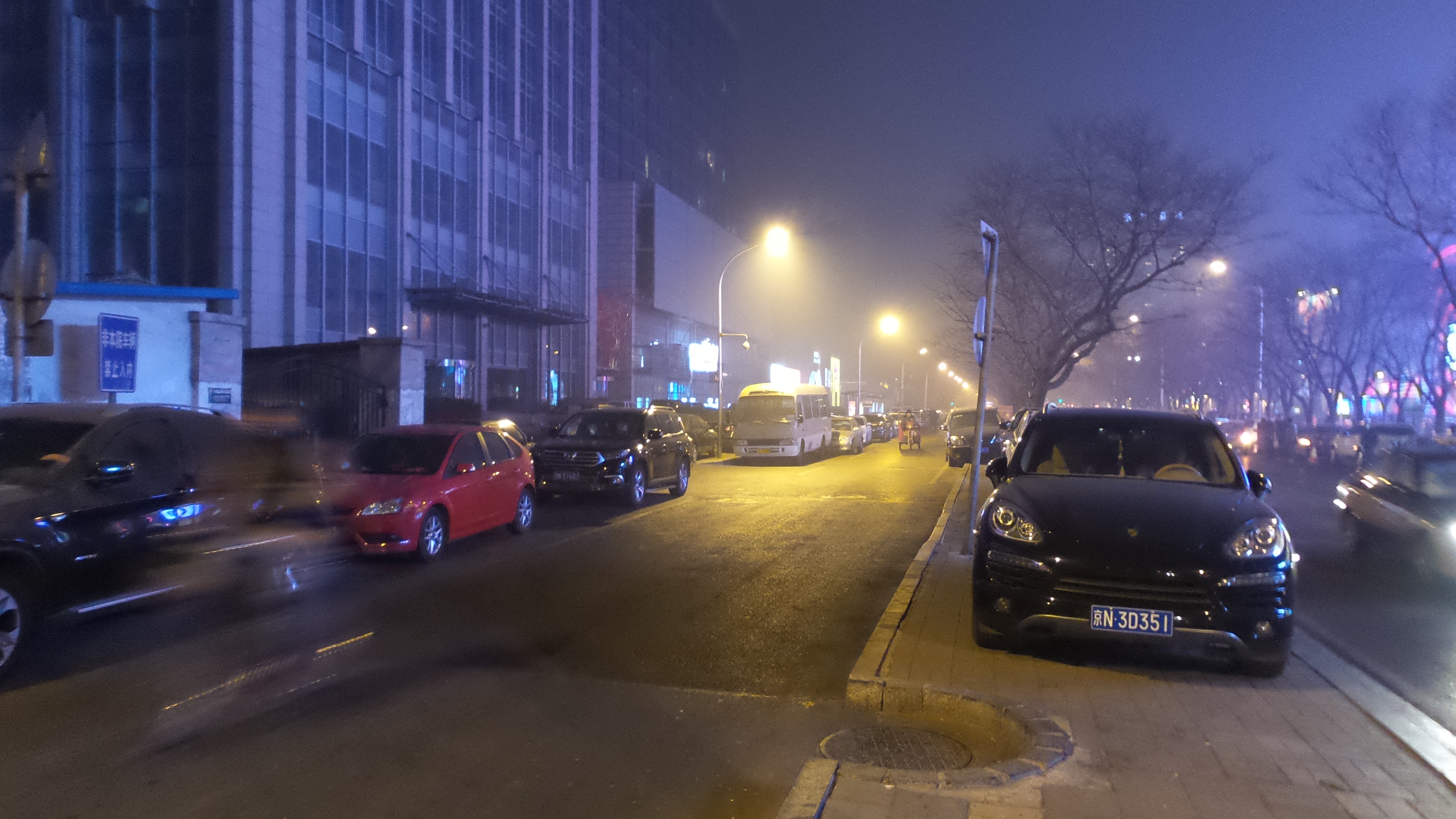 The air has been ‘hazardous’ for five days. Not everyone relies on the official government figures, but the air quality index is climbing well above 450 on the 0-500 scale. In particular, PM2.5, the smallest particle measured and most dangerous form of air pollution, is reaching levels ‘beyond index’, above 500 micrograms per cubic metre. The WHO recommends safe levels of 25. 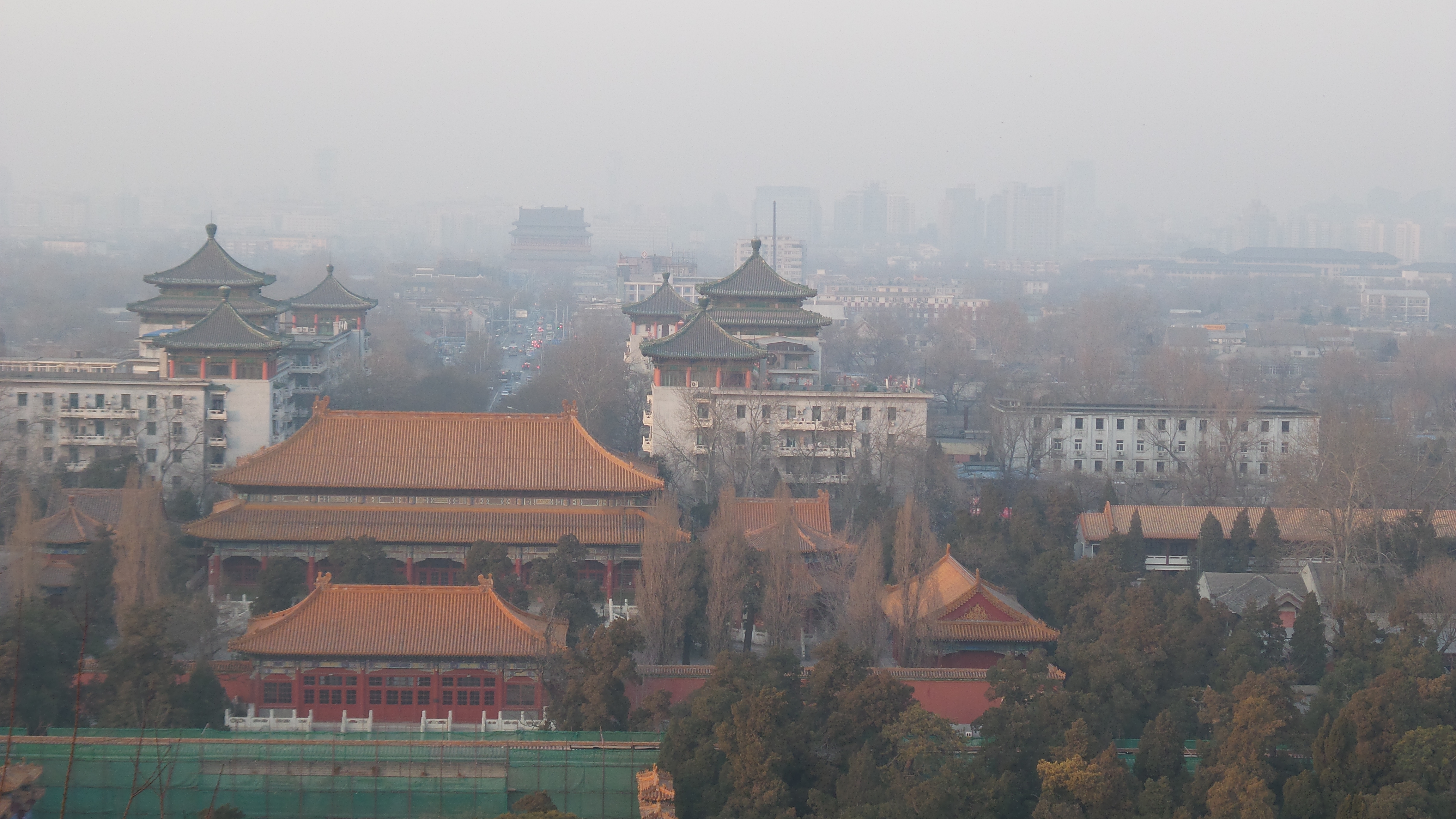 Lammi tells me that Chinese Premier Li Keqiang once promised that the government in Beijing would fight pollution with an ‘iron fist’. But industrial scale change takes time. It could take years before air quality in China’s cities is restored (although Beijing achieved blue skies for a recent APEC leaders summit).

But until then the people of Beijing wait patiently for a change in the winds so that they can see blue skies and breathe safely again.

Update: Thankfully, the wind changed the next morning, bringing local air pollution levels back to a moderate level again, for a time.