Energy in the UK election: Our seven-party Twitter debate 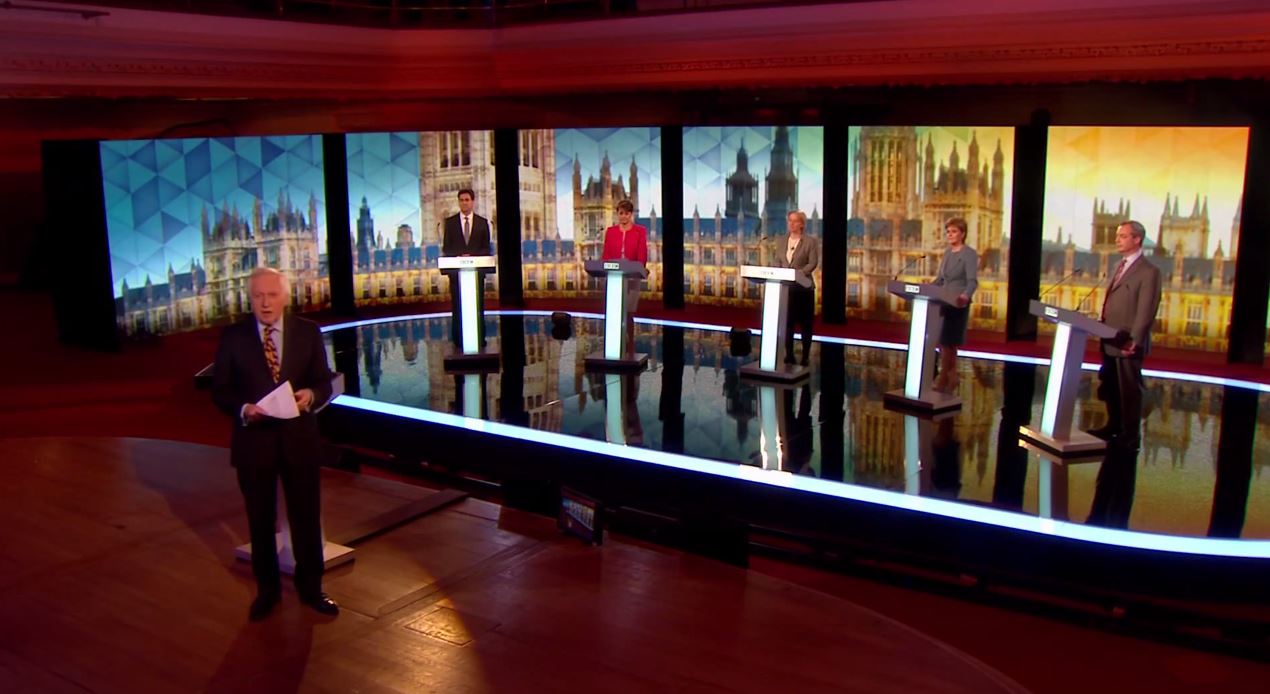 The Westminster and Holyrood incumbents defended their records on energy and climate change in an Unearthed online election debate, following a series of forceful calls for major reform by Labour, the Greens and UKIP.

Over the past two weeks, we conducted seven interviews with seven leading figures from the UK’s major political parties — all via Twitter.

We asked them a set of four questions about energy and climate change that were designed to pick at why these issues are important and to discern where the differences in policy and rhetoric lie.

Here are the highlights:

Why is tackling climate change important to your party?

@Unearthed Because of the devastating impact it could have nationally and internationally, unless we take action and do what we can.

@Unearthed Climate change = one of biggest threats facing humanity. It must be tackled. Leaving it to future generations is not an option.

.@RogerHelmerMEP: ‘It isn’t. We don’t believe that human activity has a significant impact on climate change.’

Besides Helmer, nobody disputed the significance of climate change.

The emphasis was largely on the catastrophe climate change could cause, but in her three-part answer Lucas also said it is “an opportunity” to do some pretty important things, while Labour’s Flint framed the issue in terms of equality.

What is the key thing that your party plans to change in the energy system or market?

Energy efficiency got a lot of love across the board, but there was an interesting range of priorities.

The Tories said the cost of energy comes first, to which the Flint offered the solution of price-freezes and market reform and regulation. Meanwhile Leanne Wood of Plaid outlined her vision for “a publicly owned energy company in Wales” that would reinvest its profits.

Do you think your party is distinctive from the others on climate and energy, and if so how?

.@RogerHelmerMEP: ‘We are the only Party with a viable plan to deliver secure and affordable energy, based on coal, gas and nuclear.’ — Unearthed (@Unearthed) April 22, 2015

Aside from the Greens and UKIP, both whom occupy opposite sides of the energy spectrum, it can sometimes be tricky to differentiate the major parties on issues beyond the aesthetics of onshore wind turbines.

With major climate talks in Paris this year, how would your party in gov make a difference on the global stage?

@Unearthed @Plaid_Cymru will work with friends in @the_snp to ensure all UK countries are represented & that agreement is strong & binding. — LeanneWood (@LeanneWood) April 26, 2015

Climate change is a global issue, so diplomacy, international relations and leadership on the global stage are vital qualities for the government-to-be.

Labour tried to keep this a ‘versus the Tories’ affair, the Tories again didn’t actually say all that much, the Lib Dems championed their EU credentials, the nationalist parties played to their bases, the Greens called this is the key issue, and UKIP predictably treated UN negotiations as a threat to British interests.

What did Unearthed learn?

The idea was to force the politicians into condensing their thoughts into 140 characters thereby revealing what they consider the crux of the energy and climate change debate.

A couple of them gave longer, multiple-tweet answers that provided added detail. These were UKIP’s Helmer and especially the Greens’ Caroline Lucas, both of whom have stronger stances on the subject — though absolute opposite.

The Westminster and Holyrood incumbents didn’t really offer anything new; the Tories and SNP instead chose to focus on their records in government.

While Labour, the Lib Dems and Plaid Cymru reaffirmed their core climate change causes — fairness and reform, balance and renewables, and a green Wales, respectively.

Everyone involved was pretty game for our questions, and we thank all of them for taking part.