In pictures: The forgotten victims of China’s air pollution ‘clean-up’ 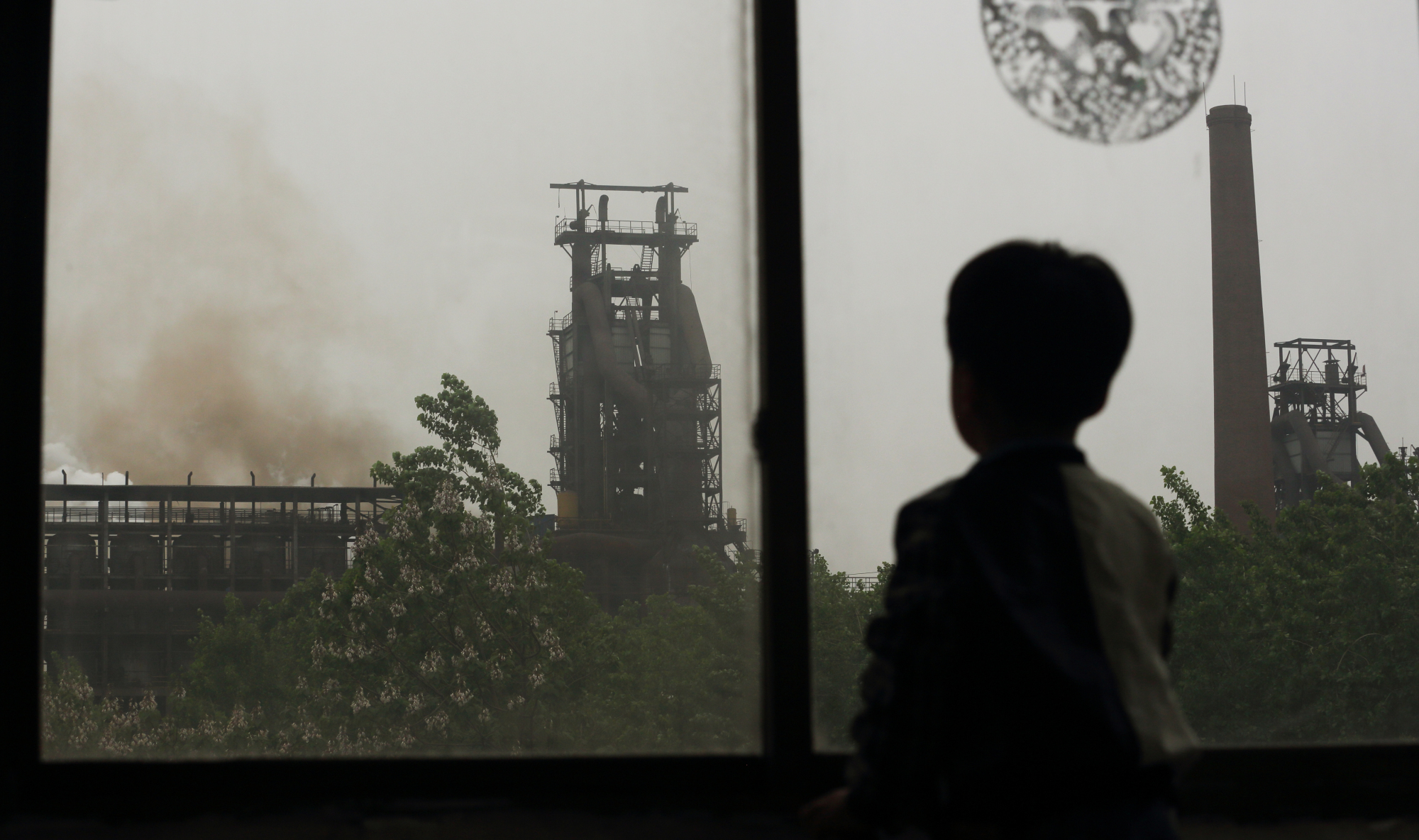 China’s ‘war on pollution’ has driven down toxic particulate levels across the country, but a Greenpeace East Asia investigation has found things have only gotten worse in parts of the industrial heartland.

As certain areas of China are being cleaned up, industry is being transplanted, or allowed to develop, in other areas – along with the associated air pollution.

The investigation, released to coincide with World Children’s day, found that smog in these regions is having a significant health impact on local adults and children.

The images below, taken by Lu Guang of Greenpeace East Asia’s Beijing office, come from Jiangsu — a province listed alongside heavyweights Hebei-Beijing and Guangdong as a priority for the government’s air pollution crackdown.

With a population of around 80 million, Jiangsu is the most crowded province in the country — and home to massive coal, steel and iron, and chemical industries.

Under instruction from the State, the Jiangsu provincial government has actively tried cutting coal in the region round the Yangzi River Delta.

In the northern part of the province, however, where an ‘economic development zone’ has been established, coal use and industrial growth has been allowed to continue unabated, with the recent development of industrial clusters in Xuzhou and Lianyungang.

To make room for these large projects, locals have been removed from their homes.

And as the air pollution in these parts has gone from bad to worse, respiratory diseases are on the rise.

This is the story of Jiangsu in pictures:

The Xuzhou Steel Group is one of the largest private companies in Jiangsu. Its South Eastern steel plant in Liguo Town neighbours a primary school and a kindergarten, separated by a narrow creek.

The soot, smell and sounds from the plant hang over the school, harming the health of the the 630 children and 28 teachers.

There are currently no regular physical examinations for these victims, but around 15 children a day miss school due to illness. 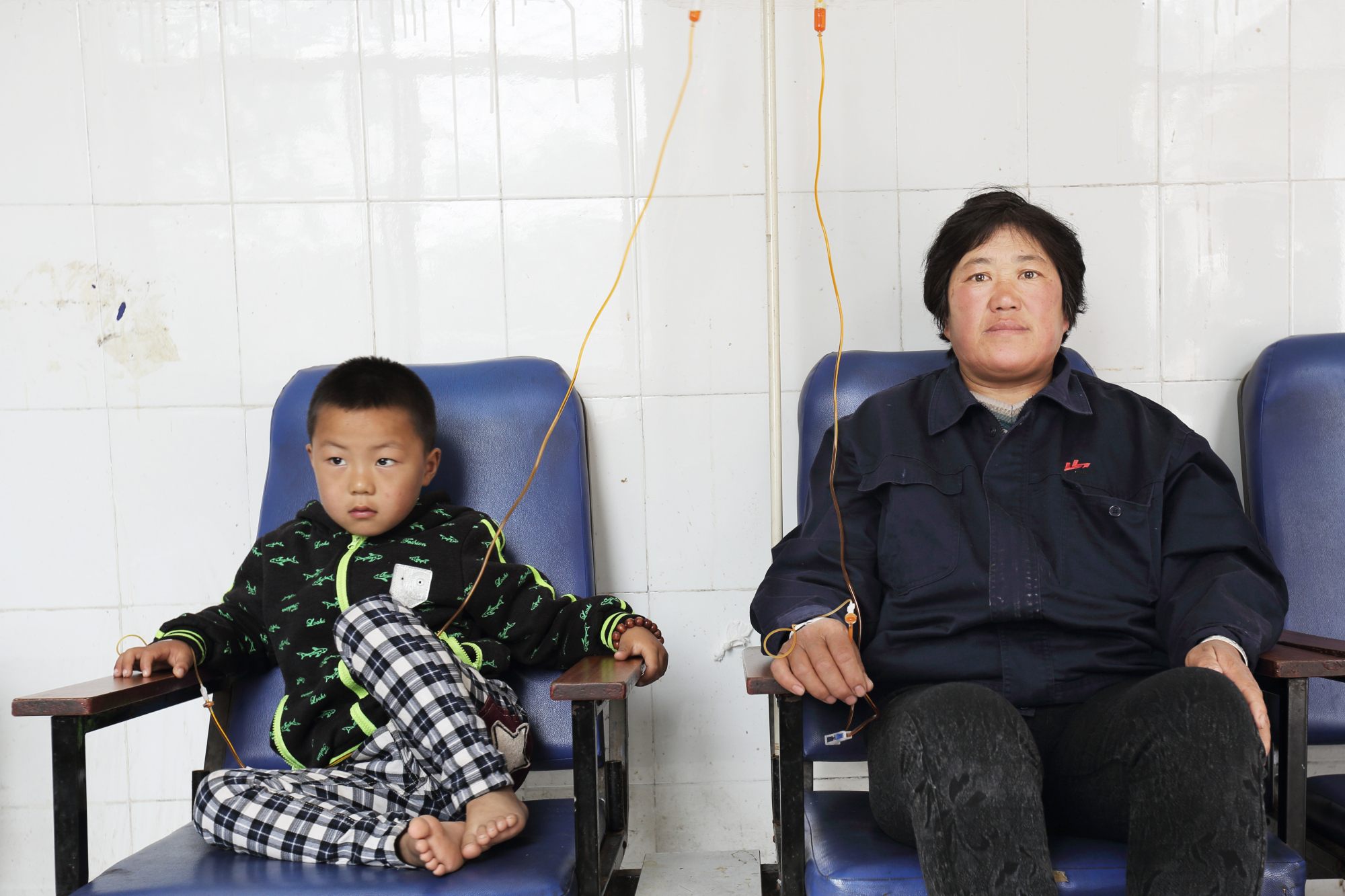 “The main complaints of my patients are upper respiratory tract infections and fever”, said Doctor Wang from a clinic in Liwan Village, Liguo Town.

Electricity pylons in Liguo Town are covered in adverts for respiratory treatments.

Here Liu Guobao, who has leukaemia, walks with his wife, Chu Yanhua, herself suffering from cerebral thrombosis.

The road in Liwan Village, Liguo Town is covered in iron dust.

Fewer and fewer crops can be grown in the fields around the Niutoushan steel plant. One farmer who grows wheat in the area said: “I feel safer eating the wheat from the supermarket.”

In June 2014, the release of waste-water from the Xuzhou Steel plant directly into the lake caused the death of around 5000kg of fish. In March 2015, 200kg of crabs were found dead.

The Ganyugang Economic Development Zone in Lianyungang City is the most important location in Jiangsu Province’s ‘North Jiangsu Revival’ and ‘Coastal Development’ strategies.

From 2011, residents of Dawangfang Village, Zhewang Town, began to be moved out of the area.

Over 100 villagers have yet to sign a compensation agreement, and as a result have still not moved away from the polluted area.