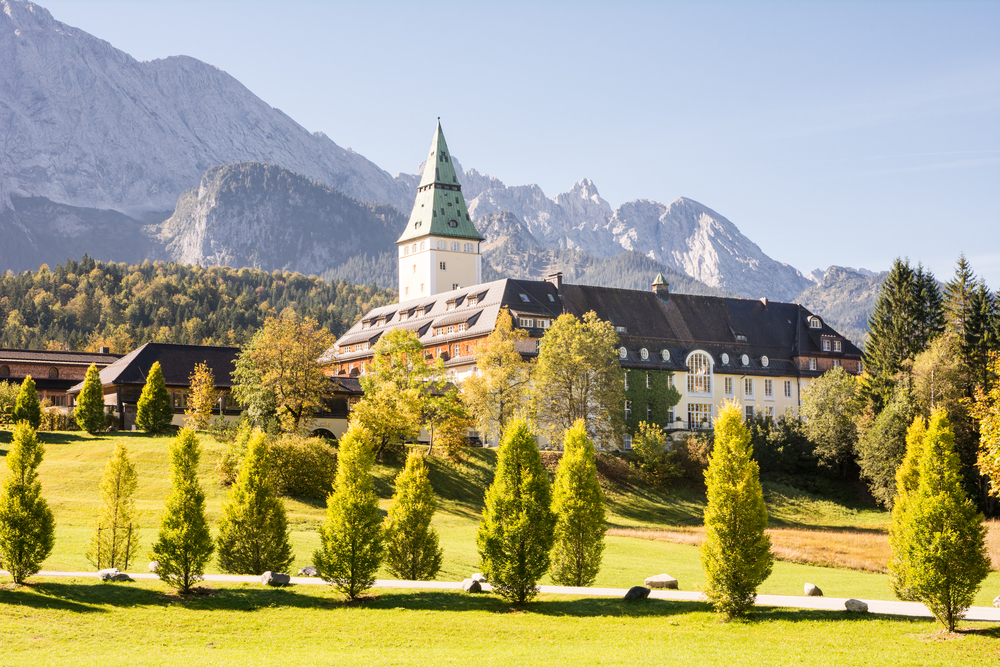 When the nuclear reactors of Fukushima exploded in March 2011, Merkel must have realised that her nuclear plant life extension plans were shattered.

Her pushing for nuclear power had been an unpopular turnaround from the Schroeder-Fischer years of nuclear phase-out –  Gerhard Schroeder was the previous Chancellor and Joschka Fischer was the former Green Party leader-turned foreign minister who had his ear.

Just hours after Fukushima’s unit 1 exploded, Merkel took a historic decision to impose a moratorium for eight of the 17 nuclear reactors operating in Germany.

She ordered an ethics commission and a reactor safety commission to investigate. Their work produced the basis for a radical shift in energy policy and eventually in July 2011 a new law was adopted. In a moment of rare unanimity, all German parties agreed to close all of the country’s nuclear reactors by 2022.

But while all the attention was on the nuclear side of the law, the same bill also committed Germany to cut its greenhouse gasses by 40% by 2020, repeating and strengthening earlier promises.

In the heat of the moment, in the Summer of 2011 Merkel’s government could have tried to soften its climate target, using nuclear shutdowns as an excuse, but to its credit, it didn’t.

This key climate commitment was also carried on into the election programs of all the big parties for the elections in 2013. It subsequently ended up in the Merkel/SDP coalition treaty in early 2014 – going against outcry from the coal mining regions of Northrhein-Westphalia and Brandenburg.

Critics outside Germany, including environmentalists, claimed Germany would now simply replace nuclear with coal and would therefore sacrifice all its climate protection ambitions.

But what has happened since then?

The closure of eight nuclear reactors between 2010 and 2014 meant Germany generated 44 TWh less electricity than in 2010. But in the same period, renewables produced 54 TWh more electricity. So, have renewables have replaced nuclear?

Yes, and no: One underestimated side-effect of Energiewende was, that due to the Renewable Energies Law and the collapse of the EU Emissions Trading System Germany’s electricity on international markets got so cheap that two things happened -an enormous demand for German electricity was created in Germany’s neighboring countries and natural gas power plants were squeezed out of the market.

Net export of electricity has doubled from 18 TWh (2010) to incredible 36 TWh (2014). So, in a nutshell: nuclear went down, renewables went up, natural gas went down – and coal stayed stable at a very high level of 265 TWh or 43% of Germany’s produced electricity.

Obviously this is reflected in a stagnation of GHG emissions reductions, a problem for climate targets.

The new minister of environment, Barbara Hendricks, admitted that Germany was off course to meet its target and proposed an “Action Program for Climate Protection” for the German government to take urgent measures to catch up.

Hendricks’ statement didn’t get much public attention. Even coal lobbyists ignored it, even though it meant a major programme of emissions reductions from coal and the beginning of a coal phase-out was now inevitable.

Part of this program was, and still is, that on top of the 71 million tonnes that will be reduced under the government’s official (and controversial) Business as Usual scenario by 2020, an extra 22 million tonnes will have to be reduced from the electricity sector – which means de facto from coal power plants.

Only at this moment did political hardliners, the coal industry and the coal miners’ unions have realize what was coming – a heavy blow to their sector.

So what is the situation now – as world leaders from Canada, France, Italy, Japan, the UK and US (and Germany) descend on Germany to talk about climate at the G7 meeting?

In March Sigmar Gabriel, minister of energy, tabled a legal proposal to implement the policy (which is not easy because of EU legislation and the failure of Europe’s Emissions Trading Scheme) with the introduction of a “coal levy” focusing mostly on old lignite plants.

But from this moment the coal lobbyists, parts of the trade union movement and even some in Merkel’s own party started a huge public campaign against the levy and in favour of a glowing future for coal.

The campaign focuses mostly focusing on employment figures (which analysis suggests were exaggerated by factor of five). The fight-back for coal came very late, but they’re fighting hard and smart – and so far Merkel has not backed the coal levy and not defended her own Vice-Chancellor Gabriel for introducing it.

With the G7 summit ahead Merkel has managed to manoeuvre herself into a very awkward position: On the one side, she’s advocating publicly for an ambitious long-term goal for climate protection and wants to achieve a strong decision at “her” G7 Summit in Elmau in order to create momentum for the Paris Treaty negotiations in December.

But on the other hand, with the domestic coal question still pending, she has lost the credibility she would need for successful G7 negotiations with skeptical heads of state like Canada’s Stephen Harper and Japan’s Shinzo Abe.

If she doesn’t make a last minute move to commit to a decrease of coal power production in Germany now, her image could turn from “Climate Chancellor” to “Coal Chancellor”.