Comment: Across the UK, fracking towns are looking to community solar 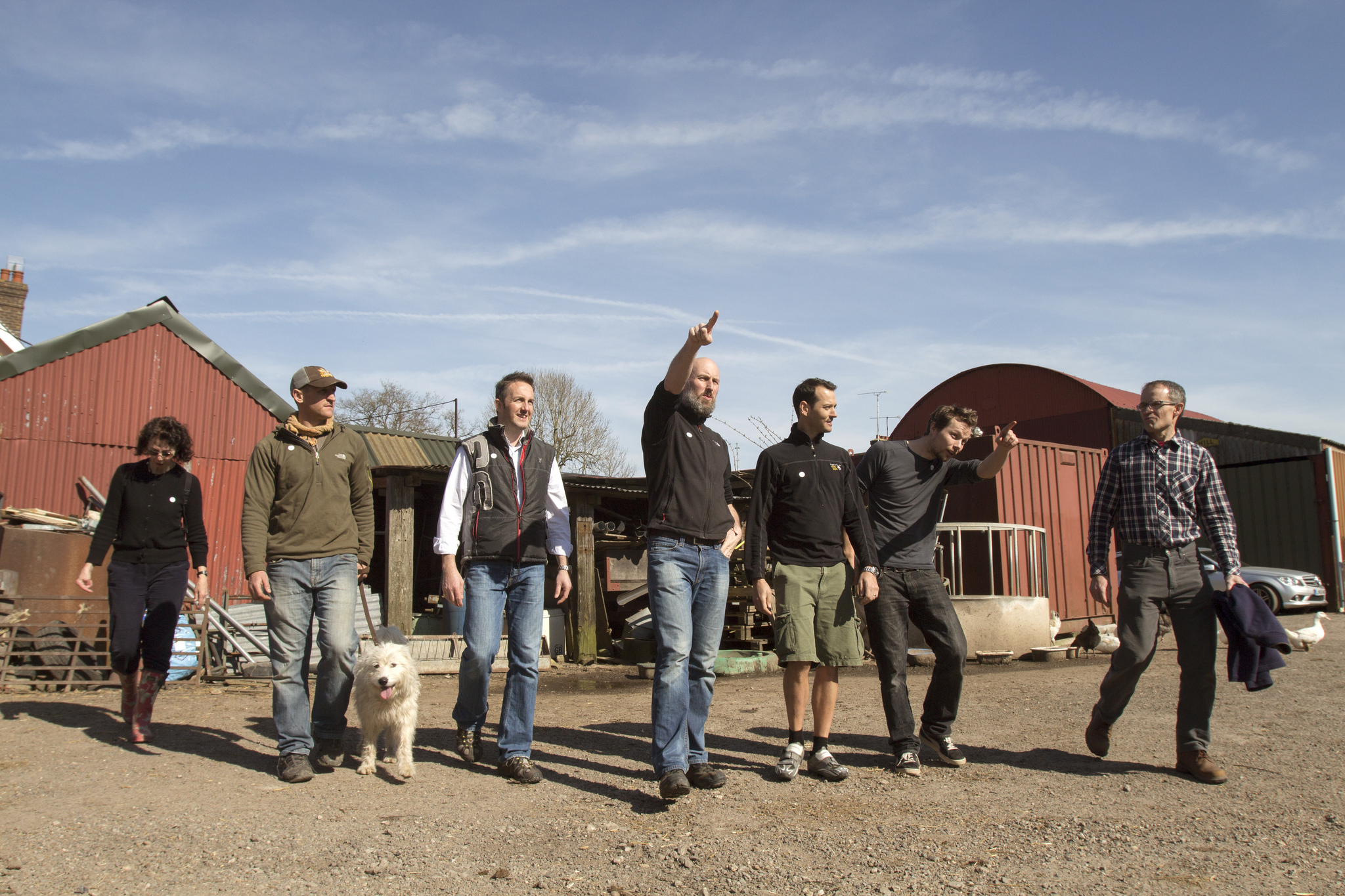 This is a cross post from 10:10, the image shows Balcombe residents searching for a suitable site for a solar farm.

The streets of protesters filling Preston last month were just the most recent example of people brought together when the prospect of fracking drives past their front door.

As Helen Pidd’s profile of the “Anti-fracking Nanas” last week underlines, these newly formed activist groups are keen to build on this momentum they’ve created, and do something with the new friendships they’ve forged in the process.

One of the options they’re considering is community renewables, and if the Nanas of Central Lancashire do decide to start a community energy group, they won’t be alone.

The West Sussex village of Balcombe is infamous as the site of fracking protests in 2013. Residents there have just submitted an application for planning permission for their own community-owned 5MW solar farm. If successful, it would provide enough electricity for all 760 homes in Balcombe and the 500 homes in nearby West Hoathly.

A few hundred miles North East, at Barton Moss, site of the 2014 anti-fracking protests, a similar community energy group was launched at the end of May. They hope to start with solar, and are possibly considering wind too.

“I got involved after the fracking protest. Protests aren’t enough.”

My colleagues at 10:10 who’ve been working with Balcombe and Barton Moss say they’ve also had enquires from Wisborough Green, Brockenhurst, Mayfield, Beverley, Kent, Wrexham, Lymm, Dunkswell and Warrington too, all interested in the anti-fracking to community renewables model.

As Tina-Louise Rothery, of Frack Free Lancashire told us last month: “The community in Lancashire have come together in response to the threat of fracking. Fracking has opened our eyes to how nasty getting energy can be. We’ve been incredibly inspired by the community in Balcombe coming together to repower their village with clean community-owned renewable energy. We want to use the community that we have built through the anti-fracking activism to create a community renewable energy project like Balcombe in the future.”

Speaking to people in Barton Moss earlier in the summer, it’s clear a similar attitude lives there too. The protests had been incredibly important, and they want to build on that.

As Sandra Dutson, who lives in nearby Eccles put it: “I got involved after the fracking protest. Protests aren’t enough. Projects like Moss Community Energy are inspiring as they let local people take control of their energy system. There’s a real appetite for solar in the area too. Cadishead Medical Centre has solar panels on its roof. Let’s grow this.”

At Barton Moss, concerns over fuel poverty are another strong driver for action too. Mike Scantlebury, from Ordsall said: “Tackling climate change is a key reason for me getting involved, but the reason projects like these are so crucial is they help us deal with more immediate concerns too. It’s about keeping warm, paying your bills and not being exploited by big companies, as well as cutting carbon pollution.”

Or, in the words of Mark Frith, from Pendleton: “When you look at all the combined problems of energy and climate change, it can seem like a scary mess. But by getting involved with schemes like Moss Community Energy we can wrestle that scary monster into something manageable. We can take control of our futures. Why worry about looking at what the Big Six have to offer and comparing energy prices when we can generate our own?”

Researching people who’d been involved in raising money to put solar panels on their school roof, we found 67% felt closer to their community.

In Balcombe, the capacity for community energy to help bring people together was also important. They weren’t just building on networks forged in the heat of anti-fracking protest, it also offered a project to help heal some of the divisions their local fracking-fracas had caused. Members of the local community had played a key role in the anti-fracking protests, but some villages had been attracted by the idea of fracking too.

This is something 10:10 has noticed with the Solar Schools project too. Researching people who’d been involved in raising money to put solar panels on their school roof, we found 67% felt closer to their community, and 71% changed their behaviour to save energy.

As Julian Thomas, headteacher at Georgeham Primary School in North Devon, said: “Becoming a Solar School has really bought our whole community together around something new and exciting. We’ve had support from many people and organisations in our wider community that we never expected would get involved.” Or in the words of Richard Craft, a grandparent who has been key to solar fundraising at Fitzmaurice Primary School, Wiltshire: “The lovely thing is it has brought people into the school who have never been or had a connection with it.”

Community renewables is a lot bigger than just anti-fracking. It’s happening all over the place (see here). In fact, I’m off to a meeting about community energy near where I live this evening.

Guest comment pieces reflect the views of the author.