Comment: Lancashire decision is the final nail in the coffin of UK fracking 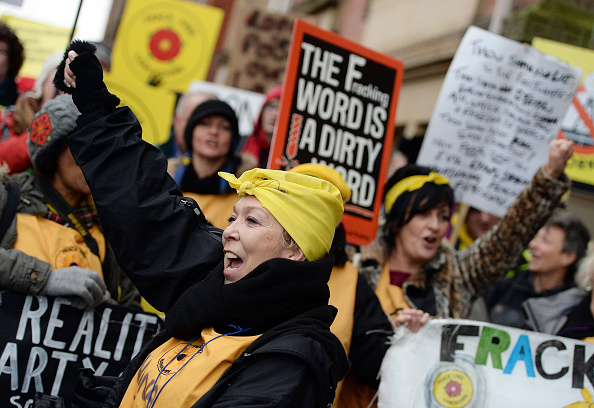 On the 29th of June, at a meeting in Preston, Lancashire County Council rejected a fracking application by Cuadrilla — against the advice of its planning officers. The vote against the fracking firm’s Little Plumpton plans – a convincing 9 to 3 with 2 abstentions – followed the rejection of a similar application the week before, although that decision was in line with the planning officers’ recommendation.

The decision was a triumph for a number of NGOs that, over several years, successfully persuaded the public that if a shale gas well were fracked within 50 miles, it would be the end of life as they know it. It’s a view not shared by many specialists in the field as illustrated by the planning officers’ initial recommendation that it should be allowed “subject to working hours, noise control and highway matters”.

Whatever the merits of the decision, its significance is enormous. It effectively represents the final nail in the coffin of the shale gas revolution in the UK.

Cuadrilla will certainly appeal and it’s likely the Government, which is seriously pro-shale gas, will override the Council’s rejection. However, the prospects of continuing fracking operations in the face of what would certainly be serious and concerted mass opposition look virtually non-existent.

Such public outcry would make the Balcombe protests of 2013 look like a Sunday school picnic on a sunny day. In effect, the ‘shale gas revolution’ in the UK is now dead.

That said, this decision by the Council was the final straw in a long list of barriers to developing shale gas in this country. To understand this, it is necessary to consider why the US, very much this Government’s role model for shale gas, had such an energy revolution in the first place.

There is a long list of characteristics relevant to the US that explains why shale gas production increased so rapidly there. In 2000, shale gas contributed virtually nothing to US domestic gas production. By last year, the contribution was over 50% — though the speed of the rise disguises the fact that this process was 30 years in the making.

These US characteristics range from sub-soil property rights to the land-owner creating an economic incentive to have one’s back yard messed up, albeit for a short period of time; a dynamic and competitive service sector to drill and frack; access to risk capital to fund operations; and a population used to and accepting of oil and gas operations.

These were simply not present in the UK and so the prospect of a shale gas revolution in the UK was always an unrealistic dream. Even the Government’s argument that such a revolution in the UK would lead to lower domestic gas prices was a total myth given the UK market’s pipeline to continental Europe, which means greater gas supply would go to the (normally) higher priced European market rather than reduce prices at home.

And so the decision in Preston effectively ends UK fracking before it really began. This is a pity.

Leaving aside arguments about jobs, government revenue, and improving gas security of supply, however, the failure of shale in the UK represents a lost opportunity in a world where combating climate change will require every possible lower carbon fuel option.

To be sure, gas is a hydrocarbon (and there are concerns over fugitive methane emissions) but it emits less carbon than either coal or oil. In an ideal world we could all immediately switch to renewables, but this is not a serious option in the medium term.  Gas does at least provide a potential bridge to a lower carbon world, providing it does not interfere with the spread of renewables. The various green movements who have campaigned so vehemently against shale gas operations may well come to rue their success.

Professor Paul Stevens is an energy expert for Chatham House