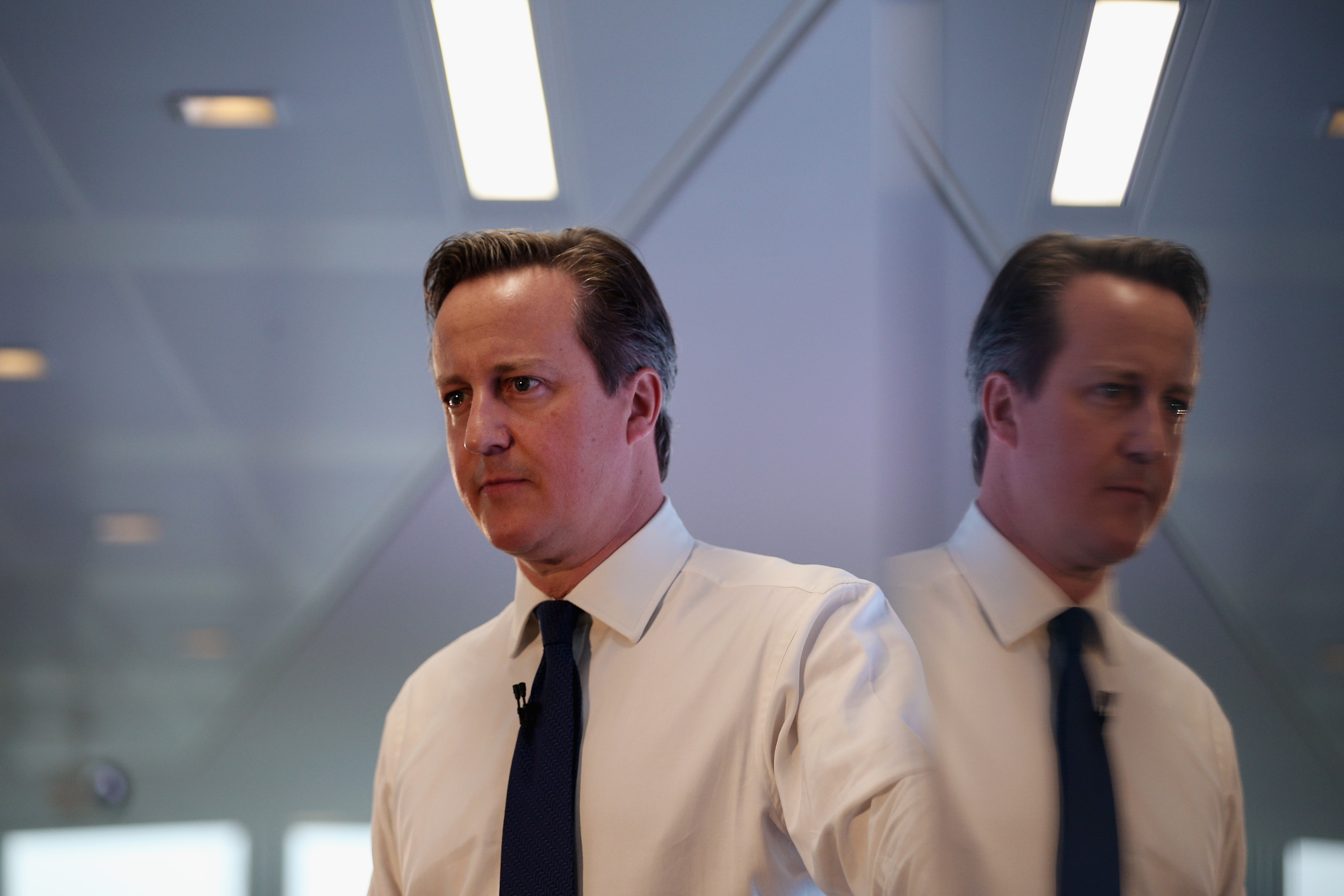 Last week was a bad one for UK prime minister David Cameron’s credibility. You may wonder why I say this – have the papers and media been full of speculation about his downfall or plots to unseat him? No. But they’re not looking very closely at the future of the planet and Cameron’s credibility on climate.

At the end of this year most of the world’s countries will be represented in Paris for talks on tackling climate change. It will be the biggest international moment on this agenda for six years, after the failure of the Copenhagen conference in 2009. Cameron has said this is an important moment, and that his Government will commit to a fair strong and binding agreement, and even making claims to leadership by ‘thinking long-term’ and pushing the EU further.

That kind of leadership can only be credible if it’s not only about making grand speeches, but if it’s backed up by getting a grip on emissions domestically. The UK cannot have others making the accusation that UK wants everyone else to “do as I say, not do as I do”.

The start of the new Government hasn’t been great. There has been the stupid and illogical decision to block onshore wind. There was the additional tax on renewable energy by applying climate change levy to it (which as our mates at Friends of the Earth described it, is like making apple juice pay an alcohol tax).

Although these are decisions are a bit daft, they could be defended by arguing that the onshore wind blockage had been in their manifesto (although that makes the manifesto stupid and illogical – and contradictory). And that the extra tax from applying climate change levy to renewables is necessary for a state under financial pressure – although this would also appear to be retrospective legislation which UK government has traditionally argued against because of the impact on the investment climate. But then, in times of budget difficulty, politics is a tough business. So not helpful from a climate point of view, but there were excuses, even if they weren’t particularly good ones.

The two decisions which reveal how poor this Government has been are less high profile ones, but really indicate that UK is developing a deeper climate credibility problem. In other words, it talks a good game, but actually is going backwards.

The first was in the Budget, where unexpectedly the Chancellor changed the Vehicle Excise Duty (VED) – colloquially known as ‘car tax’ – away from a graduated tax based on CO2 emissions towards a flat tax after the first year.  The money from VED will all go to a new “Roads fund”. There are several problems with this. First, is that there is now very little tax incentive to buy low-CO2 vehicles including hybrid and plug in hybrids that are a good option for people who don’t feel able to use pure electric vehicles. Secondly, it is ring-fencing money for road building – “hypothecating” is the technical term for ring-fencing money like this. Not hypothecating tax has been described as “Treasury’s sacred rule” but has been overwritten for this destructive activity, which we largely don’t need because demand for roads has been consistently overestimated by government since the 1980s. Thirdly, and the point of this blog, is that manufacturers of a productive UK export industry were not consulted, and actually thought the changes would damage the low-carbon vehicle sector that the UK is a global leader in, saying that it “[threatened] the ability of the UK and the UK automotive sector to meet ever stricter CO2 targets”.

The second decision is the one to abandon zero-carbon homes as part of the government’s ‘Productivity Plan’.  There are some similarities with the VED decision. Contrary to Cameron’s promise to think long-term, it is short-termism of the worst kind as it locks in emissions from future housing that will be hugely expensive to fix.  The additional costs of building zero-carbon homes will be around £3500 whilst the energy bill savings of implementing them would be around £250 per year for the occupants according to REA.  Retrofitting to a very low carbon standard after a house is built would be very expensive, in the tens of thousands of pounds. Meanwhile, also like the VED changes, plenty in the industry were unhappy. It is perhaps unsurprising that Greenpeace, and even the Green Building Council attacked it. But building developers like Lendlease Europe were ‘extremely disappointed’ and British Property Federation called it ‘short-sighted’ and said it undermined the certainty needed for investment.

The theme in these two was that they were both backward steps on climate, both shifted signals on long-term investment away from low carbon, and so both potentially lock in carbon emissions in the long term. And both were completely unnecessary.

In neither case was there compelling political pressure to make changes in the way government did. It was not a situation where the greens were on one side and major industry lined up on the other – in fact, quite the reverse. If changes were required on say, VED, they could have been made, if at all, in a much less damaging way. In other words this government had choice – it could have easily done the right thing, but it didn’t.

When governments have real choice it reveals their true values. In both cases they made choices based on ideology that says it isn’t really that bothered about climate change or resource efficiency. Of course this government is relatively new and I may be surprised by a slew of good announcements over the Summer and Autumn. But I’m not holding my breath, and it’s a rubbish start.

And whenever one hears David Cameron talk about (I’ll not use the word ‘pontificate’ yet) the importance of climate change action over the next few months, remember this is the guy who oversaw a government unnecessarily roll back much-needed policy. In politics credibility is a difficult resource to reclaim once it’s lost. And on climate change, Cameron is losing it.