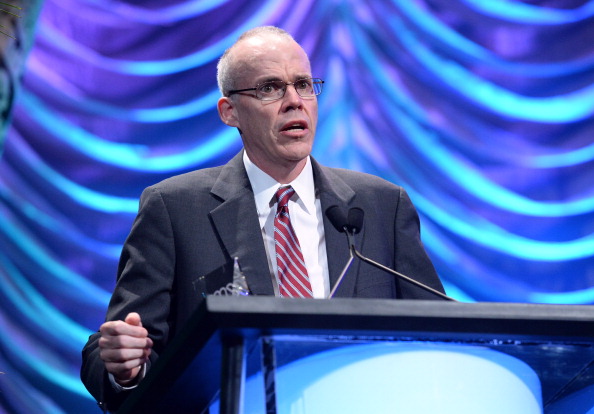 Bill McKibben has emerged as an unlikely leader in the environmental movement.

A former journalist and academic, McKibben went from working as a staff writer at the New Yorker to starting up 350.org, a global grassroots environmental movement which has led calls for major organisations to divest from fossil fuel companies.

He is the intellectual inspiration for the Guardian’s ‘Keep It In The Ground’ campaign, and has over 100,000 followers on Twitter. Ahead of next year’s Presidenitial election, he has made a show of supporting left-wing Senator Bernie Sanders. He is of considerable influence.

With governments and corporations appearing to take climate change seriously ahead of the UN conference in Paris this winter, are human beings finally beginning to take the threat of global seriously? We discussed this and more, with McKibben himself.

There will be more action than there was at Copenhagen, precisely because there is now a movement pressing many national leaders at home. They can no longer get away with blowing us off completely.

What do you think is likely to emerge from the UN conference in Paris? Will we see an outcome that will keep us within two degrees and if not can we still make it?

We won’t see an agreement that gets us to two degrees – Paris is one small milestone on the long road to climate sanity. But the road leads through Paris, not to it.

IKEA recently committed 1bn euros to battling climate change, will we see more businesses stepping up? Or is it down to politicians. Will they succeed?

It should shame a lot of countries that a furniture store takes climate change more seriously than they do.

Why do you think climate change is an issue that has failed to resonate with the general public? Who or what is to blame for this?

I don’t think this is true. The great climate march last September in New York was the biggest demonstration about anything in the U.S. in a long time; more people went to jail over Keystone than any issue in decades. Most people feel small against the huge crisis that is global warming; when we can show them they’re part of something big they’ll turn out.

“The Pope’s encyclical was one of the most important documents in a generation.”

How do you respond to those that climate change as a political issue that concerns only wealthy people? Those that have enough money to focus on more remote issues?

I think it’s simply wrong. From the very first day of action we did at 350.org, which involved 5,200 demonstrations in 181 countries, it was clear most of our colleagues were poor, black, brown, Asian, and young–because that’s what most of the world is comprised of.

How do you think you can make climate resonate as an issue that is a priority for the majority of the world’s population?

I fear mother nature is doing an excellent job of that.

President Obama is making taking action on climate change a big part of his legacy. How do you assess his time in office?

He’s done better than George Bush. And I’ve drunk more beer than my 14-year-old niece. Measured against what physics requires, he comes up short so far. Let’s hope he goes all out in the next 18 months.

What do you think of Hillary’s record/policies on the climate?

Unimpressive so far. It’s never been her issue, and she’s been terrible on things like Keystone. She has a lot of work to do to get enthusiastic support from enviros.

On the Pope, how do you see his contribution to the green movement?

I think his encyclical was amazing, one of the most important documents in a generation.

Do you believe emerging economies like China and India can be relied on to reduce emissions?

I think their experience with crazy air pollution makes them likely to be world leaders in renewables adoption.

The Guardian’s have failed in their bid to get the Wellcome Trust and the Bill Gates Foundation to divest. Is the ‘Keep It In The Ground’ campaign failing?

I think it’s the most successful newspaper crusade I can ever recall. Everyone from Oxford to Prince Charles to the Church of England has started divesting. And the reporting that’s gone with it has been nothing short of astonishing.

What do you think Alan Rusbridger’s legacy will be at the Guardian?

He’s the most important newspaper editor in the English speaking world this millennium–and he seems to have left his paper in excellent hands!