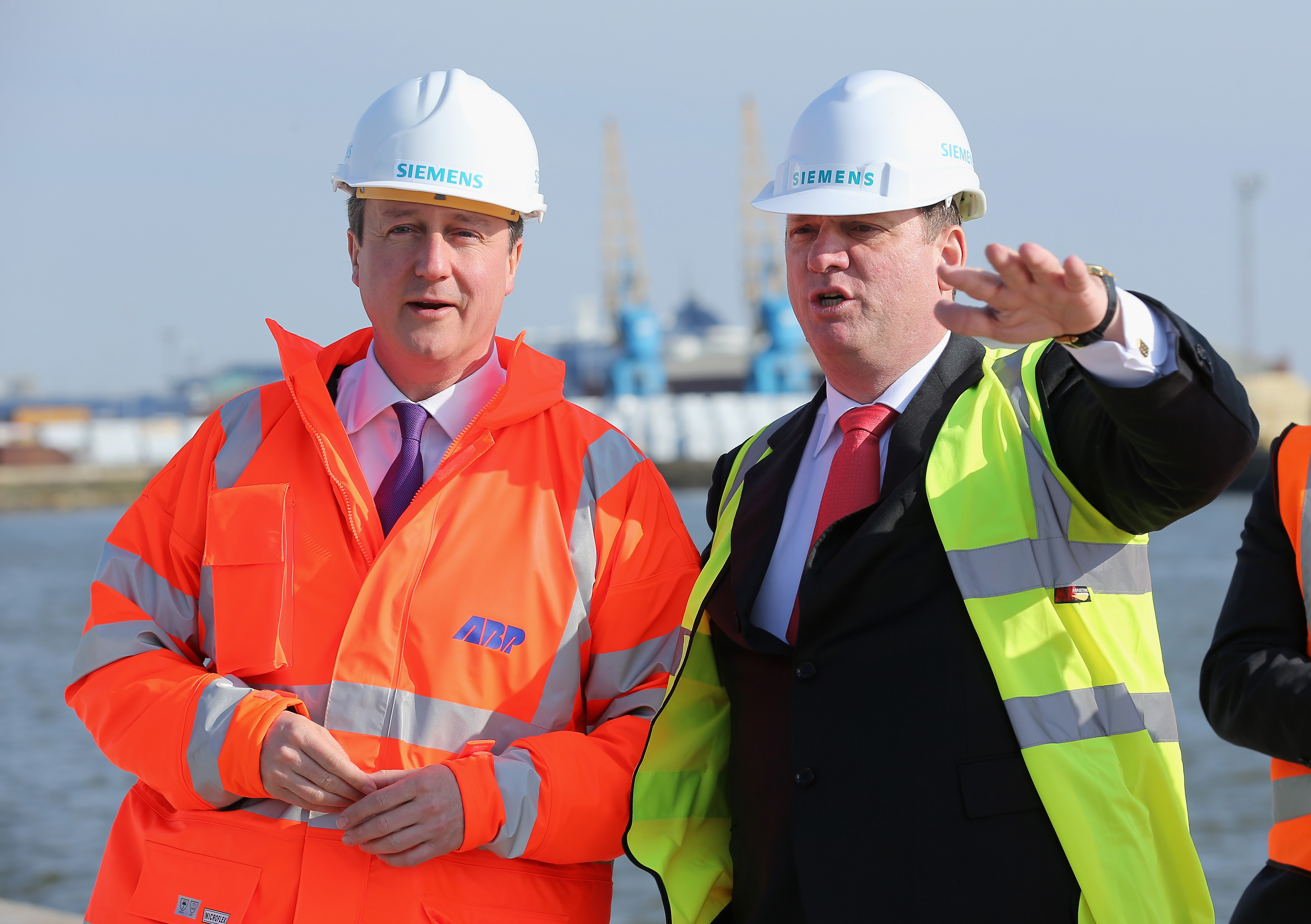 “If we are to believe the Daily Mail” isn’t a rock-solid start to any blog. But it’s worth looking at their piece that appeared late last week, because it embodies a set of prejudices prominent in the UK energy discussion. These are old-fashioned views that would lead to a set of really bad outcomes for UK energy, and for the UK prime minister’s international climate credibility. I just hope that the Cabinet meeting reported on in the Mail reports was not, in fact, full of such prejudices.

The Mail piece was not out on its own – an almost word-for-word briefing went to the BBC about cuts to renewable energy, so some media management was  going on. Like the Mail story it was sent to a political correspondent, and in fact I spoke to the author in advance of his writing the BBC story – he was trying to get to grips with what it all meant.

Political correspondents are smart people – hence their plum jobs in national media newsrooms – but they don’t know the technical background so it’s hard for them to question the wisdom of what is being done on (short) media timescales. This blog is to give them a hand. In particular if the apparent future plans outlined in the Mail, including a “major expansion of nuclear and gas, but… [renewable projects]… could be ditched”.

Let’s start with the apparent problem, and then look at these proposed solutions.

The problem from government point of view is that the Levy Control Framework, which is the pot of money to support clean energy, is over-running. On the one hand this is real; on the other hand, our policy framework tends to convert a success story – the rapidly falling cost of renewable power – into a problem: The government’s predicted prices and incentives have looked very attractive leading to higher than expected take-up, in particular with wind and solar. The absence of a rise in the gas price and the Chancellor freezing the carbon floor price means that although the cost of household energy bills doesn’t alter, the apparent cost of renewable energy on the Levy Control Framework increases.

The reason for the rapid take up of solar is well known. Solar panels fell in cost by about 80% between 2008 and 2013. Solar installation was at record levels in the UK last year. Price comparisons internationally are fraught with difficulty because of the different wholesale prices and retail prices in different countries which are influenced by those country’s market conditions and taxes. But in Australia domestic solar power plus battery storage is already cheaper than retail prices. In Spain solar power is so cheap (and its impact on the major utility companies so bad) that it is now taxed rather than supported.  These countries are not the UK, but the line of latitude where these prices pertain is moving steadily north every year as prices are expected to fall further and will arrive in UK within a few years. Indeed the solar industry has published an ‘independence plan’ for what is required to get solar power subsidy free by 2020.

“Ground mounted” solar is cheaper still. In the UK the recent bid price for solar farms is around £80/MWh, so lower than nuclear and close to wind, although the builders said that this bid would be built with “zero profit margin”. If the cost of capital can be tackled – and ground-mounted solar is very low risk – there is even reason to think that even in UK the levelised costs of solar will be lower than wholesale price by 2020. Even now in the US where wholesale costs are generally cheaper than in the EU, ground-mounted solar is close to that level.

Onshore wind has already been targeted by the new government. Wind turbine prices fell 29% between 2008 and 2013 and it is the lowest cost source of low carbon power because the bid prices in the most recent auction contract were around £80/MWh and onshore wind got far more contracts than the limited number of solar farms. Critics are keen to point out that ‘the wind doesn’t blow all the time’ so the costs of variability need to be added to that. The UK Energy Research Centre estimate those costs to be £5-8/MWh for lower penetration of wind, and so adding that the £80/MWh cost still makes the total system cost cheaper than nuclear at £92.5/MWh. How does government antipathy towards onshore wind square with the promise in the Conservative manifesto of cost-effective decarbonisation, and the briefing given to the Daily Mail that government want “to focus on only ‘backing good-value green energy’ with a promise to ‘cut emissions as cost-effectively as possible’” ? Quite simply – it doesn’t. Abandoning onshore wind means cutting carbon emissions less cost-effectively.

Whilst the articles about the upcoming government plan have focused on solar, the unspoken question is about the largest scale renewable energy UK deploys – offshore wind – which is important because of its potentially very large scale of deployment but a price that is significantly higher than the other renewables or nuclear. Cost reduction is key to its future, even if prime minister Cameron has made no secret of it being one of the industries that he wants to see grow because of the potential economic benefits and growth in UK manufacturing base. Costs have come down from an initial estimate of £155/MWh to around £120/MWh and there are serious plans for bringing it down much further. Europe’s largest renewable energy generator, Statcraft, announced only recently that they expect projects going into construction in 2020 to be competitive with new gas generation. Major players like DONG Energy have continued to reiterate that they expect offshore wind at the end of the decade to be around £100/MWh and be competitive with nuclear in 2020s.

The initial high cost of offshore wind is not an economic barrier to its use. With plausible assumptions about cost reductions and proportion of overall costs retained in UK, an emphasis on offshore wind rather than gas would lead to macroeconomic growth in UK, even accounting for the initial increase in energy costs for consumers.

As mentioned the additional costs of renewable power deployment are real, but need to be put into perspective. Currently these costs are 4.5% of the average energy bill and will rise in total to about 9%. Rising costs are not a good thing – but keep this in perspective: recent analysis says that British Gas consumers could save more than the total clean energy cost on bills by switching supplier, and some costs – such as the additional costs of effectively financing an industrial strategy for offshore wind – could more legitimately be added to public spending rather than added to energy bills which is a regressive way of raising revenue.

The cost of getting solar to being subsidy free is estimated at £150 million additional to what is already projected by the Department of Energy and Climate Change (DECC) by 2020. The last budget gave over eight times that to oil and gas in tax breaks. And think about the wider picture for a moment – the extra cost of getting a major clean energy technology to no longer needing subsidy in UK is about half the cost of adding an extra lane to the A1 between Coal House and Metro Centre.

The Mail piece I mentioned at the start of this blog piece suggested that the UK government would prefer to go ahead with, seemingly, more nuclear. It is a little mysterious why the UK remains so attached to new nuclear power given its impressive degree of underperformance.

A little history is worth remembering. The UK government underwent a major review of energy culminating in a White Paper on Energy in 2003 which emphasised that the best option for UK would be one based on renewable energy and efficiency. Actually not much in the way of real policy followed. Yet barely two years later in 2005, civil servants were briefing ministers for a decision in favour of nuclear power because “policy targets to …boost green energy are likely to fail”. This was probably linked to a major PR push by nuclear industry at the time with the aim of getting political and media support. This largely succeeded.

Yet over 10 years after that civil service memo was written, and a “vast and complex edifice of new energy regulations” has been put in place, predominantly to get new nuclear stations built, they are probably another 10 years away because of the well documented problems with the French EPR reactor design. I was at two events recently (here and here) where policy experts have suggested that the problem with new nuclear power is just a single bad EPR design. However careful analysis suggests cost overruns and delivery issues are not just confined to the French EPR, but the Westinghouse AP1000, the proposed reactor for near Sellafield, which is having significant difficulties too.

Meanwhile UK renewables, despite relatively grudging support largely because of EU targets, have almost quadrupled to approaching 20% of UK power in 2014. So if the Mail article is right about the government now wanting to deliver a major expansion of nuclear is correct, the question to ask is: Why is two years enough to apparently show a failure of renewables, whilst 10 years of non-delivery does not demonstrate the failure of nuclear?

It would also looks increasingly financially questionable. The real costs of nuclear have not come down in 50 years, and DECC spends over £2 billion annually on cleaning up nuclear liabilities – in effect an ongoing subsidy to the development phase of nuclear power.  Meanwhile the costs of various renewables are reaching the point where they’re cheaper than nuclear and are heading for being cheaper than gas.

George Osborne has wanted for years to turn UK into a “gas hub” (whatever that means) and this lead to DECC running two strategies: One on decarbonisation, and the other the Treasury inspired “gas generation strategy“. What the gas enthusiasts are less keen to talk about is that gas is now also to be subsidised via the Capacity Market because no gas fired power stations will be built without it. The wholesale power price currently sits around £40-45/MWh, whilst new gas power stations need around £61/MWh or £80/MWh including a carbon price.

There are real costs to the clean energy transition. But remember that every country in the world is about to undertake them. China for example, has historically spent a greater proportion of GDP on clean energy than UK and looks certain to continue to do so.  Once destroyed, clean energy industries will recover slowly, challenging both UK economic wellbeing and losing construction and manufacturing elements of the economy.  What could the UK government do?

In short, the movement in favour of clamping down on “green levies” as reported would mean stifling innovative industry creating tens of thousands of jobs, in many cases just as it makes its way to cost effectiveness – punishing renewable technologies that have reduced (and continue to reduce) their costs whilst rewarding those who have achieved little.

The cost increment on bills is real, but potentially fairly short-term compared to the long term lock-in of costly contracts (nuclear) or higher carbon infrastructure (gas) whose implied rights to operate could block the kind of emissions reductions Cameron appears to want to flow from the Paris climate conference.

Clean energy is now a major industry where states are vigorously competing for markets. It is also critical for tackling climate change. It is also clear that Cameron’s credibility and influence at those talks would be dramatically reduced if his domestic clean energy sector is in a tailspin or falling apart.