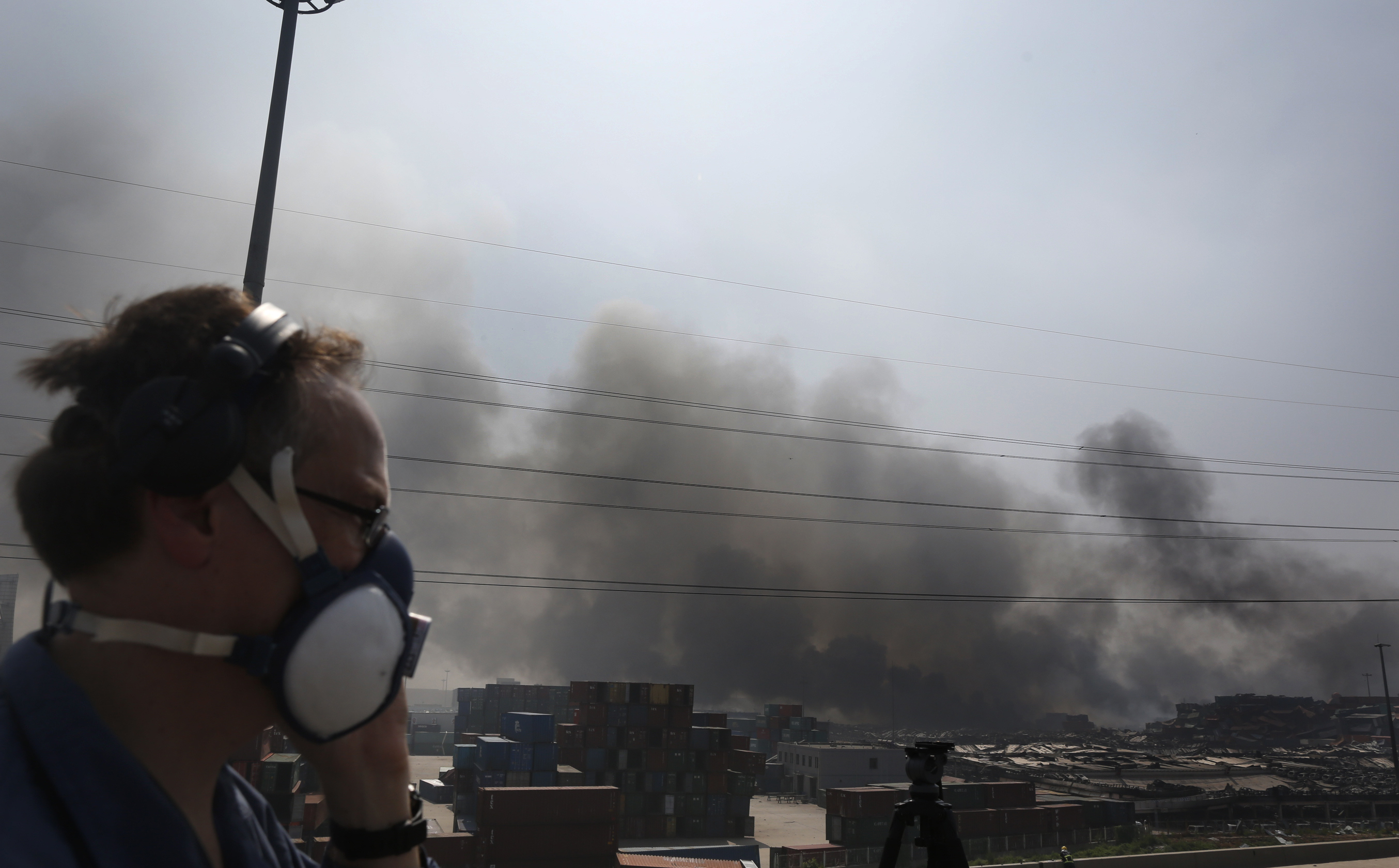 The series of explosions in the port city of Tianjin – which killed at least 50 and injured hundreds – could leave the region facing huge environmental impacts, according to an analysis of information from the local environmental monitoring station.

The explosion is the latest – and by far the most dramatic – in a series of seven chemical plant blasts so far this year including explosions in the provinces of Jiangsu, Fujian and Shandong according to media reports. There are also reports this evening of a further – smaller – explosion at a boiler factory in northern China.

The Tianjin Tanggu Environmental Monitoring Station data suggests hazardous chemicals stored by the company may include sodium cyanide (NaCN), toluene diisocyanate (TDI) and calcium carbide (CaC2), all of which are extremely hazardous to health. The initial data may be unreliable however and comes as authorities struggle to establish exactly which chemicals were involved.

Sodium cyanide is highly toxic whilst toluene diisocyanate and calcium carbide react violently with water – a further potential hazard with rain forecast for the region over the next 24 hours.

The rain also raises the risk of chemicals being washed into local water supplies and eco-systems – with unknown impacts. The full extent to which the chemicals may have been burned off in the explosion is also unknown.

[Toggle through our interactive map story using the arrows]