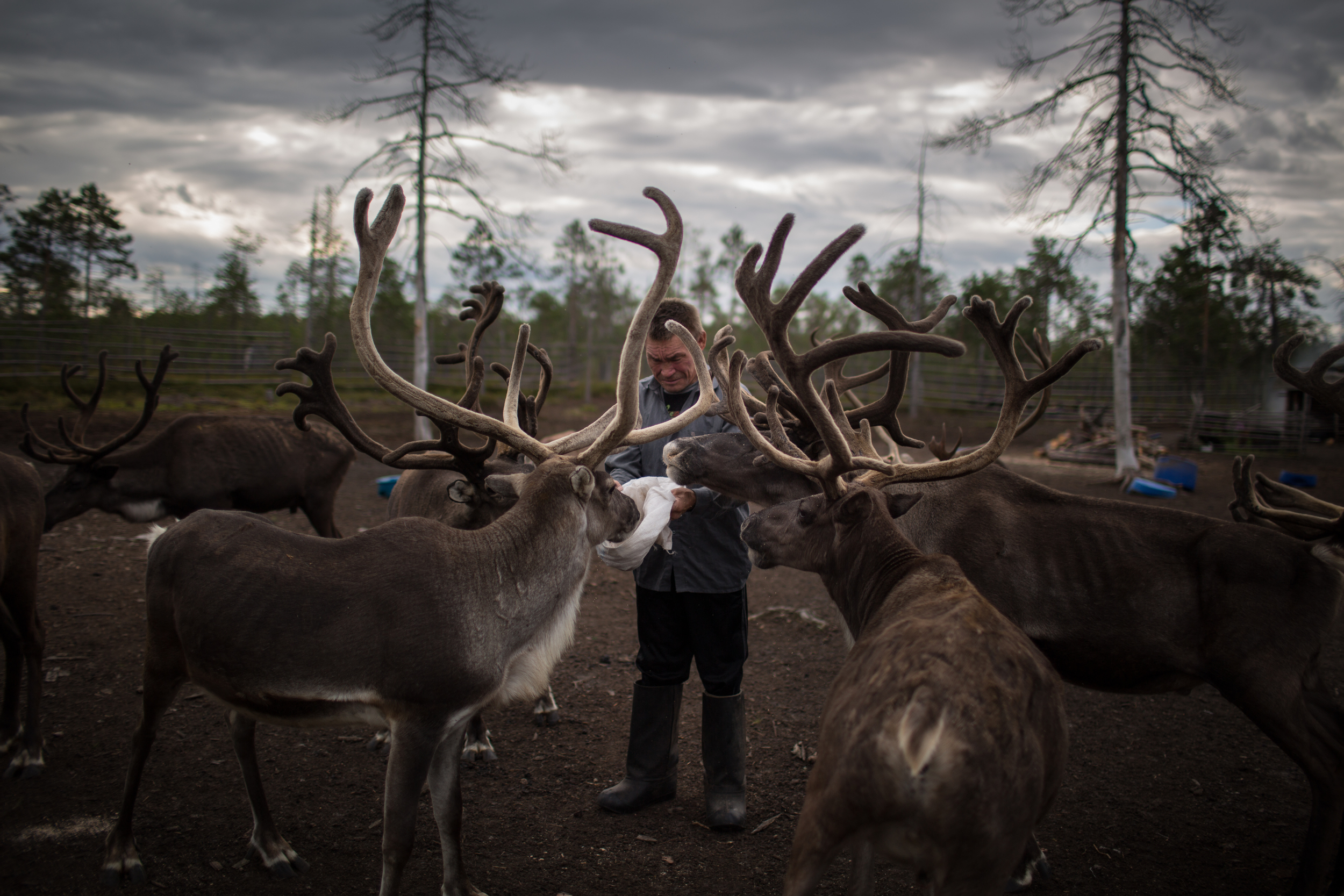 A plan by a small Australian-listed coal company to build two massive mines in the Russian Arctic is teetering on collapse as local indigenous landowners voice their concerns, the coal price continues to crater and banks remain wary of funding the project.

It’s one of many projects around the world which could now not happen after a collapse in China’s coal appetite changed the economics of mining.

But – like many others – the firm continues to push the scheme, arguing that smaller investments can be made now in the hope the coal market will recover in the future.

Tigers Realm Coal, a newcomer to the industry, floated on the Australian Stock Exchange (ASX) in 2011 touting grand plans of building a huge Amaam metallurgical coal mine in Russia.

Like most coal projects promoted at the time, the proposed Russian mine was big.

It could also wreak havoc on the fishing economy of the local indigenous population.

In an October 2011 investor presentation the coal firm estimated that building a 6.5 million tonnes per annum mine plus the development of a new coal export terminal and associated infrastructure would cost a cool $1.45 billion.

With metallurgical coal nudging $289 a tonne on the export market back then, the estimated $88 a tonne cost of production looked like a peripheral concern.

Before Tigers Realm Coal arrived on the scene, indigenous landowners – heavily reliant on fishing salmon – had endured a long struggle before finally winning legal title to an area of land around the Amaam lagoon, right near the site of the proposed project.

The community, which actively opposed coal exploration in the region, was stunned when Tigers Realm kicked off its drilling programme in late 2010.

The movement of heavy equipment over the fragile tundra impacted the protection zone of Amaam Lagoon during the crucial sockeye salmon breeding season.

But Tigers’ projects went beyond just the Russian Arctic.

At the same time Tigers Realm Coal was also promoting the prospect of a coking coal project in central Colombia.

With one proposed project in Russia to cater for the major steel markets of Asia, and a Colombian project to serve Brazil and the Europeans, the company thought itself well placed for investment.

Back in 2011 big-ticket plans for huge new metallurgical coal mines in Mongolia, Mozambique, Indonesia and Australia were all the rage.

Tigers Realm Coal aimed to raise 250 million Australian dollars from their IPO, but this proved overly optimistic and they were forced to dramatically scale back — twice.

No sooner had Tigers Realm Coal begun to trade on the ASX than the seaborne metallurgical coal price began to tank as oversupply met with falling demand from China.

The price crash took the firm’s share price down with it and forced it to abandon its Colombian plans.

As steel-intensive urban construction in China slowed and the government sought to emphasise the expansion of service sectors rather than heavy industry, the need for new metallurgical coal mines evaporated.

With reports of over 400 million tonnes of excess steel production capacity in China, metallurgical coal imports have plummeted, including from its near neighbours of Mongolia and Russia.

But Tigers didn’t cancel the Arctic venture. Instead of going for the big new coal mine and port, the company opted to go for a far cheaper option: the Amman North project.

Tigers Realm Coal calls it ‘Project F’. It is a small low cost mine producing a little over 1 million tonnes a year for exporting through the small capacity dock at the Beringovsky port 35 kilometres from the mine. (Tigers Realm Coal bought the rights to the port in June 2015 on the condition that it continues to export some coal from the nearby Nagornaya mine).

The plan is to run it for 11 years and use the profits to underwrite the development of the far bigger Amaam project.

In a presentation to the Company’s Annual General Meeting in May this year Tigers Realm Coal’s Chairman Tony Manini stated that the project would cost just over US$133 million.

In a May 2015 investor presentation the company claimed the project would be profitable based on unspecified estimates of future metallurgical coal prices by Wood MacKenzie, a consultancy known to be bullish on coal.

One complicating factor is that Tigers Realm Coal says in the first 2-4 years that the bulk of coal produced would be thermal, which currently sells for less than the proposed Project F production cost.

To make matters worse, Tigers Realm Coal doesn’t have sales agreements covering all the coal they propose producing. Nor does Tigers Realm Coal have – at least at this stage – any bank willing to fund the mine’s development.

Without any existing projects to generate money, the only cashflow the company could possibly generate is by trying to entice more shareholders by spruiking its Russian Artic coal dream.

Aside from having two major Russian investors on side, the biggest factor running in favour of the project has been the dramatic depreciation of the Russian rouble, which has fallen by almost half against the US dollar since the start of 2014 due to the global oil price crisis.

With coal traded in US dollars and most of its costs likely to be in roubles, the project could be viable if the metallurgical coal price went up, the rouble stayed low and willing lenders could be found. But few analysts are prepared to argue that metallurgical coal prices have yet bottomed while thermal coal is increasingly viewed as in structural decline.

Last roll of the dice

While Tigers Realm Coal states that it is aiming to start the project by the end of 2015 and ship its first coal by early 2016, that is perhaps more a reflection on how precarious the finances of the company have become.

In their quarterly report to June 30 – which was issued in late July – the company stated that it had just 13 million Australian dollars at hand and planned to spend 3 million of that by the end of September.

In their 2014 annual report released in May the company soberly stated that “the ability of the Group to fund the ongoing working capital requirements beyond 31 March 2016 is uncertain” — they may yet run out of money.

And this is happening across the coal world. Large projects in sensitive regions are folding — all because the money isn’t there anymore.

This is an edited version of a piece published on EndCoal.org. The original can be read here.

Bob Burton is the Editor of CoalWire, a weekly bulletin on global coal industry developments. (You can sign up for it here.)