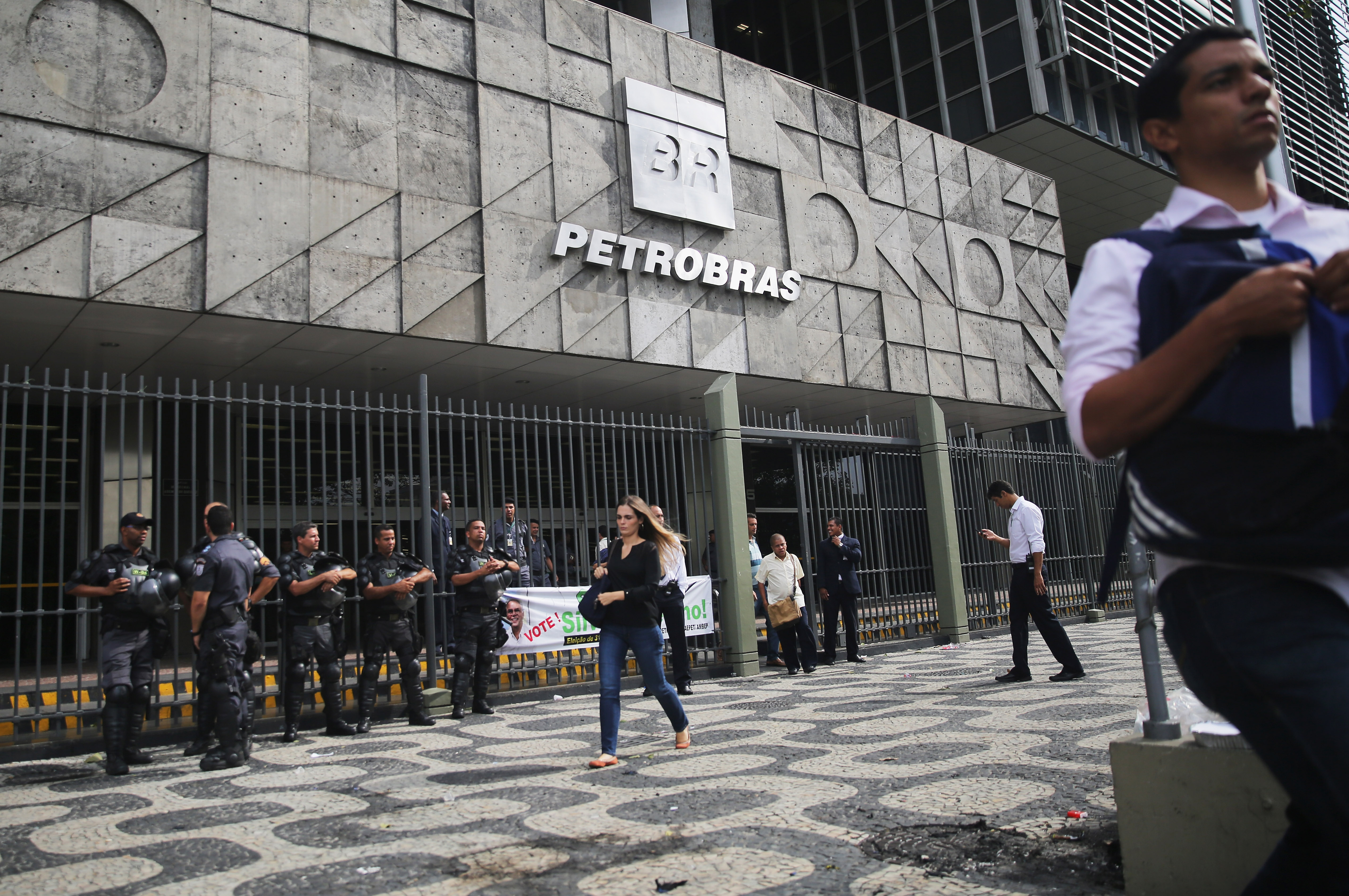 In the past it has supported a number of deals between state-controlled Petrobras and British companies, including deals totalling £380 million in 2013-14.

The Petrobras scandal broke in March 2014, and has since grown to implicate top-ranking politicians and other companies including Rolls Royce.

Earlier this year news of the scale of the bribery and money-laundering scheme triggered huge street protests in a country fatigued by repeated corruption scandals amongst its political and economic elite.

Thanks to UKEF, in 2005 UK tax-payer money partially underwrote one such contract for the construction of a huge oil offshore rig. The rig was earlier this year cited by a key witness as a source of cash for bribes.

Despite the ongoing corruption scandal – which just this week reached staff members closely linked to Brazilian President Dilma Rousseff  – UKEF underwrote Petrobras deals with a further £115 million of support in 2014-15 and has not ruled out further assistance.

UKEF’s latest annual report, for 2014-2015, stated that: “Reinsurance was provided to support the UK element of two large pipe laying vessels, being built by IHC, to be chartered initially to Petrobras to assist the development of oil production.

The value of the UK element was £115 million. Further business involving Petrobras is under consideration.”

A spokesperson for UKEF told Unearthed the agency “has taken, and will continue to take, careful account of the reforms undertaken by management at Petrobras before deciding whether our support could be given.”

“UKEF’s anti bribery and corruption approach is guided by OECD recommendations that export credit agencies like us are required to follow when providing support. And through the introduction of the Bribery Act, the UK is at the forefront of international standards in this field,” the spokesperson added.

OECD guidelines on bribery state that “members may not provide support for a transaction if there is credible evidence of bribery or if the enhanced due diligence process concludes that bribery was involved in the award of the export contract,” and that they must “scrutinise more closely (i.e. apply «enhanced due diligence») applications for official export credit involving exporters/applicants that … are under charge for bribery”.

UKEF’s support to fossil fuel companies such as Petrobras has continued despite the former coalition government’s manifesto pledge in 2010 that it would use Export Credit Guarantees for “innovative and green technologies, instead of supporting investment in dirty fossil-fuel energy production”.

Export Credit Guarantees are the main instrument used to underwrite deals by UKEF. An Unearthed analysis found in January that UKEF had pledged £1.76bn of taxpayer money to support fossil fuel industry deals between 2010 and 2014.