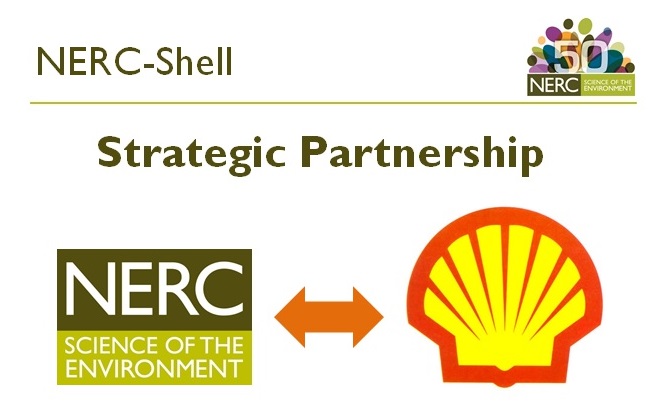 The UK’s Natural Environment Research Council (NERC) which funds and carries out environmental science research received £6.7m from Shell and the fossil fuel industry in the last five years – according to a Greenpeace investigation.

The investigation suggests money given by Shell could be used to access a wide range of research supporting fossil fuel extraction, including oil extraction from remote regions.

Few details of the MoU were ever made public but the investigation found that Shell was has also given funding worth £2.8m.

In the agreement Shell claimed it wanted to access “knowledge and expertise” drawn from NERC’s £330m research portfolio.

In a powerpoint presentation for Shell seen by Greenpeace, representatives of the UK’s flagship research council appeared to suggest Shell could benefit from its high-cost polar work.

Under the heading “Leveraging our Large Infrastructure Assets” NERC notes the council’s “Fleet of aircraft for environmental mapping (including polar regions) and interpretation” as well as “Ocean going ships, including polar capabilities”

The investigation also revealed a partnership between Shell and Engineering and Physical Sciences Research Council (EPSRC) designed to identify ‘synergies’ between the work of the two organisations.

The EPSRC gave more than £70m to University-led projects which partnered with the oil giant in recent years.

Feeding back on progress

Funds from Shell have gone to fund each of NERC’s research centres: the British Antarctic Survey; British Geological Survey; Centre for Ecology and Hydrology, and National Oceanography Centre, according to information provided under FOI.

Following the MoU in June 2015 NERC representatives travelled to Shell’s offices in the Netherlands to feed back on the council’s progress.

In notes to Powerpoint presentation created by the research council and seen by Greenpeace, NERC staff write: “NERC has a broad energy portfolio, investing c.£13m per annum in energy research […] Oil and gas is an important part of the portfolio and working with the oil and gas sector underpins this.”

At the meeting representatives from NERC went on to describe the council’s expertise in sub-surface research, mentioning the “potential for development and translation/use of existing [NERC] techniques for better understanding of oil fields and reserves”.

The presentation went on to highlight the council’s polar exploration and baseline monitoring capabilities as potentially of interest to the oil giant.

The representatives then told Shell: “We’d like to hear from you if there is anything else? Any other opportunities?”

Greenpeace has also found that since the signing of the MoU, Shell’s strong links with NERC have provided platforms for the company to interact with other academic establishments.

In May 2015 NERC held a workshop dedicated to exploring how to extract more oil from mature basins off Scotland. At the event politicians and academics spoke alongside oil company giants and industry lobby groups, including Chevron and Oil and Gas UK. Representatives from Shell and Statoil also attended. Within the sessions attendees were asked to consider ways academic research output could be applied to allow the extraction of more oil from the basins.

Shell has also signed an MoU with another of the major scientific research councils: the Engineering and Physical Sciences Research Council (EPSRC).

Signed in February 2014, EPSRC’s accounts note that “The five year partnership will enable Shell to gain greater understanding of the research landscape in which the research councils operate and […] aims to identify synergies between Shell and EPSRC-funded research and training activities where they relate to Shell technology strategies….”

Analysis of EPSRC’s research-grant database shows the council gave £71,664,538 in recent years, to universities for projects that partnered with Shell, including more than £3.5m to UCL for a project on “Shipping in Changing Climates.”

In March this year the Department of Business, Skills and Innovation tasked Sir Paul Nurse with reviewing the way research councils operate across the UK. In a public consultation, the review asked for opinions on the effectiveness of the Research Councils’ interactions with each other and with external organisations, and asked about the gaps or holes in the funded portfolios of the research councils.

The results of the Nurse Review were due in summer but has not yet concluded and is expected at the end of the year.

A spokesperson for NERC told Greenpeace: “NERC’s role is to deliver independent, world-class environmental research, training and innovation that informs responsible decision-making by the government and business, and creates a more informed public. Providing independent information is an asset when undertaking new ventures, and we work across many sectors to help businesses get the information they need.

“The entire funding from the oil and gas sector to NERC and its research centres represents only two per cent of funding, so your article is leaning towards sensationalism rather than accuracy; we’re disappointed at the lack of support from the research journalism community.”

Correction: Shell is not NERC’s biggest donor as was suggested, though it did give the most amount of money of any energy companies explored.