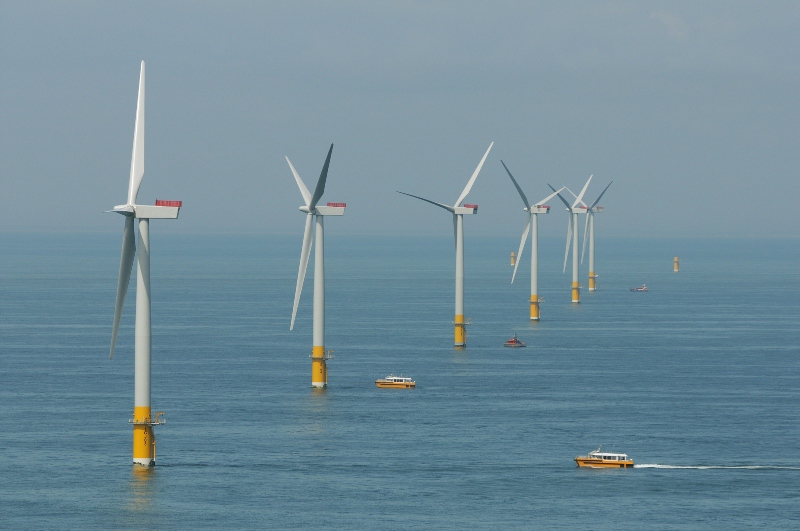 Despite the number of positive comments from German utilities regarding renewables, analysis of recent reports shows the 3 large companies have yet to put their money where their mouth is.

New research into RWE, E.ON and EnBW show that:

1. All three companies are profiting from their small renewable investments (E.ON has made €3.5 billion from non-hydro renewables since 2010).

2. Despite all promises and ad campaigns, non-hydro renewables still account for a very small fraction of their power generation (1-5%) and is not growing that fast either.

3. E.ON and EnBW have both said about a third of their 2015 spending will go to renewables, whereas RWE is actually cutting back and spending only 15%.

Two years ago the large utilities failed to take advantage of a critical moment in German energy policy – the Energiewende – to shift significantly towards renewables.

And now, at a another fork in the energy road, we’ve looked at the big German firms:

Is it all just talk?

All three utilities have been speaking loudly and often about renewable energy.

E.ON, for instance, announced last year a new corporate strategy of divesting its fossil businesses, and restated this plan in its report last week.

RWE CEO Peter Terium last year acknowledged that his company been slow with renewables, saying: “Maybe we started too late. We were wary initially. We didn’t want to get ahead of the pack in renewables.”

Since then the company’s strategy has emphasised renewables:  “We intend to make our contribution to the sustainable transformation of the European energy system. We are doing this not only by investing in renewable energies and the network infrastructure, but also by relying increasingly on innovative products and services.”

And finally EnBW put renewables at the forefront of its strategy: “Our strategy supports the German Energiewende and opens up long-term growth options for us.

“The expansion of renewable energies, the necessary restructuring of our grids as a result and the broadening of our services are the hallmarks of our strategy”

Two years ago we saw that at a group level E.ON, Iberdrola and Enel have been making already considerable earnings from their renewable businesses.

Based on the first nine months of 2015, even RWE and EnBW have started to making money from renewables.

The following graph compares earnings from the renewables (non-hydro) and the conventional power businesses.

The three companies have significantly different approaches to capital spending on renewables with E.On and EnBW this year investing a third of their capex while RWE continues to spend around 15%.

But while they are building wind farms, they are all also building coal power plants.

E.ON, for one, is putting the finishing touches on major new coal units at the Datteln plant in Germany and the Maasvlakte 3 plant in the Netherlands, and has recently completed a new one in Russia. On the other hand, it did recently close the Ironbridge plant in the UK.

But as it is expanding its coal business, it’s also ramping up its wind business, building two North Sea wind farms and greenlighting another big offshore project.

Likewise RWE, though it is actually shrinking its renewables investments. It cut capital expenditures in its renewable division from EUR 650 M to EUR 282 M in the first months of 2015 vs. same period in 2014.

On the fossil front, RWE is working on larger new coal blocks at Hamm and Eemshaven plants; it has plans for another coal plant at Niederaussem and a gas one at Gersteinwerk Werne-Stockum.

Meanwhile its offshore wind parks in the pipeline include one at Nordsee Ost and another at Gwynt y Mor. It also has a bunch of smaller renewables projects.

And it’s much the same for EnBW, with a new coal plant at Rheinhafen Dampfkraftwerk plus a planned gas plant at the same site.

On the other side of things, it did just open a new offshore wind farm, and has several others in different stages of development.

All three companies divested from renewable assets during 2014 and 2015 and increased shares in fossil assets or bought new ones.

E.ON expects its renewable earnings to be lower in 2015 despite an increase in installed capacity — “primarily because of the divestment of operations at Wind/Solar/Other as part of our build-and-sell strategy.”

E.ON has sold both fossil and renewable assets in the past two years, including shares in US wind farms, and the Rodsand wind park in Denmark.

RWE meanwhile got rid of its large oil business DEA, but while investing in grids and conventional power supply it also sold its offshore installation vessel Victoria Mathias and 10% shares from its new Gwynt y Mor wind park.

And finally EnBW has gained control of the major gas supply company VNG, acquired 50% of the EnBW Gas Verwaltungsgesellschaft — and it has just become the 3rd largest gas supplier in Germany. The company seems much more focused on building up its gas business than balancing its portfolio with renewables.

So, overall, while the three large German utilities talk about the need to up their renewable game, they still aren’t really shifting their portfolios towards a more balanced power generation.