5 reasons why protecting forests is vital for any Paris agreement 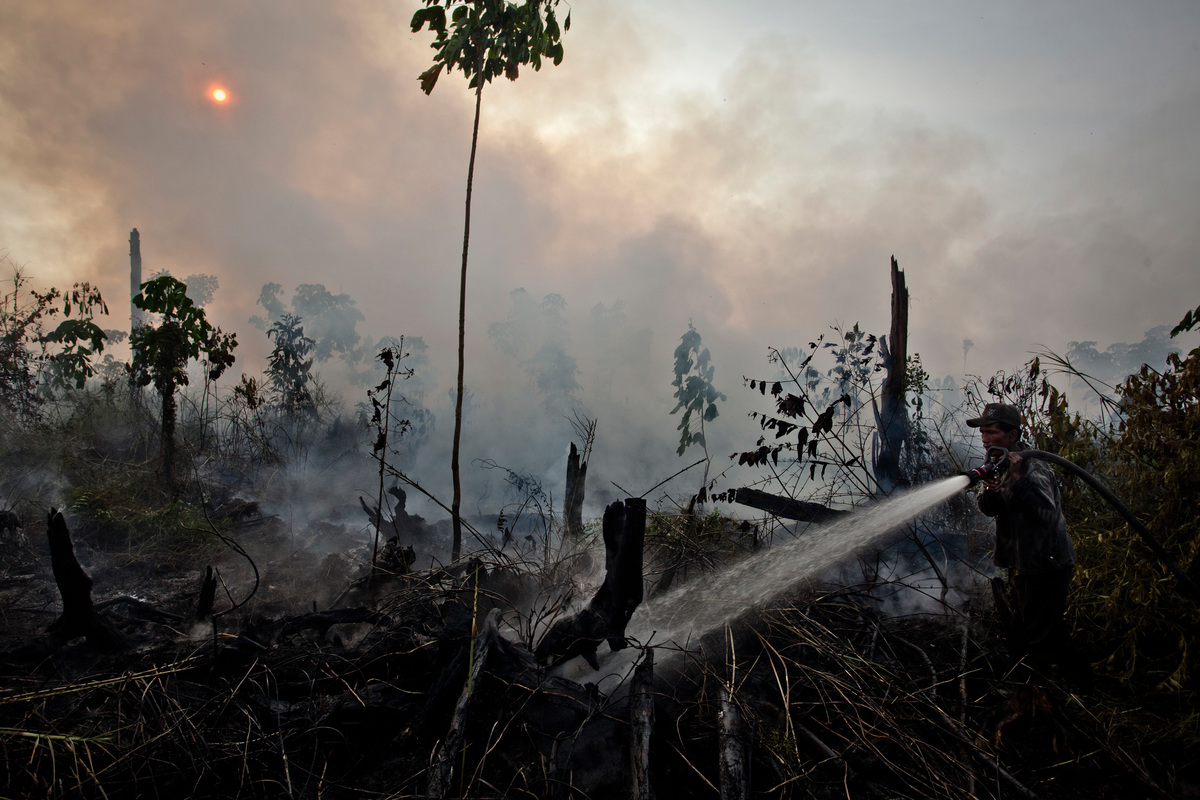 Forests are not just amazingly diverse ecosystems supporting millions of people around the world, they are strategically important for reducing greenhouse gas emissions and mitigating climate change.

So whatever agreement comes out of the COP21 climate negotiations in Paris needs to contain strong measures to protect and restore forests, particularly the tropical rainforests of the Amazon, Congo and South East Asia.

Here are just five very good reasons why we should give trees a chance:

1. Forests are important for removing and storing carbon

Trees are essentially massive carbon sticks – when living, they contain 40-60% carbon depending on the species and region in which they grow. There are an estimated three trillion on the planet, which means collectively they contain an awful lot of carbon.

This carbon – drawn from the atmosphere as carbon dioxide – is stored in the structural tissues in the form of complex compounds such as cellulose, which is perhaps one of the most abundant organic compounds on the planet.

Somewhere in the region of 350 billion tonnes of carbon is stored in this way, roughly 38 times the annual emissions from burning fossil fuels. About the same amount is also stored in forest soils, so even after trees die and decompose, large quantities of the carbon that formed the wood and bark remains locked away.

Crucially, the amount of carbon trees absorb increases as they mature, so the oldest trees are even more important in helping to reduce the amount of carbon dioxide already in the atmosphere than young, growing trees. Every year, mature forests take up nearly 9 billion tonnes of carbon dioxide – that’s equivalent to around one-fifth of greenhouse gas emissions and almost half of that comes from undisturbed tropical forests.

All this means that planting and restoring forests alone is not enough, and ensuring that what remains of the ancient, old-growth forests is protected is even more important.

2. Deforestation is a big contributor to climate change

Cutting down forests not only robs us of an important method of taking down and locking away carbon, the process itself is a major contributor to global emissions.

Available figures are only approximate but the IPCC pegs deforestation emissions at around 12% of annual global levels, the same as both the agriculture and transport sectors. This is after the offset of carbon absorption by remaining forests is taken into account – the gross figures are more than double, which again highlights the importance of mature forests in taking down and storing carbon.

This also includes the destruction of carbon-rich peatlands such as those in Indonesia. Drainage and deforestation of these swampy forests creates a tinderbox out of the desiccated peat which burns incredibly easily, as the recent disastrous fires across Indonesia have shown. Although these peatlands cover only relatively small areas of land, depths can reach over 15m, making them a ticking carbon bomb it would be wise to defuse.

3. Deforestation is on the up

The situation is worse in Indonesia, where deforestation rates have rocketed since 2000, largely due to agricultural industries such as palm oil, timber and paper. It has overtaken Brazil as the country with the highest level of deforestation. 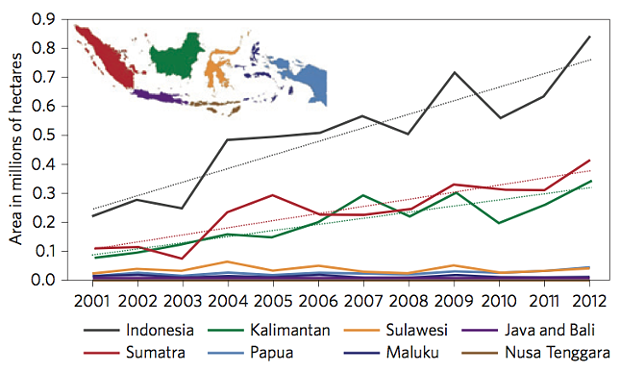 In addition, independent research has shown that in 2012 Indonesian deforestation was 45% greater than Brazil, even though the south-east Asian forests are a quarter of the size of the Amazon rainforest.

Breaking large forests into fragments makes them more vulnerable to environmental changes. Smaller patches have larger edges relative to their size, causing them to lose more moisture and making them less resilient to drought. Similarly, big stands of large trees also make great windbreaks in severe storms, but lone trees and smaller patches are at greater risk of being blown down.

With both droughts and storm frequency predicted to increase as the planet warms, we could enter a nasty feedback loop where patchy forests could be lost which in turn exacerbates climate change by losing valuable sink and storage capacity for carbon.

The fact that trees are such excellent carbon storage units has led to many offsetting proposals within the climate negotiations, which seek to mitigate emissions made elsewhere by planting trees (or just not cutting them down in the first place). While this is a wonderfully pastoral idea, in reality it’s a non-starter.

Carbon dioxide is remarkably persistent in the atmosphere. Of the billions of tonnes released each year, the IPCC calculates that about 50% will still remain after 100 years, and after 1000 years that figure will still only be down to 20%. The message here is that natural processes can remove CO2 but only over very lengthy timescales, and certainly not as fast as is required to avoid really, really bad climate change. 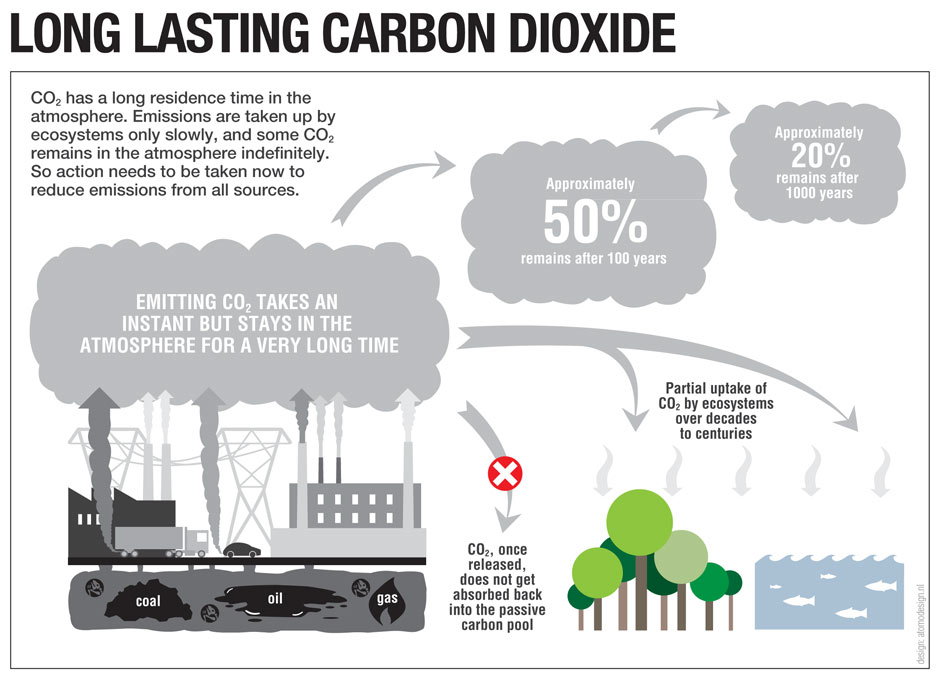 Even if this wasn’t an issue, you would still need a colossal area of the planet turned over to forest. Remember, existing forests only take up about 20% of global emissions so reforestation would need to take place on a planetary scale.

It’s clear offsetting won’t help reduce the amount of carbon dioxide in the atmosphere in any meaningful way – the only way to do that is to stop releasing so much in the first place. So any agreement coming out of Paris needs to be clear that protecting forests is not a substitute for deep emissions cuts from other sectors.