Is solar killing coal in India? 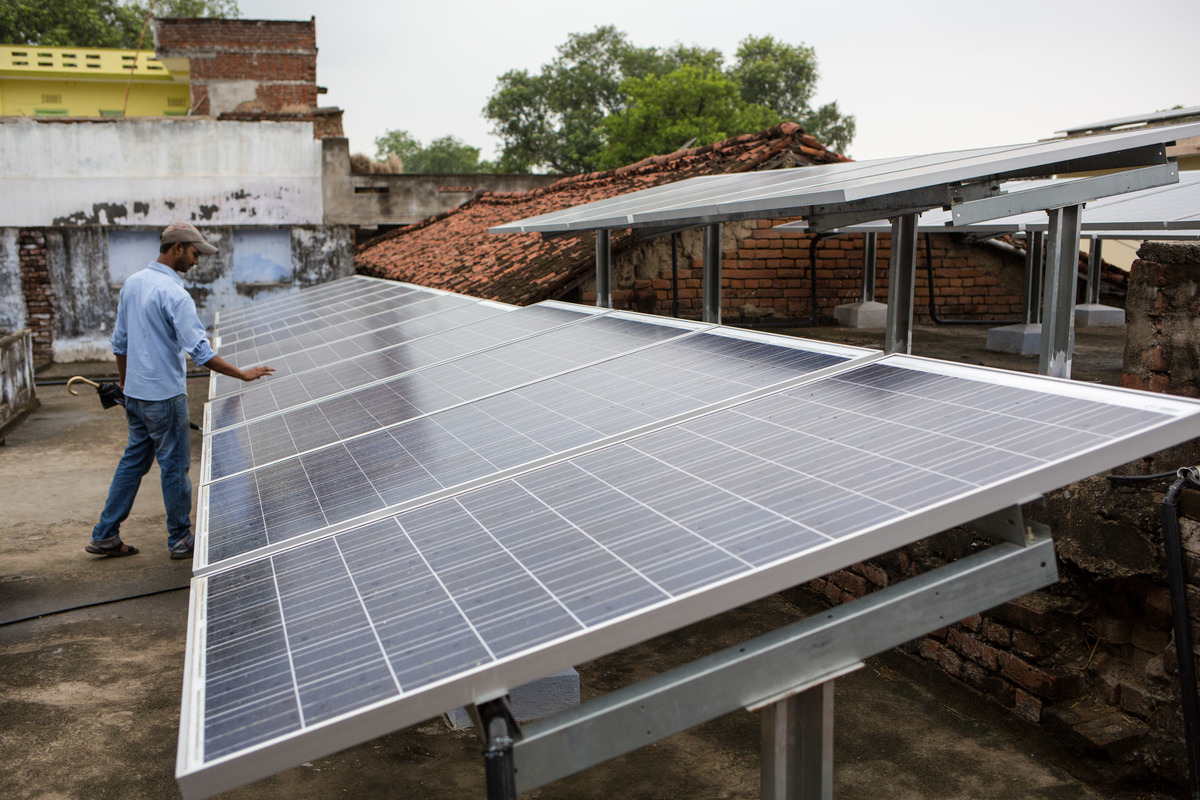 In the run up to this fortnight’s Paris climate summit, India upped its solar power targets — from 20GW to 100GW by 2022, with an additional 75GW of wind to boot.

Energy consultants agree that this target will be difficult to achieve, though not impossible. Even getting part of the way to 100GW of solar would be a game changer.

India currently has about 4.4GW of installed utility solar capacity, and solar consultancy Bridge to India estimates another 13GW in the construction pipeline, which should be running by 2017 at the latest. Rooftop solar is also on a steep upward trajectory in 2016.

In comparison to its June announcement of all that wind and solar, India’s INDC document was decidedly muted, without a 2030 renewables target — just a 40% ‘non-fossil’ energy target, leaving the door open for nuclear and large hydro.

India’s current proportion of non-fossil installed capacity is about 30%, so an increase of 10% over 15 years is hardly ambitious. The consensus of most industry and energy watchers is that if India gets close to its 2022 target then it should breeze past its 2030 one.

And the reason the government wasn’t explicit about it is because it hopes to leverage its climate targets against finance and tech aid from the west as part of the prospective UN climate deal.

The elephant in the room though is that even with a 40% non-fossil target, the government still targets 60% of installed capacity in 2030 to come mainly from coal. (Oil and gas are marginal players in India’s energy mix, and barring a major, economical, gas discovery, that is unlikely to change).

The 2030 projection for India’s installed capacity is approximately 850GW, from 278GW today. That would mean about 250GW of new non-fossil energy and about 300GW of new coal/lignite/gas/oil.

And yet India’s coal power plant sector is currently at a standstill, with no new greenfield projects announced, and many projects either stranded or operating at unviable capacity levels.

The average capacity factors for all power plants have been hovering around 60% from April to September 2015. In the private sector, that number is even lower. Such low capacity factors are impacting investors’ return on equity and scaring off new investments.

With domestic coal production growing in the last year, coal scarcity is no longer a big problem. The reasons for the low capacity factors instead lie in the shaky financials of distribution companies which are in no position to purchase additional power.

Even as new plants struggle to turn a profit, another 83GW of projects, again mainly coal, is still in the construction pipeline. Most of these are stalled, either because investors have frozen spending until they are sure there’s enough power demand or because of what are euphemistically referred to as ‘environment’ issues —  which is industry-speak for community opposition and legal hurdles in the approval process.

New utility-scale solar projects will now be selling power at a rate equivalent to (or even below than) that from new coal plants. Coal power gets more expensive every year, solar only gets cheaper. There is little economic rationale for new coal build in India, which explains why investors are wary of putting more money into the sector.

Given this, and the Energy Minister’s recent statements that the government will not pursue new fossil fuel investments, it seems hard to believe this government is still targeting 1.5 billion tonnes of coal production by 2020, or an additional 300GW of coal power capacity by 2030.

Even with a major uptick in India’s economy, propelling demand for power, why would industrial consumers opt for more expensive coal over solar?

This might all be moot however. Badly burned by the 2007-2012 coal boom, banks have little faith in a coal resurrection in India and it is hard to see significant amounts of capital returning to the sector.

India’s coal boom is definitely paused, and probably over. The only problem is that the Indian government hasn’t yet woken up to it.