COP21: Is the air pollution crisis in India and China improving at all? 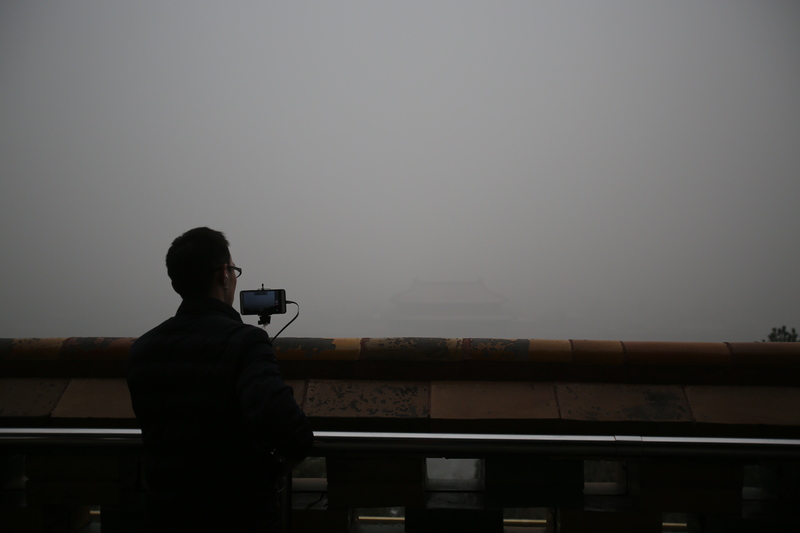 As world leaders in Paris kicked off discussions to reduce carbon emissions, much of eastern China and northern India was suffering from crisis-level air pollution.

Beijing’s pollutant particulate levels were in the extremely hazardous range from Sunday through to Tuesday as slow moving air masses brought a toxic soup of pollution into the city from industrial areas to the south, with heating emissions from coal adding to the mix.

The agony finally ended for Beijingers late on Tuesday as wind from the north brought in some cleaner air, and skies have since been clear and fresh — pollution levels even fell below 10 ug/m3! Residents of the industrial regions further south, however, haven’t been so fortunate.

Meanwhile pollution levels in the Indian capital of Delhi peaked at a terrifying 1,400 ug/m3 on Monday — more than 20 times above the World Health Organization guideline.

The episode started with slow-moving air from the neighbouring state of Uttar Pradesh flowing into the city, and local emissions from transport and other sources polluting the air further. While the main focus of Indian media was on Delhi, half a dozen north Indian cities, including Lucknow, Agra, Farirabad and Patna actually had even higher pollution levels — this was a truly regional crisis with hundreds of millions of people exposed to extreme levels of toxic air.

The episode in Beijing prompted a very angry response from residents, stirring a sense of hopelessness over the the city’s seemingly perpetual pollution problem. But China has actually made big strides in tackling air pollution from power plants and industries, as well as from local sources, with coal consumption falling significantly this year and emission controls improving.

In fact, even after the episode, 2015 is on track to be the best year for air quality in Beijing at least since the US embassy started measuring pollution levels in 2008, with average PM2.5 concentration in January-November an impressive 24% lower than last year. This also represents by far the largest year-on-year drop.

But the horrific episode shows that there is a long way to go. The volume of coal-burning in China is massive and there are clearly still issues with the implementation and enforcement of emission standards, as the screencap below shows. Reducing emissions does not get easier after the low-hanging fruit is picked, so maintaining the momentum of clean energy, reductions in coal use, and improved emission controls will be key.

While China has put in place ambitious targets and action plans for reducing coal use and improving air quality, India is still coming to grips with the problem. Real-time air quality data has only recently started to be properly published, although the number of cities covered is still low.

Most importantly, the official data shows that India’s national air quality standards are being consistently violated in most cities, but there is as of yet no deadline or action plan for meeting the standards.

In both China and India, one look at the satellite images from this week is enough to show that the crisis-level air pollution is not simply a local phenomenon; it’s a crisis than spans the entire region.