What are the potential results of the New York attorney general investigation into Exxon? 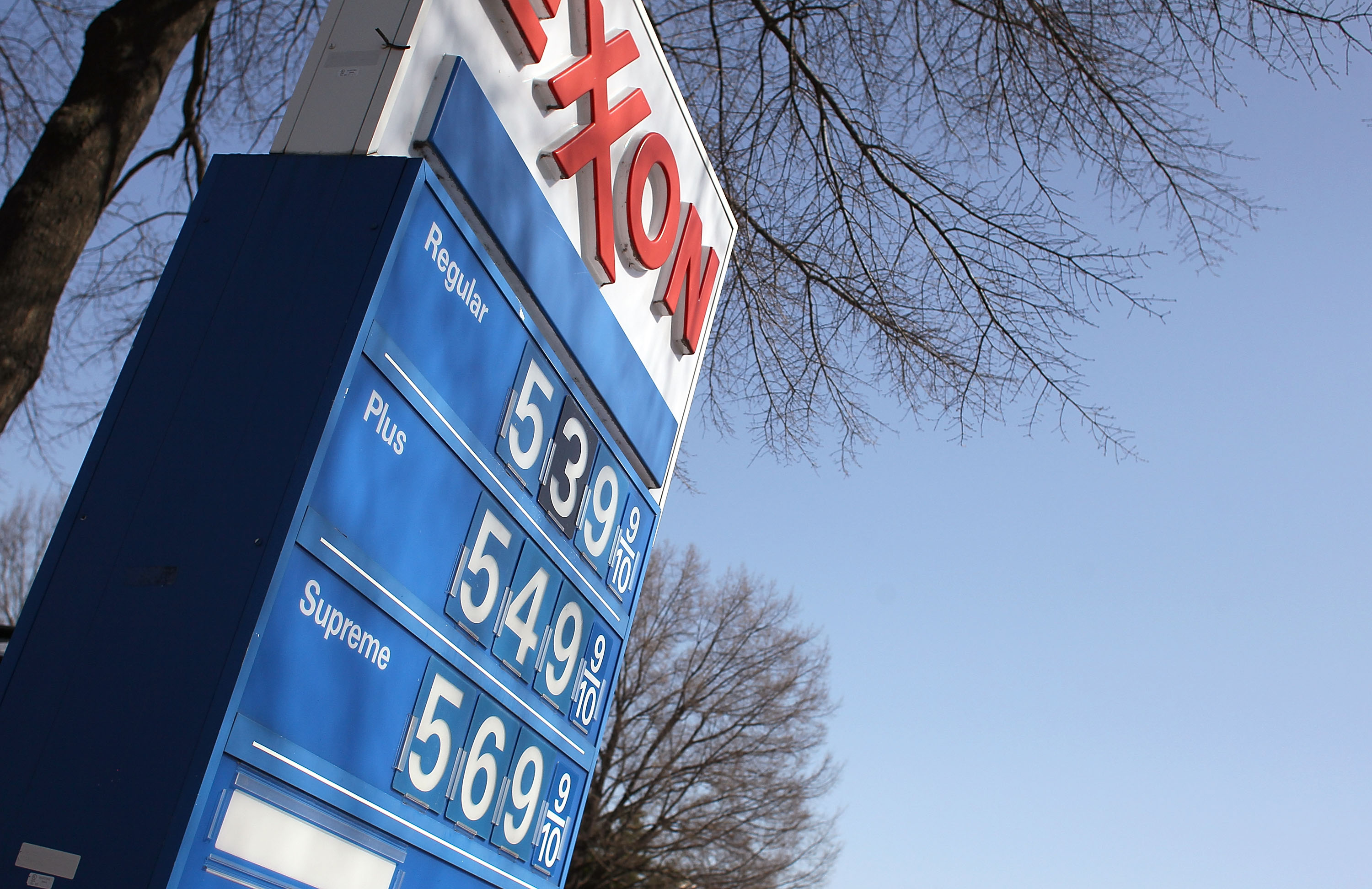 New York attorney general (AG) Eric Schneiderman is spearheading an investigation into Exxon for allegedly lying to its investors and the public over the risks of climate change and the impact on the oil-giant’s business.

While we don’t know at this stage exactly where Schneiderman is going to go with this – or whether a case will emerge from the examination of the sheaves of internal paperwork that have been subpoenaed (ordered). But the potential reverberations of a successful case could be far-reaching.

Beyond the risk of fines and a damaged reputation, documents revealed in the investigation could lead to new regulations on the industry and further legal action. Ultimately the case could prove to be the first in a wave of new regulatory and legal obstacles for the fossil fuel industry.

AG Schneiderman appears to be investigating Exxon under the Martin Act, a powerful fraud law likened by one NY corporate lawyer to“the legal equivalent of a weapon of mass destruction”.

That’s because under the New York state law Schneiderman won’t need to prove intent to defraud or damages – and documents can be shared with other trial lawyers after such cases.

Though the details of the subpoena are confidential, it’s been reported that it orders Exxon to hand over documents on its internal climate research; on climate change prepared for or by industry groups; related to Exxon’s funding of climate change advocacy groups; and marketing and advertising paperwork and communications.

While New York state has a number of fraud laws that could also be also used, the Martin Act has recently been used for high-profile prosecutions including banks deceiving their investors, such as JPMorgan and Bank of America.

The investigation is likely to take years to complete – but the ramifications could start far earlier. What does it mean for Exxon? Well, that all depends on what comes out of the investigation.

A series of media and NGO investigations into the oil giant found the firm – which was engaged in climate science for about a decade from the late 1970s and acknowledged manmade climate change – then founded and funded climate denial lobbying on a significant scale since the 1980s, spending about $30 million on climate denial.

The disparity between its internal and external approach to climate has been coming into sharp focus amid the firm’s continued funding of climate denial groups.

The narrative played out in the media suggests Exxon orchestrated a cover-up and therefore deceived its investors and the public about climate risks. A Nature Climate Change study recently revealed the links between climate disinformation and politician’s speeches.

Under the Martin Act, it needs to be demonstrated that a firm deceived its investors or the public by misrepresenting or omitting a material fact – which means key information for decisions – in the offering of securities, in other words financial assets.

So, Schneiderman needs to find the so-called ‘smoking gun’ – the crucial piece or pieces of evidence to establish Exxon deliberately misled investors and consumers.

David Hunter, an environmental law professor at American University’s Washington School of Law, told Unearthed: “The smoking gun proving the deliberate conspiracy that was eventually found in the tobacco case has not surfaced yet…

“But it does not take a lot of imagination to leap from what we now know about what Exxon Mobil knew in the 1970s/1980s about climate change and what they did to obscure public opinion in the 1980s/1990s to believe that this was a deliberate conspiracy to protect the sales of their harmful product against emerging science that it was harmful.”

So what happens if Exxon are prosecuted?

The Martin Act, a law dating back to the 1920s, allows both civil and misdemeanor or felony criminal charges to be brought against a corporation.

Criminal sanctions are harder to achieve and less likely but include prison time of between 15 days to 4 years depending on the severity of the offence.

Imprisonment of those responsible for fraud is rare in recent history, though famously Enron executives including its CEO Jeffrey Skilling were jailed in 2006 – though this was a federal ‘honest services’ and not a Martin Act case.

Under the civil part of the law, the Martin Act allows the attorney general to authorise restitution – meaning money earned from investors because of the fraud may have to be given back.

For this to stick, it “may require proving how and how much Exxon Mobil benefitted from the fraud which is an additional element that admittedly may be difficult to demonstrate but it does at least open up the conversation for some very large financial impact on ExxonMobil,” Hunter said.

Of course, firms being investigated under the act have not only have the disgorgement of their profits to fear – but also heavy fees associated with these kinds of lawsuits.

Under intense financial pressure, in the past few years both JP Morgan and Bank of America settled the cases against them under the Martin Act for billions of dollars.

Under the civil section of the law, the Attorney General can also “seek a permanent injunction barring the person or entity charged from selling, offering to sell securities”, which includes stocks, shares, and interests in oil, gas rights. This would essentially shut Exxon down..

Despite all this firepower, a recent attorney general investigation into Peabody Coal recently ended in settlement with Peabody agreeing to be more transparent with its investors about its internal forecasts of the company’s performance – which was seen a damp squib by some analysts.

In contrast, revealing hoards of internal company information from the investigation can be one of the most powerful consequences of Martin Act investigations.

Brandon Garrett, a professor at the University of Virginia School of Law told Unearthed the documents from Schneiderman’s investigation into Exxon could be kept confidential or might be made public: “One possible element of any settlement of a Martin Act case may be greater and more complete disclosures.”

If documents are revealed they further could illuminate the relationship the energy industry and climate research.

“That alone will accomplish an important public purpose,” Garrett says, “Indeed, in the tobacco litigation, not only did companies pay billions in damages, but the documents and evidence unearthed played a great role in changing public opinion.

“Any industry cover-up can lead to public pressure not just to pay damages, but to impose more stringent regulations, which may have more long-lasting consequences.”

In the case of tobacco, there has been an several waves of lawsuits (private, state and federal) against tobaccos firms since the link between smoking and lung cancer was proven in the 1950s. In 2006, big tobacco was found guilty of a massive 50-year cover up of the harmful effects of smoking despite knowing this for decades.

Schneiderman’s potential Exxon case could “open up years of litigation and settlements” similarly to the way Attorney General-led tobacco litigation did in the past, according to Garrett.

“There are lots of ramifications if the [potential Exxon] case were successful. First it would demonstrate ExxonMobil deceived investors and this could have reverberations in other states and potentially with civil suits from investors,” Hunter said.

James Tierney, a former Maine attorney general who directs the national state attorneys general program at Columbia University told Unearthed: “In the past, state AG’s have worked together to share documents on cases, so that is a possibility down the road, but right now, any documents would only be in the possession of NY.”

In California, which also has powerful shareholder protection and business fraud laws, there are calls for another Exxon investigation.

The US Department of Justice may also be watching proceedings with an eagle eye to see whether there is scope for a federal criminal prosecution.

It’s hard to know whether these additional lawsuits would happen, though, as it depends on the evidence. Under the Martin Act – which is a New York state law more powerful than any regulator in any other state  – cases could be easier to prove than those under federal law.

Under the Martin Act you don’t need to prove damages have occurred, or demonstrate intent or knowledge of wrongdoing – which isn’t the case for most lawsuits.

There is also the possibility that the Peabody and Exxon investigations show a new focus on the deceptions of fossil fuel companies about climate risk – so there may be implications for other energy firms, think tanks and trade associations.

Together with Exxon, BP, Shell, and Texaco (now part of Chevron) all lobbied against the US government’s involvement with international climate politics like the Kyoto Protocol.

Some legal experts reckon the Exxon and Peabody investigations set the stage for regulator (Securities and Exchange Commission, in the US) investigations, which could encompass other companies making statements about how climate change could affect their business model.

In the UK, environmental lawyers Client Earth have set up a climate litigation team, and say they will sue CEOs who ignore the risk represented by climate change.

The environmental law organisation’s company and financial lawyer, Dave Cooke, said they will be “scrutinising company reports and taking action where they fail to meet to standard of disclosure required by law. This will initially take the form of complaints to the regulators”, which in the UK is the Financial Reporting Council.

Perhaps the longest shot that could come out of all of this is that it will leave Exxon or other fossil fuel companies more exposed to being sued for causing causing climate change impacts under tort law, which would mean people seeking compensation for damages of events such as storm flooding and rising sea levels.

US tort law hasn’t got a great track record for this kind of lawsuit. In the US at the moment you can’t successfully sue fossil fuel companies for damages from climate impacts in federal courts because of a ruling saying air pollution regulation is the remit of the US Environmental Protection Agency. From California wanting to cap utility emissions to a group of Alaskan Inuit villagers wanting to sue fossil fuel giants for the loss of their town, which is disappearing because of rising sea levels – it hasn’t worked.

But, state court lawsuits could bear more fruit, according to legal experts.

Otherwise, it may be other countries around the world that lead in climate litigation against fossil fuel companies. Already this year in a seminal case in the Netherlands the judge ordered the government cut carbon emissions more deeply than planned after a civil society lawsuit – though this might be appealed. In Pakistan in September, a court ruled that the government should enforce its climate policies.

Meanwhile, a Peruvian farmer is suing RWE for 0.5% of the costs of work to protect the valley where he lives, which is threatened by glacier melt. The German coal firm say there is ‘no legal basis’ for the David vs Golliath suit. And Greenpeace Southeast Asia, disaster survivors,  and local community groups are petitioning the Commission on Human Rights to investigate the responsibility of fossil fuel companies for human rights impacts resulting from climate change.