Paris talks close with a smiley-faced tie, a lunchbreak, and an historic agreement 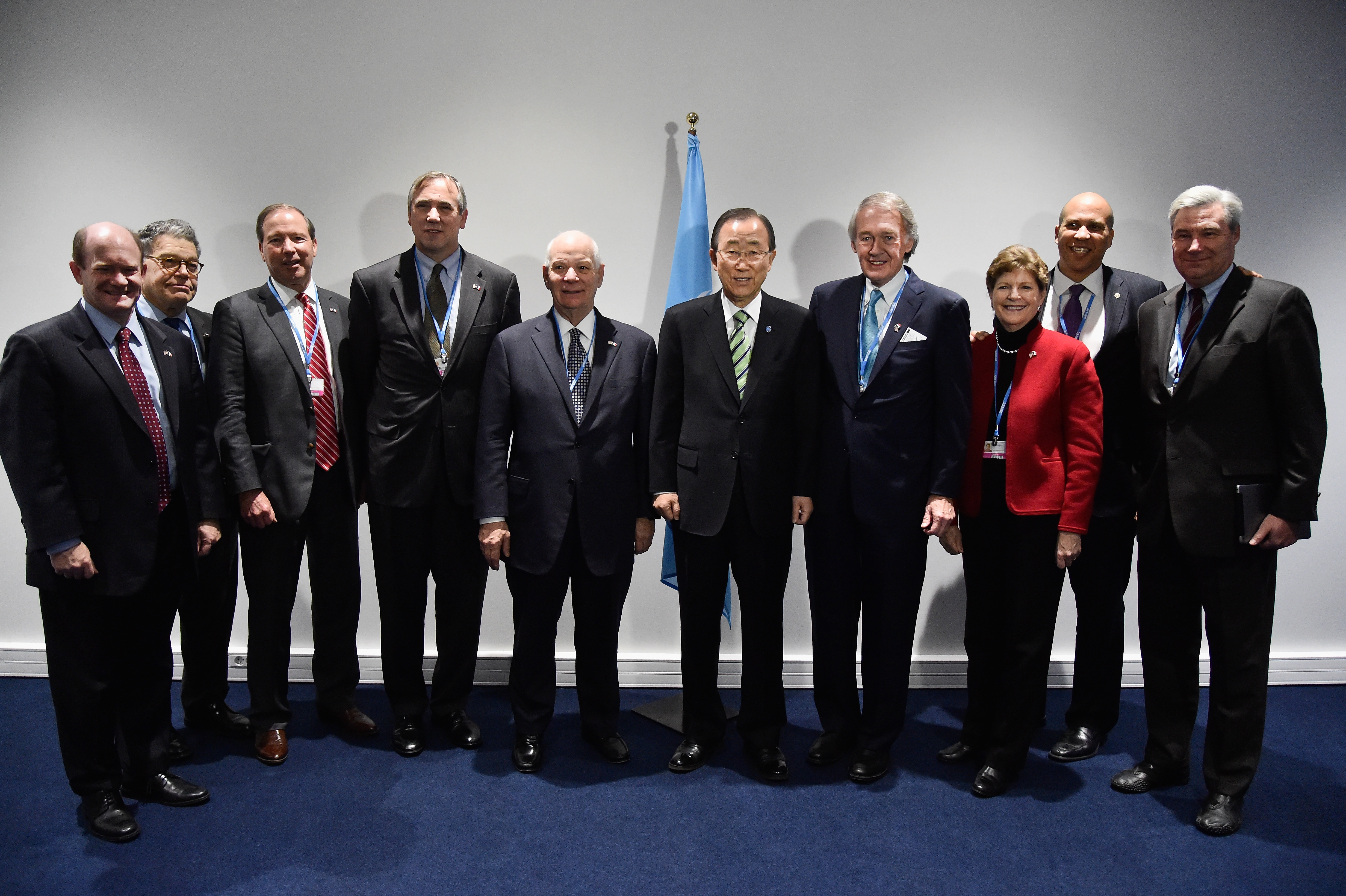 Will 12 December 2015 become one of those dates where children ask their grandparents, “where were you when the world agreed a universal deal to tackle climate change?”

Only time will tell whether this question is laced with disappointment or admiration (will we actually fulfill the promises made on Saturday?) but for right now for some it’s time to celebrate.

Is the Paris Agreement enough to please everyone? No. Will people continue to suffer from climate-charged extreme weather events? Yes. But it is a welcome change from previous summit outcomes.

For decades the world has failed to agree on a deal to reduce carbon emissions and keep catastrophic climate change at bay. But walking into the Le Bourget conference centre on Saturday morning you could sense the optimism in the air.

Belgian climate scientist Jean-Pascal van Ypersele, a former vice-chair of the Intergovernmental Panel on Climate Change, could be seen wandering around sporting his “optimist’s tie” covered in yellow smiley faces which he said reflected his mood that day.

You could also sense the exhaustion. Many were asleep on the media room couches, one person with just their face and bare toes sticking out from beneath their coat.

And given that negotiations were officially into overtime it seems this didn’t require that cafes and canteens remain open. Coffee was hard to find – and just when everyone needed it most.

The final draft of the text was due at 11:30am. In the minutes leading up to this all you could hear was furious typing by journalists preparing their stories and NGOs their press statements.

“Our responsibility to history is immense,” said French COP21 President Laurent opening the day. “That responsibility consists in not missing out on this unique opportunity which is now open to us.”

“Nobody here wants a repetition of what happened in Copenhagen,” he warned. “Perhaps not all the planets were aligned then but today they are.”

He continued: “In this room you are going to be deciding upon an historic agreement. The world is holding its breath, it counts on all of us.”

The message was clear: we are on the precipice of an historic moment and there will be no messing about now.

“This is something that is unprecedented in the history of climate negotiations,” he said. “This will be a major leap for mankind.”

And just when everyone’s excitement and anticipation was at its peak, Fabius announced the text would only be out at 1pm. And then in true French fashion he suggested that in the meantime everyone go eat some lunch.

The media room burst out in laughter.

Once the text dropped the rest of the afternoon was filled with press conferences analysing it. Was it really ambitious? What’s missing? And, what signal does it send to the world?

One thing was abundantly clear though: this deal could pave the road for the end of fossil fuels.

Other things were less clear and as the day progressed rumours and questions began to fill conference centre. “Who is counting Crimea’s emissions, Ukraine or Russia?” one person asked. “Are the Russians happy with this deal?”

Then a sigh of relief came when word got out that the Latin American countries were happy with the deal. (Remember some such as Venezuela were famous for blocking a deal in Copenhagen.)

In the end it was the Americans who caused the drama. At 5:30pm when the final plenary was set to open and a deal was imminent a fuss was caused over a claimed typo in the text. In article 4.4 where it said developed countries “shall continue taking the lead by undertaking economy-wide absolute emission reduction targets” the United States was said to be arguing that this was supposed to be “should continue taking the lead”.

An hour and a half later, though, Fabius hit the gavel. ‘Shall’ became ‘should’ and the deal was agreed. Applause and cheering reverberated throughout the conference hall. History had just been made.