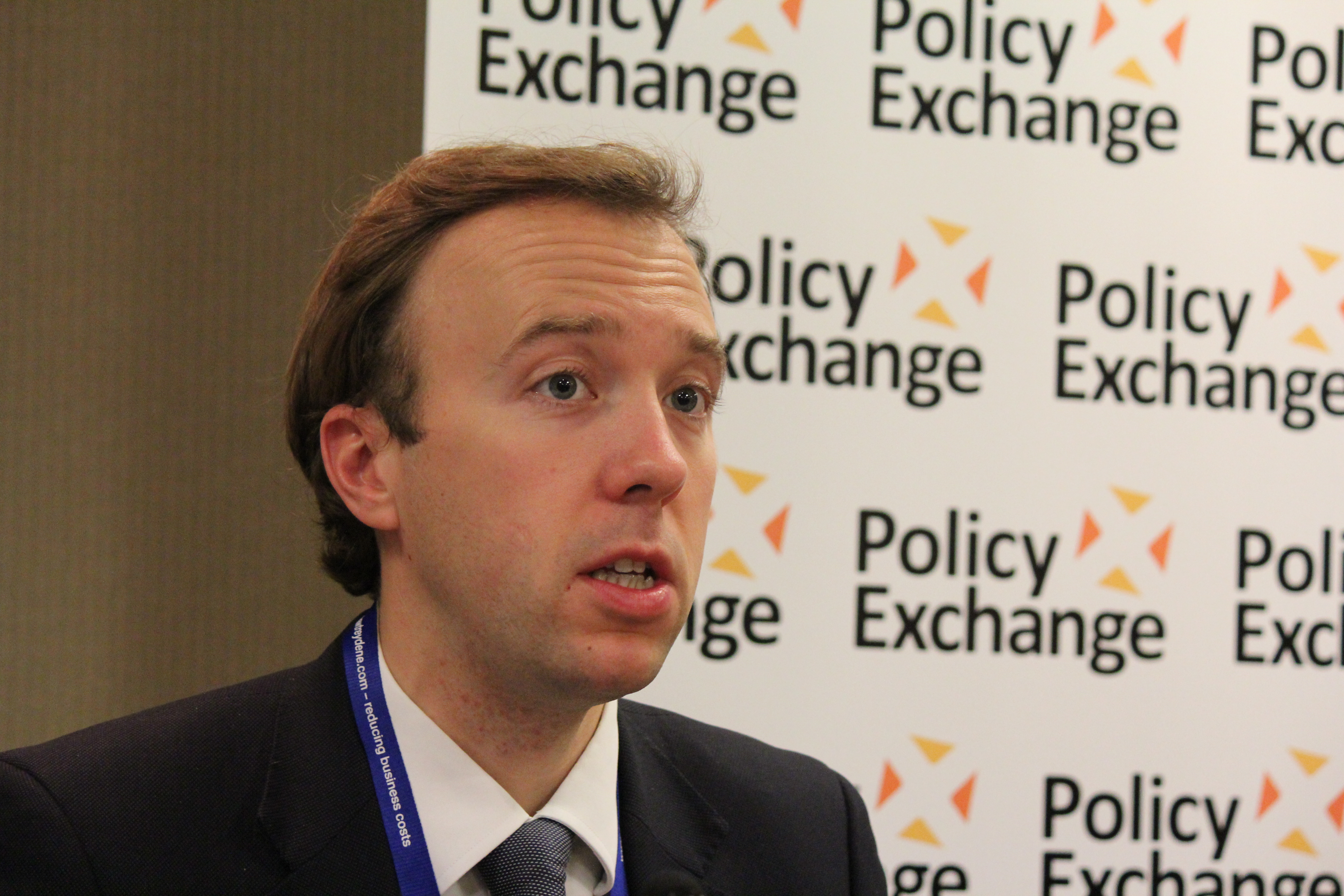 Matthew Hancock, the minister who recently banned charities from using public funds to influence government, has accepted £22,000 in donations from the boss of the think-tank that lobbied for the policy, Greenpeace can reveal.

The donations were made by Neil Record, a City currency manager and chairman of the Institute of Economic Affairs (IEA), over the last five years. The most recent payment of £4000 was made in November 2015, after Hancock had been appointed to his Cabinet Office position.

The press release announcing the change in government policy directly acknowledged the role the IEA had played, referring to its “extensive research on so-called ‘sock puppets’, exposing the practice of taxpayers’ money given to pressure groups being diverted to fund lobbying”.

The new restrictions mean that charities tackling issues such as homelessness or child poverty would be barred from using their work to lobby government departments on how to best tackle those issues, if the money to do so came from a government grant.

According to an earlier report by the Independent, the IEA received £15,000 from an unnamed donor in 2013 to further develop its “sock puppets” policy proposals. The IEA has refused to reveal the identity of the donor.

In addition to the payments made directly to Hancock, Greenpeace can reveal that senior members of the IEA have donated more than £2.2 million to the Conservative Party since 2010, according to Electoral Commission records.

Australian billionaire Sir Michael Hintze, a trustee of the IEA since 2005, has donated £2 million over the last five years alone, while Record has donated £245,550, including the payments to Hancock.

A spokesperson for the IEA told The Independent that “we have no record of any IEA staff member or trustee ever meeting with Matthew Hancock to discuss our sock puppets research.”

Record said that he donated to Hancock because he admired his political philosophy and denied having ever lobbied him.

“For the avoidance of doubt, I have never had any commercial or any other lobbying-type relationship with Matt in any of his ministerial posts, nor have I ever discussed his responsibilities in any context that relates to me personally or my chairmanship of the IEA. I can confirm that I have never discussed ‘Sock Puppets’ with him personally”, he said.

Over the last four years the IEA has made concerted efforts to influence government policy on charity lobbying.

Last year it hosted an event on “sock-puppets”at Conservative Party Conference, with speakers including the author of the IEA research, Christopher Snowdon; Dan Hannan MEP; and right wing campaigners Guido Fawkes and the TaxPayers Alliance.

Earlier in 2015, then Communities and Local Government secretary, Eric Pickles, used a written statement to the House of Commons to announce that his department would “impose a new anti-lobbying, anti-sock puppet clause” on new grant agreements.

As with the Cabinet Office press release, Pickles explicitly credited the IEA for its: “extensive research on so-called “sock puppets”. The IEA had “exposed the extensive practice of taxpayers’ money being given to pressure groups and supposed charities, in turn being used to lobby the Government and Parliament for more money and more regulation”, he said.

But the Cabinet Office insisted last night that the department had developed the policy itself. A spokeswoman told The Independent that: “the decision to end the farce of government lobbying government was taken based entirely on the advice of civil service officials. Reasonable people will know that taxpayers’ money should be spent on improving people’s lives.”

The targeting of charities using public funds to lobby government appears to be part of a wider effort by the IEA to equate corporate and charity lobbying.

In a 2013 submission to the Committee on Standards in Public Life, which advises the Prime Minister and is sponsored by the Cabinet Office, IEA researcher Christopher Snowdon opposed a proposed new register of lobbyists on the grounds that it would: “cement the popular misconception that professional lobbyists are untrustworthy and undesirable—hence their need to be registered—whereas amateur or NGO-based lobbyists are acting in the ‘public interest’.”

Instead, he argued, “we believe that no distinction should be made between lobbying by “a charity, a company, and NGO [sic] or a trade union” .

The register of lobbyists that emerged from this process has been heavily criticised for being restricted to third party, consultancy lobbyists, rather than companies’ in-house teams.

Elsewhere, the IEA has said that government funding for charity lobbying is responsible for “distorting public debate” and has drawn attention to the “left wing bias” of many of the organisations in receipt of public funds.

Greenpeace first highlighted the connection between Mr Hancock and Mr Record last year, after it emerged that Record, who also funds the Global Warming Policy Foundation, donated to Hancock whilst he was a minister at the Department for Energy and Climate Change.

Record was appointed as IEA chairman last March, having served as a trustee since 2008.