Satellite data: India had worse air pollution than China in 2015 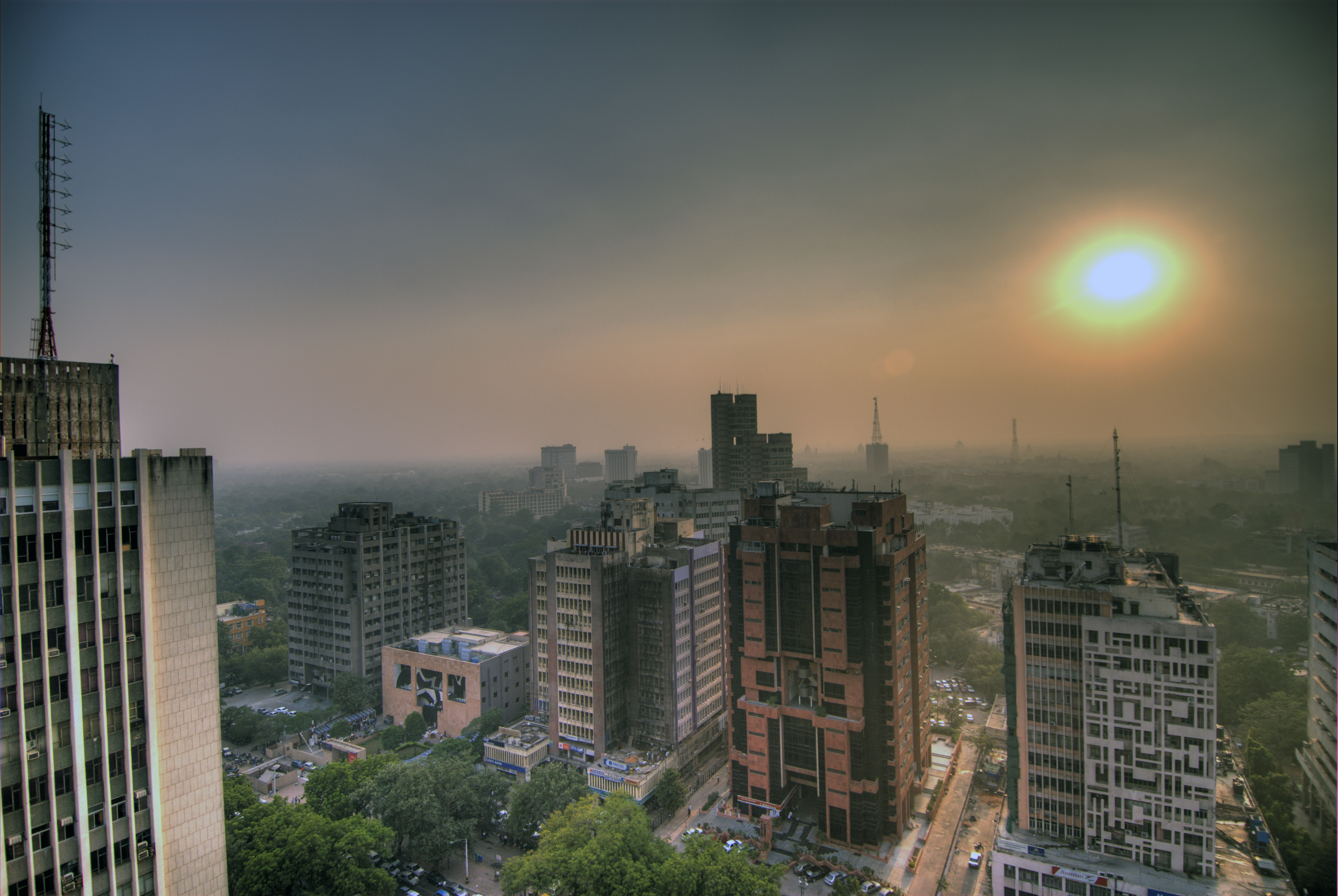 People in India are breathing more toxic air than people in China for the first time this century, a new analysis of NASA satellite data has revealed.

Last year China’s ‘war on pollution’ led to a record-breaking improvement in the country’s air quality, but the smog in India just continued to get worse.

In the new Greenpeace Clean Air Action Plan report, author Lauri Myllyvirta used data from NASA satellites to chart the average resident’s exposure to air pollution — as you can see below, India surpassed China in 2015. 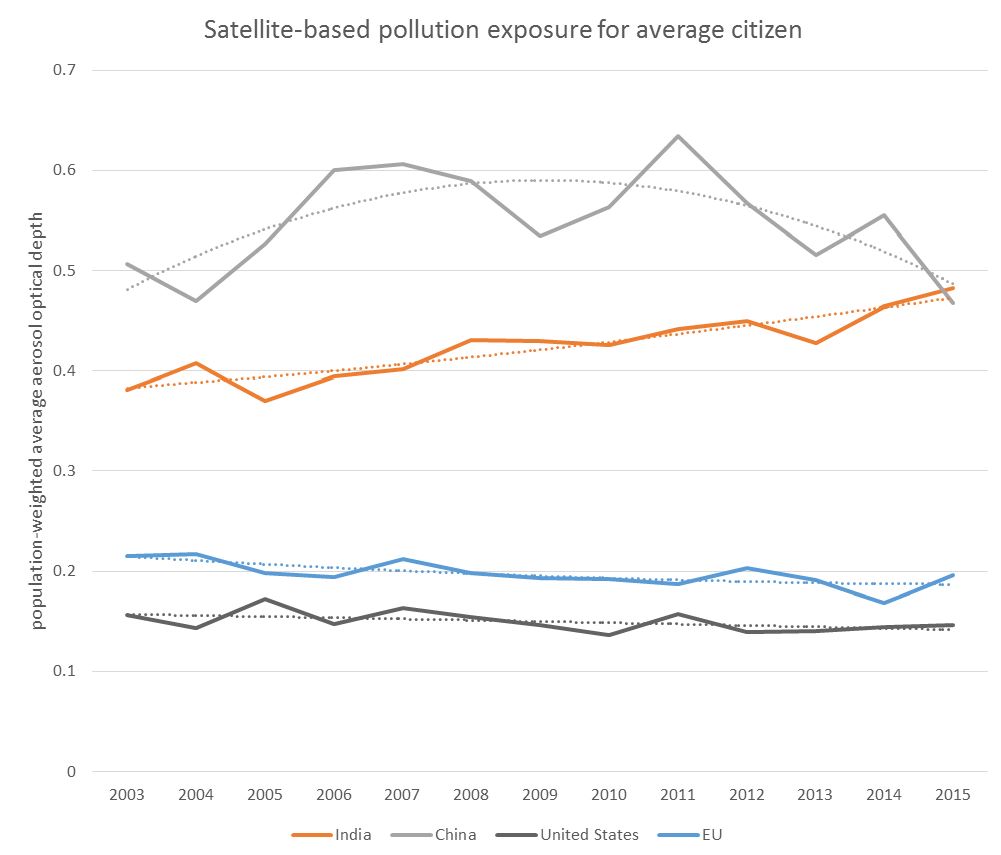 China has the largest air pollution monitoring system in the world, with 1500 stations across the country collecting smog data.

Those stations, however, only cover air inhaled by around a quarter of the Chinese population.

Still, it’s miles better than the operation India has in place, in which 39 stations, beset by problems, monitor air inhaled by a tiny fraction its people.

In both instances, there’s also a lack of historical data. And so researchers turned to NASA.

Here’s what its satellites said: 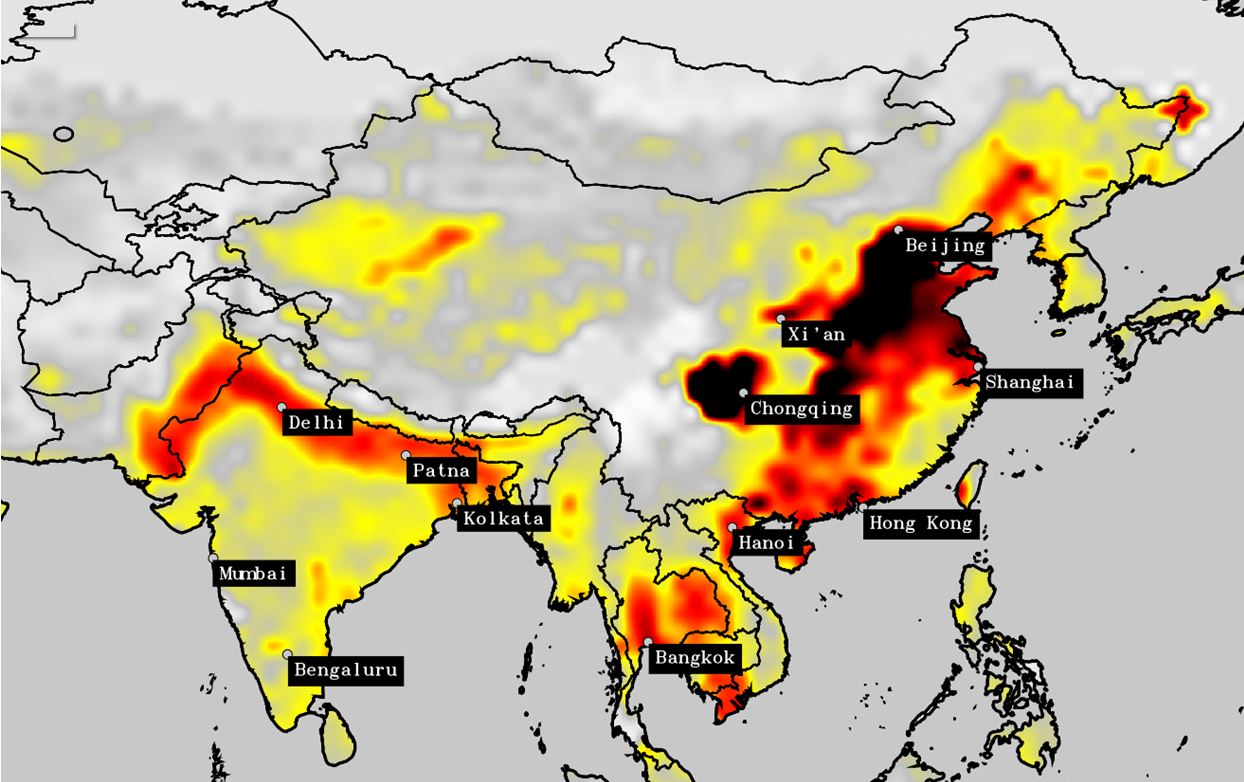 2005: China’s air is massively polluted, but things aren’t so bad in India at this point. 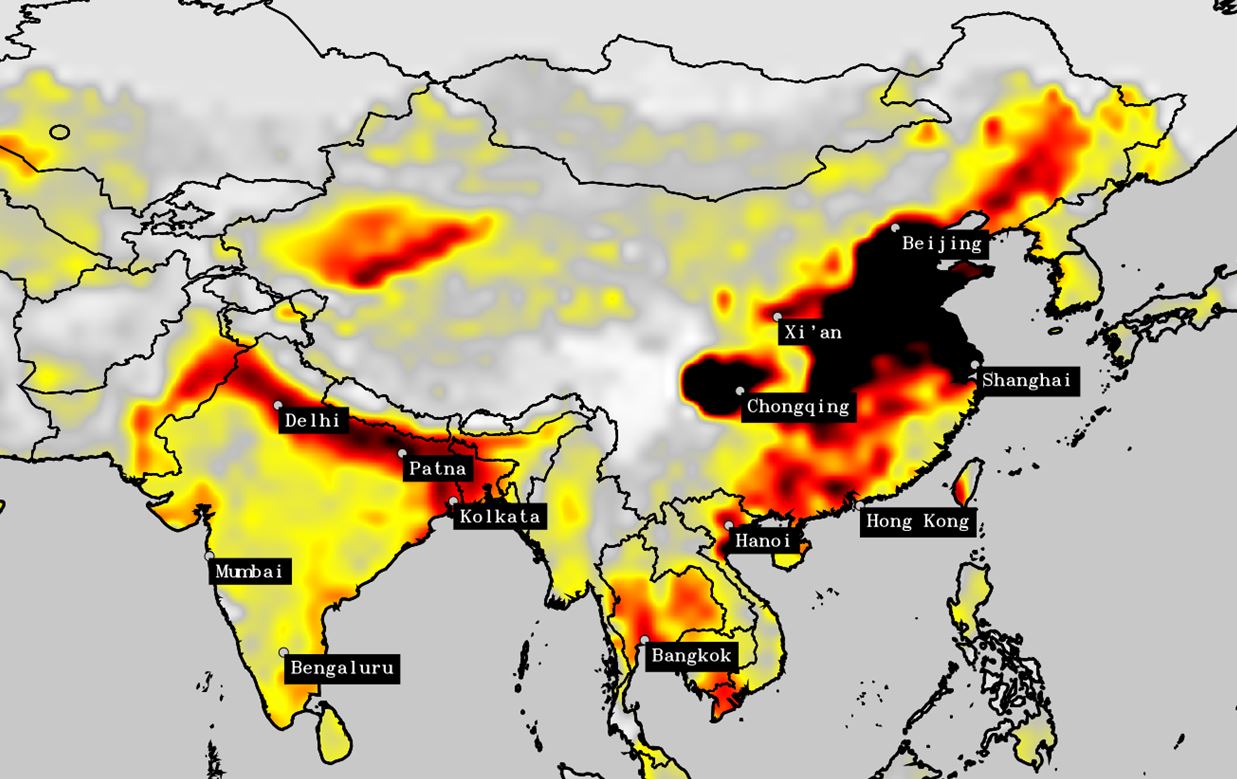 2011: China’s air is even dirtier than six years earlier, but you can also see an pollution problem emerging in the north of India. 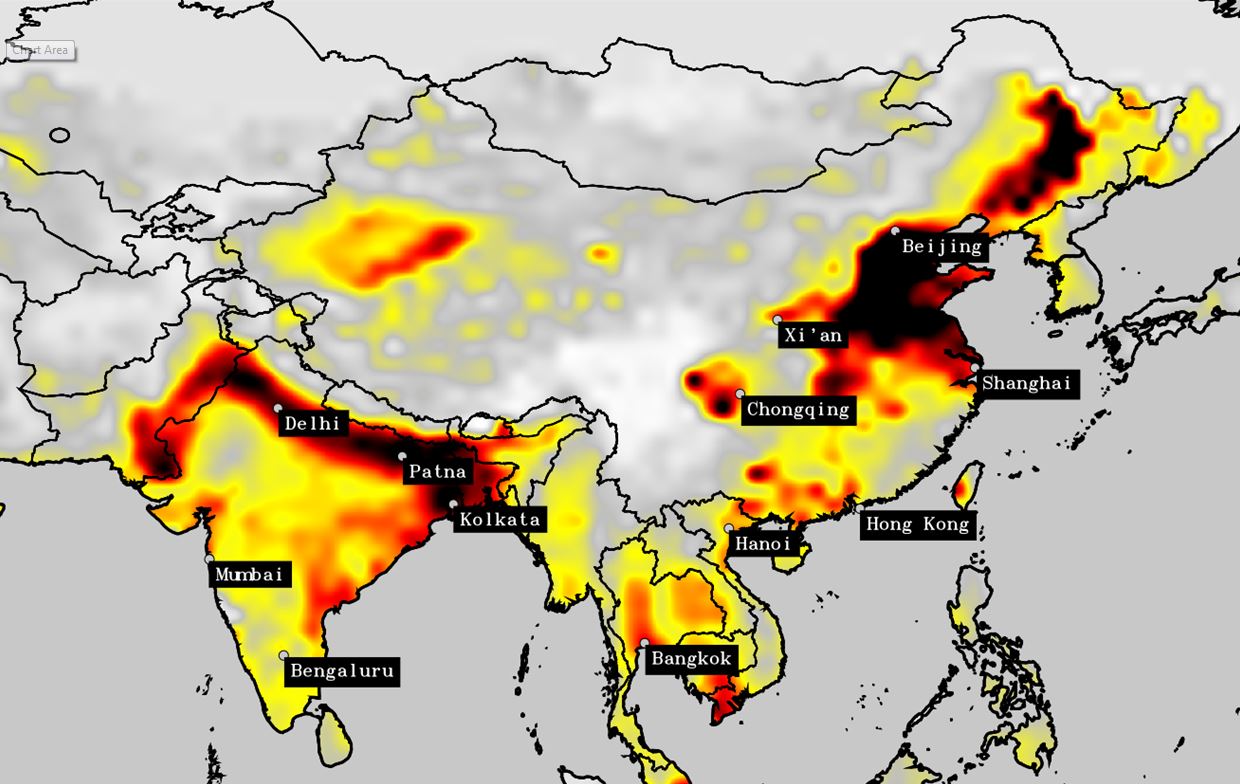 2015: China’s air, while still very polluted, isn’t quite as toxic as it was at the height of the ‘airpocalypse,’ but the pollution in India’s densely populated north is out of control.

The average Indian is exposed to an ‘aerosol optical depth’ – basically, air pollution intensity – of nearly 0.5, marginally more than the average Chinese citizen.

For reference, NOAA classifies 0.4 as ‘very hazy’ — and Europeans and Americans inhale air no dirtier than 0.2.

As we’ve reported several times, urban India is among the smoggiest places in the world; 13 of the 20 most polluted cities are in India.

The problem is particularly acute in the highly-populated north, with West Bengal, Bihar, UP and AP witnessing the largest pollution increases.

While China’s air pollution appeared to peak in 2011, last year was India’s worst one yet.