Inside the IOGCC: The shadow lobbyists fighting fracking regulation 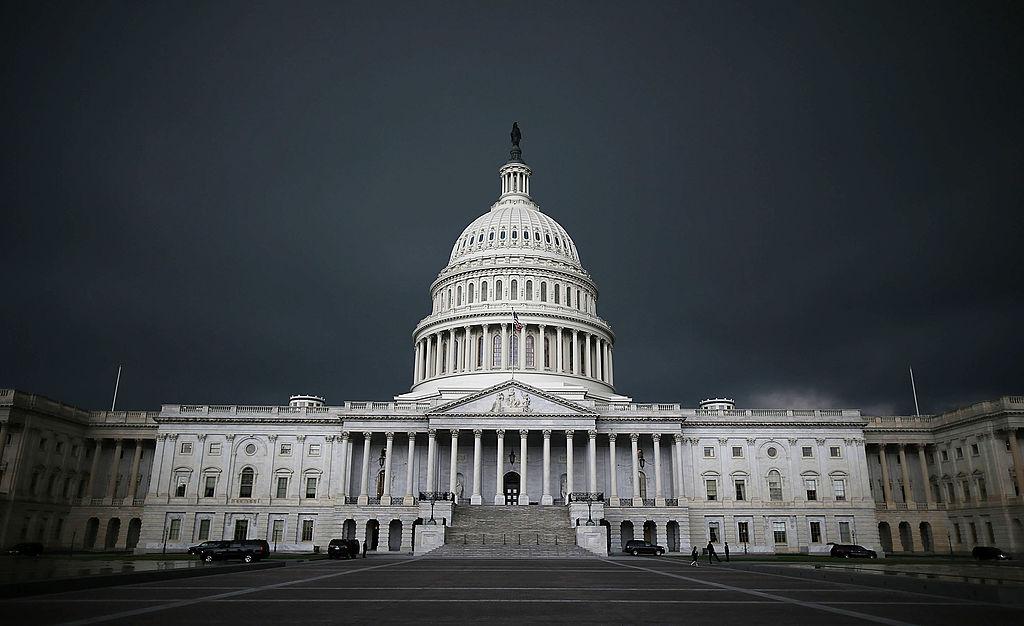 The Interstate Oil and Gas Commission (IOGCC) has an enviable position.

As a self-proclaimed “government agency,” they pay no taxes, register no lobbyists, and freely converse with elected officials and government regulators. The Oklahoma government pays for their building, which is on the Governor’s mansion property. Yet they also take major contributions from the fracking industry. When asked for information under Freedom of Information rules, they claim not to be an agency. It is truly the best of all worlds: industry funding, government position of authority, and no oversight.

And what has IOGCC done with their sweet spot?

As a deep investigative piece by Lisa Song of Inside Climate News has revealed, this unique group has played a quiet but crucial role in accomplishing the agenda of the oil and gas industry, especially in regards to fracking.

IOGCC and the Halliburton loophole

The first thing to know about this group is that it is a state compact, a quasi-government agency usually created to allow states to share information. Drivers licenses, for instance, are governed by state compacts. However, IOGCC regularly transgresses the usual role of a state compact. Instead of innocuous information sharing, IOGCC has been a key cog in the lobbying machine of the oil and gas industry. And this is not new. As Song writes:

“The group has worked behind the scenes for decades to prevent federal regulation so stridently that in 1978, the Justice Department argued it should be disbanded because it had evolved into an advocacy organization.”

Yet they were not disbanded. In fact, they went on to help create and lobby for the “Halliburton Loophole,” which exempted fracking from the Safe Drinking Water Act in 2005. This exemption made fracking much more profitable than it would have otherwise been, in large part creating the under-regulated shale drilling and fracking boom plaguing communities all over the country.

As new research revealed by Desmog and Greenpeace reveals, IOGCC started working on the exemption in 1999, when they passed an internal resolution that would later make it into the 2005 legislation exempting fracking. When the exemption passed as part of the Environmental Protection Act of 2005, IOGCC bragged about their integral role in newsletters.

The IOGCC is made up of appointees from the 30 oil and gas producing states. The Governors of these states select two or more people for IOGCC. These people are usually the top oil and gas regulator from each state. IOGCC portrays itself as a group of state regulators trading best practices.

In reality however, only one-third of IOGCC’s membership are actually regulators. Another one-third are oil and gas lobbyists and executives. These lobbyists and regulators meet at least twice a year at conferences funded by the fracking industry, where they drink and attend fancy dinners together. They also write legislation together, which the state regulators take back to their states and pass into law.

For instance, in 2009, IOGCC passed a resolution meant to keep Congress from overturning the Halliburton Loophole. Within months, ten states had passed resolutions mirroring the IOGCC’s language exactly.

In addition to writing state legislation alongside fracking industry lobbyists and executives, IOGCC also acts as a mechanism to turn state oil and gas regulators into de facto lobbyists for the oil and gas industry. The group is a conduit between regulators and front groups like the Consumer Energy Alliance (CEA), who want regulators and state governors to support the industry’s agenda at a federal level.

In one case that exemplifies the call and response IOGCC can command, CEA asked IOGCC for state support for their campaign to open the Atlantic coast to offshore oil drilling.

IOGCC passed the message to its state government members, who quickly answered the call. Nick Tew, the state geologist and oil and gas supervisor of the state of Alabama, promised support. Five days after CEA’s request went to IOGCC, the Governor of Alabama sent a letter to BOEM with the same language, naming Nick Tew as point of contact.

CEA underscored IOGCC’s importance to pro-oil and gas campaigns calling IOGCC “critical” to winning its campaignto open up the Atlantic to oil drilling. The IOGCC’s power is two fold, only will use the title of “government agency” when commenting on federal and state regulations, but also offers the oil and gas industry the opportunity to “teach” state regulators how to talk about oil and gas issues. For example, CEA provided messaging and media trainings for state regulators in a 2014 annual meeting.

To this day, the IOGCC continues to avoid transparency, even calling the police on investigative reporter Steve Horn when he sought an interview. The IOGCC is a big reason why the fracking industry has so successfully captured the regulatory agencies meant to hold them in check.

The is a crosspost from Greenpeace USA