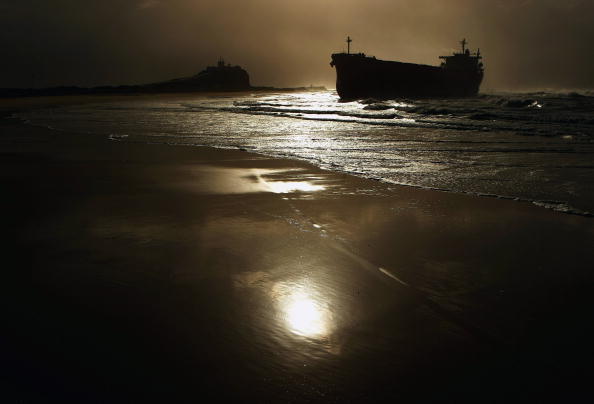 The biggest private sector coal mining company in the world is bankrupt.

Peabody Energy, the 133-year old coal juggernaut, filed for Chapter 11 bankruptcy protection in the US this morning following a cataclysmic couple of years.

It was long the leader of the global pro-coal campaign, spending millions on lobbying and battling against research that connected coal with climate change.

Here are a couple of their greatest hits:

But the messaging went well beyond comically misguided ad campaigns.

Peabody claimed in official submissions to the White House that greenhouse gas is a “non-existent harm” and a “benign gas that is essential to all life.”

In a recent settlement with the New York State Attorney General, it was revealed that Peabody actually knew that coal’s impact on the climate would lead to regulatory changes, but never told anyone, least of all its shareholders.

Meanwhile, it continued to spend money on climate denial and kept its research on carbon pricing all to itself. In 2014 alone, it spent $3.5 million on lobbying against environmental regulation in the US.

It bullishly repeated the spurious claim that the global coal market remained strong while other observers recognised the major changes underway in China, including a March 2013 Greenpeace report.

Despite Peabody’s best efforts to secure a future for its extractive business model, the structural collapse of the global coal market, and the company’s foolhardy debt-fuelled expansion to Australian mining (buying out Macarthur in 2011 for $5.1bn), the biggest coal advocate is now facing bankruptcy court in the US.

Peabody executives are unlikely to face much hardship, as the top guys were paid around $75 million between 2012 and 2014 — and that’s at a time when the company was losing $1.9 billion.

This was presumably to reward them for their reckless gamble in paying $5.1 billion for a majority stake in MacArthur Coal in Australia, in the mistaken anticipation that China would keep wanting coal for ever.

We don’t yet know how much executives were paid in 2015, when the company was teetering on the edge of collapse, with debts of $6.3 billion, but executive bonuses haven’t stopped.

There was an “incentive programme” for four bosses, announced in January this year.

And as CEO Glenn Kellow was paid $2.1 million in cash, three others got a total of nearly $1 million.

But people will be badly effected by the bankruptcy news, most immediately local communities and workers.

As the company sheds debt, the first to feel the pain will be the miners.

Peabody and Arch (the second biggest coal company in the US) laid off 460 miners in Wyoming on the same day last month.

There is also no answer to how the company will pay for its environmental liabilities (as much as $1.48 billion).

But the biggest losers in the long run will be the public and future generations.

Through years of supporting climate denial, Peabody has stolen time from our right to know the truth about coal fueled climate change.

It remains to be seen whether companies like Peabody will ever face liability for that.

*The Advanced Energy for Life campaign was crafted by Burson Marsteller, a public relations firm that worked with the Nigerian government and Argentina junta when they were accused of massacres and disappearances, and helped the nuclear, chemical and energy companies after environmental disasters. Source