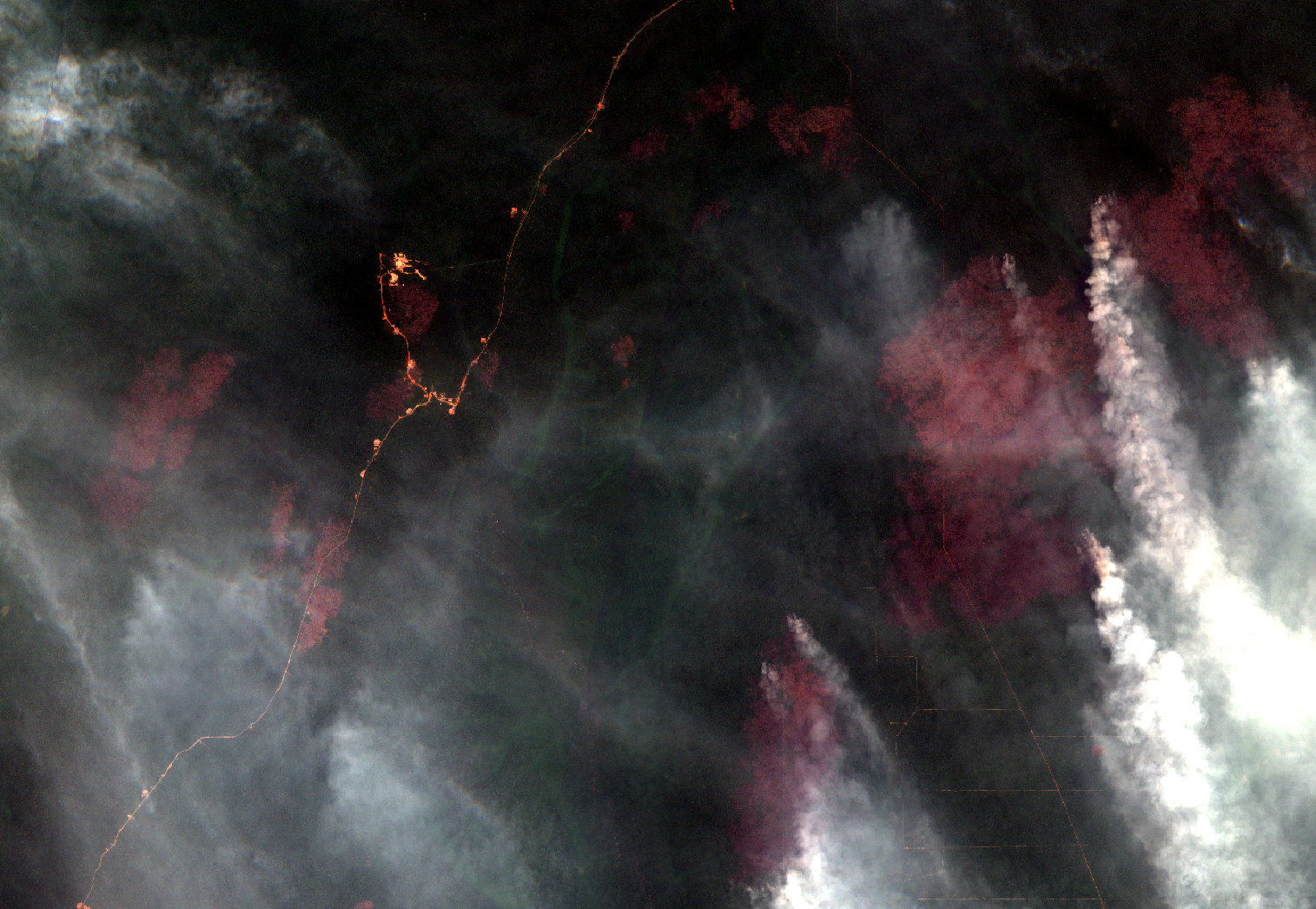 Fires that devastated swathes of central African rainforest at the start of the year may have been “human induced” according to researchers.

Unprecedented fires hit the forests of the northern part of the Republic of Congo from late January to early March this year, with satellite images from Nasa showing damage to around 15,000 hectares, or 150 square kilometres, of land.

“Human access equates to higher fire risk. The central Congo Basin forests natural fire return interval is measured in centuries.  When you have logging roads allowing access to these forests, then add a severe drought, you can have unprecedented fires,” he said.

“Though not confirmed, there is a high probability that these fires were human-ignited as they are mainly along the divides where the logging roads are located.  We have two episodes from this year where El Niño-related droughts have impacted great ape populations – Indonesia, where fires have burned orangutan habitat in the form of peatland forests, and in the Congo Basin where fires have burned gorilla habitat in the form of Marantacae forests.”

Hansen was expanding on a note published on Glad’s Facebook which stated: “It is likely that these fires were human-induced, as multiple instances of forest fire occurred along or near roads.”

The region affected by the forest fires is prime wildlife habitat for threatened species such as the Western lowland gorilla. Those forests are part of the forests of the Congo Basin,  the second largest rainforest in the world, after the Amazon.

The largest fires occurred in an area of forest in which Industrie Forestière de-Ouesso (IFO) operates. The company is a subsidiary of the controversial major international supplier, Danzer Group, and has been widely praised for its sustainability practises in recent years. The Forestry Stewardship Council (FSC), the international body which sets sustainability standards for the industry, has certified the areas selectively logged by IFO.

When contacted by specialist news-site Mongabay an FSC representative said that the organization is currently looking into what led to the fires, and how the Danzer Group is planning to prevent future fires.

A spokesperson from Danzer directed Unearthed to a statement on the website of the company’s Swiss subsidiary, which read: “The fires have irregularly punctuated different areas, no longer or not yet affected by forest operations”. The statement adds that the company would be conducting research, in partnership with Glad and other bodies “in order to develop balanced protection strategies, to be translated into effective prevention and mitigation approaches”.

Large scale forest fires are rare in rainforests, and were unprecedented in Congo. But recent changes to the region’s climate have made the Congo Basin more vulnerable. The Glad researchers noted in their social media post that the area has been subjected to severe drought and extreme weather changes brought by El Niño.

They warned that changes to the region’s climate could increase the likelihood of fires “in Congo Basin rainforests” in the coming years.

Other experts downplayed the risks of logging as the primary cause of fires in the Congo Basin. Environmental news site Mongabay quoted Fai Collins, communications officer at the Center of International Forestry Research (CIFOR), as stating that fires caused by logging and roads were “not common in the region”.

Tree coverage loss has increased significantly in Congo in recent years, according to data collated by Global Forest Watch. From 27,020 hectares in 2001, to nearly 59,000 in 2014.

In 2001, Nature published research looking at rainforests fires in Borneo which suggested that in “tropical rainforest environments selective logging may lead to an increased susceptibility of forests to fire”. The research examined an area which, like Congo, had been affected by drought and weather changes brought by El Niño.