Is there a monstrous source of energy in this Scottish loch? 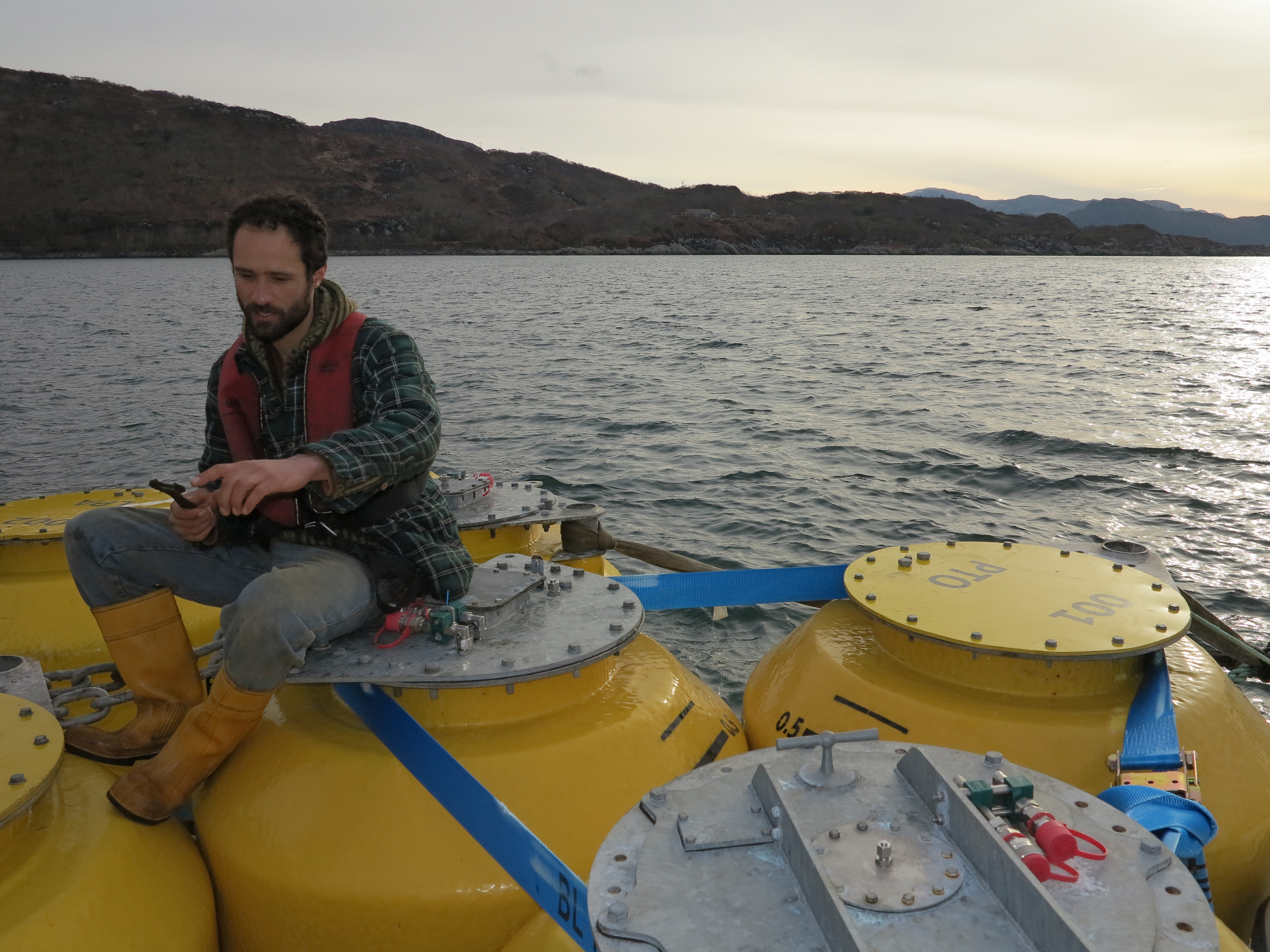 The UK has some of the most powerful waves in Europe, smacking into our coastlines after a straight shot across the Atlantic. These rolling bodies of water are called ‘the most concentrated form of solar power on earth’, created by distant winds and delivered to Britain with incredible force.

Despite all this, Edinburgh-based Albatern is one of only a handful of wave energy companies operating in British waters today. So what’s going wrong?

The last few years have seen some high profile failures. In 2014, Pelamis pulled its ‘snake’ device out of the water for the last time after investors lost their nerve. A year later, rival company Aquamarine went into administration, just weeks after receiving a last ditch rescue grant from the EU.

In truth, Britain’s wave industry has promised much but delivered little. One of the earliest designs was the infamous Salter’s Duck, named after Professor Stephen Salter of Edinburgh University. In the early 1980s Salter attempted to build enough devices to generate a massive 2GW of power – a hugely ambitious target set by the Department of Energy.

The project was eventually scrapped after failing to generate enough power at the right cost. Salter believes that the real reason was more sinister, that his invention was seen as a threat to the large, centralised power stations favoured by ministers and civil servants. ‘They basically killed the project because it was going to threaten the expansion of the nuclear industry’, Salter lamented recently.

Whether or not such accusations of skulduggery are justified, it’s worth briefly comparing these two low carbon forms of energy – nuclear and wave – that are each at very different stages in their development.

Huge nuclear projects like Hinkley Point C in Somerset may be capable of delivering the gigawatts of power the UK needs, but only at massive cost. Current estimates for the plant – dubbed ‘the most expensive object in the world’ – are around £18bn. The French company EDF is intending to foot most of the bill, with around a third coming from China. Their reward is a guaranteed: premium price for nuclear electricity for the next 50 years paid for by UK taxpayers.

Albatern boss David Findlay is a former student of Salter’s, and shares his misgivings about the nuclear industry: “The amount of money that’s flowing out of the UK economy, with relatively few jobs created here in the UK, very little investment in skills or competencies… it’s very bad for your balance of payments. I would argue it [wave energy] is worth the gamble at this point.” 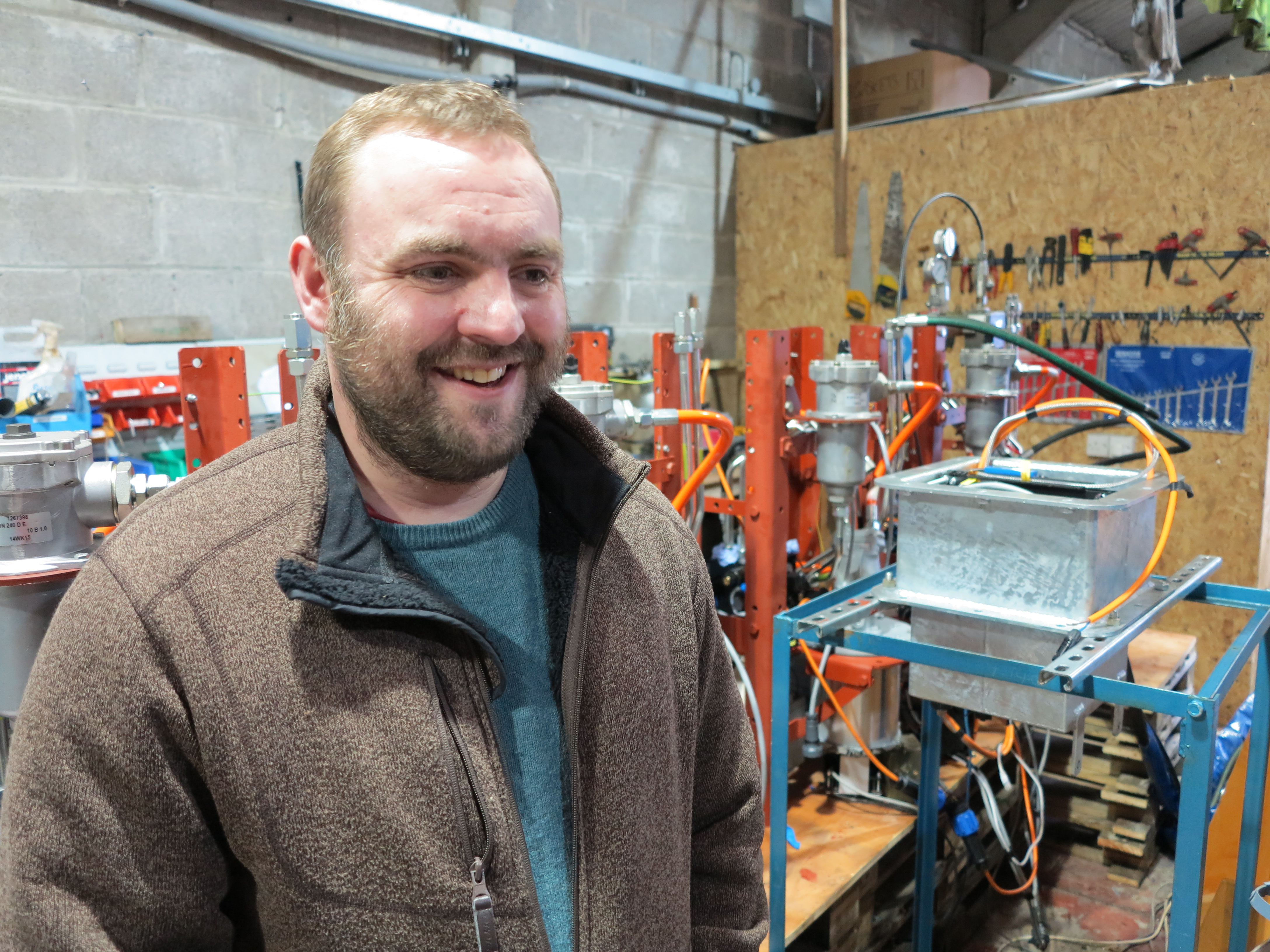 Few expect wave power to generate significant amounts of the UK’s energy needs any time soon. But with the right investment and regulation, Findlay argues, it could be a booming domestic industry within a decade or two.

But something isn’t going right. On a visit to the International Conference on Ocean Energy in Edinburgh, Unearthed found plenty of companies demonstrating wave tanks and undersea cables, but few offering anything that might actually generate power.

One of the biggest challenges is scale. According to Findlay, many of his predecessors failed by trying to grow too big, too fast. This was Salter’s model, relying on government subsidy to build several prototypes, each one larger than the last, until you have a network big enough to power the national grid.

Albatern is taking a different approach. Its business model is based on finding customers at the same time as developing the technology. By the end of the summer they hope to supply a local fish farm which is looking for a cheaper, greener alternative to diesel generators.

It seems to be working. Visiting the site in Loch Sunart, there was a committed energy about the small team working on the device, a sense of pioneering invention (“People want an opportunity to design something that isn’t a new doorhandle for a transit van,” Findlay mused.) The system is small at the moment – just 7kw per ‘squid’, which can be linked together depending on demand. This reduces the cost of transmission, as only one cable is needed to reach the shore.

The next version of the squid will be twice as large but produce ten times the energy – up to 75kw. In theory, several of these together would be enough to power a small village, and even feed back to the grid.

And yet spending a day in the harsh Scottish conditions, it’s easy to see where the challenges come from – sudden storms, freezing temperatures, and even stubborn barnacles stuck to the device. 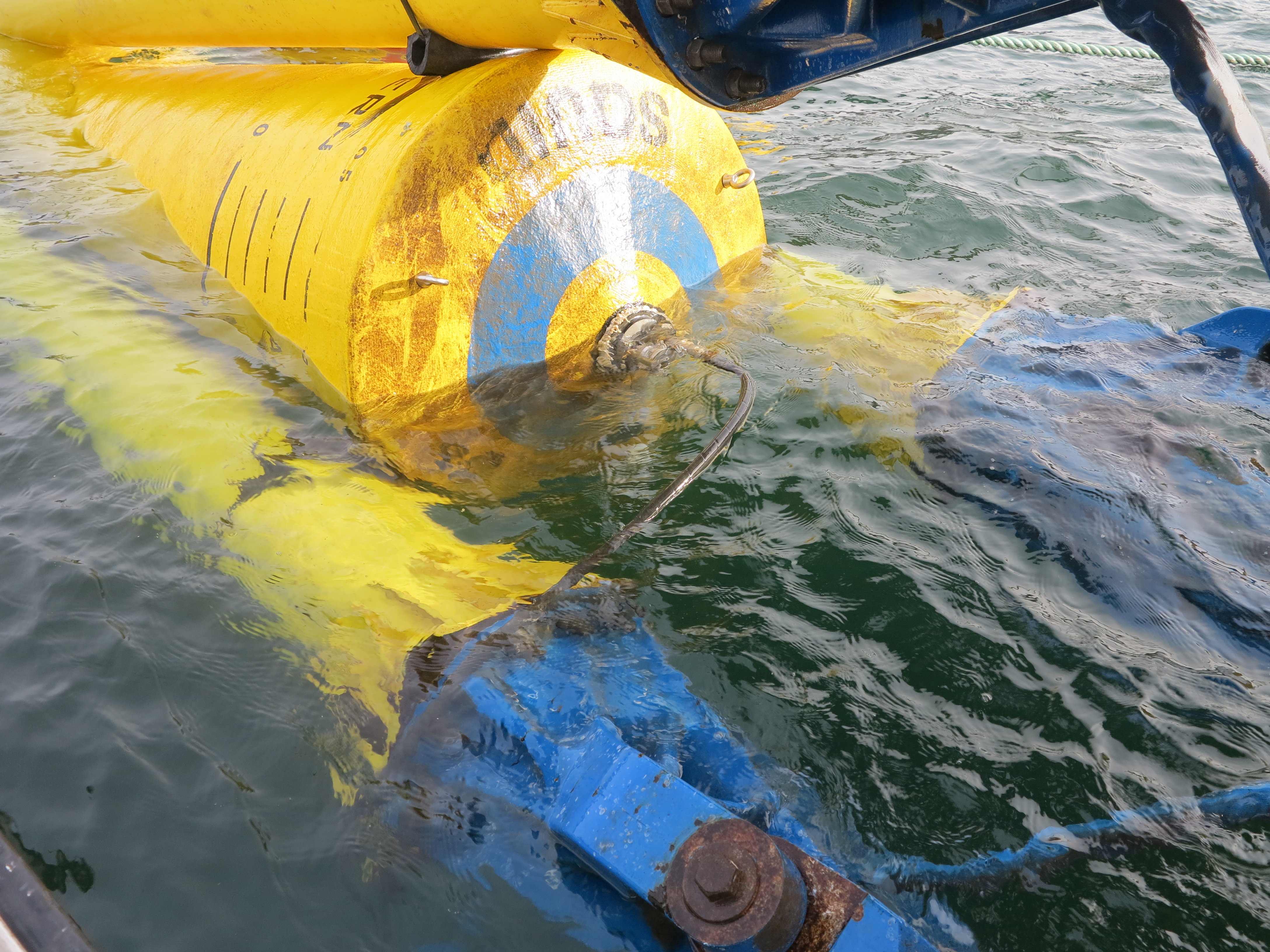 One of Albatern’s ‘squids’ in the water

So what does the future have in store for wave power? Can it escape its current image as a promising technology but hugely risky investment?

According to the Carbon Trust, wave could be a very important part of our economy, producing around a quarter of the UK’s electricity and creating around 20,000 jobs. That would require not just huge investment (although not as huge as the massive public subsidy for new nuclear), but a line of devices stretching 1,000km across the north west of Scotland.

This may sound challenging, but such an outcome would represent a huge boost to the UK’s climate targets, as well as to the economy and job market in Scotland itself. But there are many uncertainties to overcome first. As Findlay points out, “There’s a slightly wild west element to this – you need to be able to move quickly, to take risks. There’s certainly a frontier mentality at times.”

The next few years will decide whether companies like Albatern – or their competitors overseas – will be the first to strike gold.