How coal shipping accidents are damaging coral reefs around the world 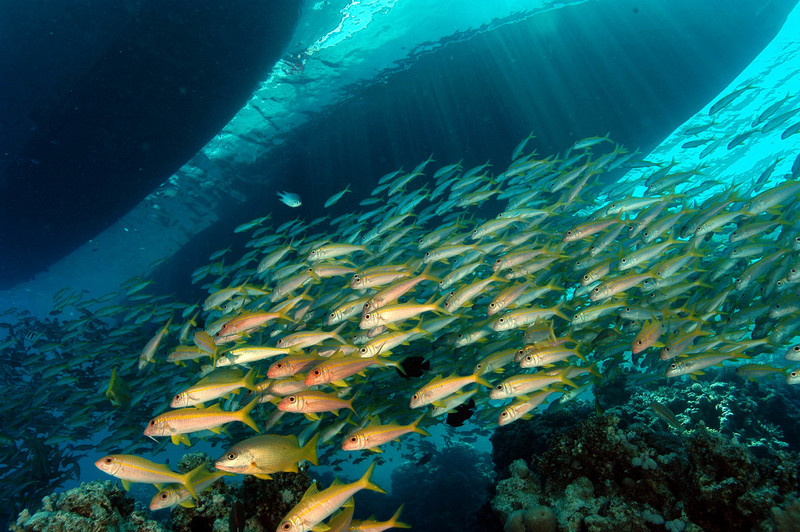 Just a few kilometres from the wild south-western coast of Madagascar, home to part of the world’s third largest coral reef system, the coal-laden New Mykonos ship has sunk and is slowly breaking apart.

The sinking of the coal vessel comes as a new scientific study published in Nature warns of the damaging effects of coal on coral, seagrass and fish.

Back in late February the Panamanian-registered New Mykonos left the Richards Bay Coal Terminal in South Africa and set sail for the Indian port of Vizag with 160,000 tonnes of coal aboard.

A few days into its journey the New Mykonos rammed into a sandbar and got stuck just five nautical miles off Faux Cap on Madagascar’s coast.

At first it was thought the ship could, despite sustaining some damage, be refloated on a high tide and pulled off the bar.

While the crew was rescued and oil from the fuel tanks was offloaded, attempts to salvage the ship were abandoned.

The coal, however, remained aboard though government officials are pressing the ship’s owner to recover it during calmer winter weather.

Since then the New Mykonos has been relentlessly pounded by the seas until it recently broke into two and sank, with some of the coal spilling into the sea.

Now only part of the ship’s structure remains visible above the water.

Scientists with Madagascar’s environment ministry fear the remaining coal on the ship poses a serious risk to some of the country’s coral reefs.

A new study published this week in the scientific journal Nature noted that while coal shipments have been increasing rapidly and several major coal ship accidents occurred in recent years, little was known about the actual effects of coal on coral ecosystems.

To test potential damage risk the researchers exposed one species each of coral, a reef fish and seagrass to five different concentrations of coal.

“Results demonstrate that chronic coal exposure can cause considerable lethal effects on corals, and reductions in seagrass and fish growth rates,” the authors concluded.

Not the only one

The growth in the seaborne coal trade over the last decade has increased the risk not only to coral reefs but to marine environments everywhere.

Some occur in or near ports even when under the command of an experienced local pilot, such as when the Amakusa Island, laden with 80,000 tonnes of coal, ran aground in Prince Rupert in Canada.

Others which have sunk have been suspected of being in poor condition. For example the Panamanian-registered ‘MV Rak’, which was carrying 60,000 tonnes of Indonesian coal, sank approximately 20 nautical miles off the Mumbai coast.

Others have grounded when taking unauthorised short-cuts or colliding with sandbanks or reefs.

In 2010 the Shen Neng 1 was going from Gladstone, Queensland to China with a cargo of 65,000 tonnes of coal when it rammed into a bank in a restricted area in the Great Barrier Reef Marine Park.

Other ships have hit or damaged coral reefs in recent years in Hawaii and the Philippines.

The effects of coal on coral are not just confined to shipping accidents.

The burning of coal causes global warming which increases ocean temperatures, increasing the frequency and severity of coral bleaching events, such as occurred this year with large sections of the Great Barrier Reef in Australia.

Increased carbon dioxide is also increasing ocean acidification, while trace elements such as mercury end up in both the ocean and the fish that live in it.

It remains to be seen what damage the coal aboard the New Mykonos does to the coral reefs of Madagascar.

However, what we do know is coal and coral should never mix and for the reefs of the world to have a good chance of survival, greenhouse gas levels in the atmosphere can’t go higher.

Bob Burton is the Editor of CoalWire