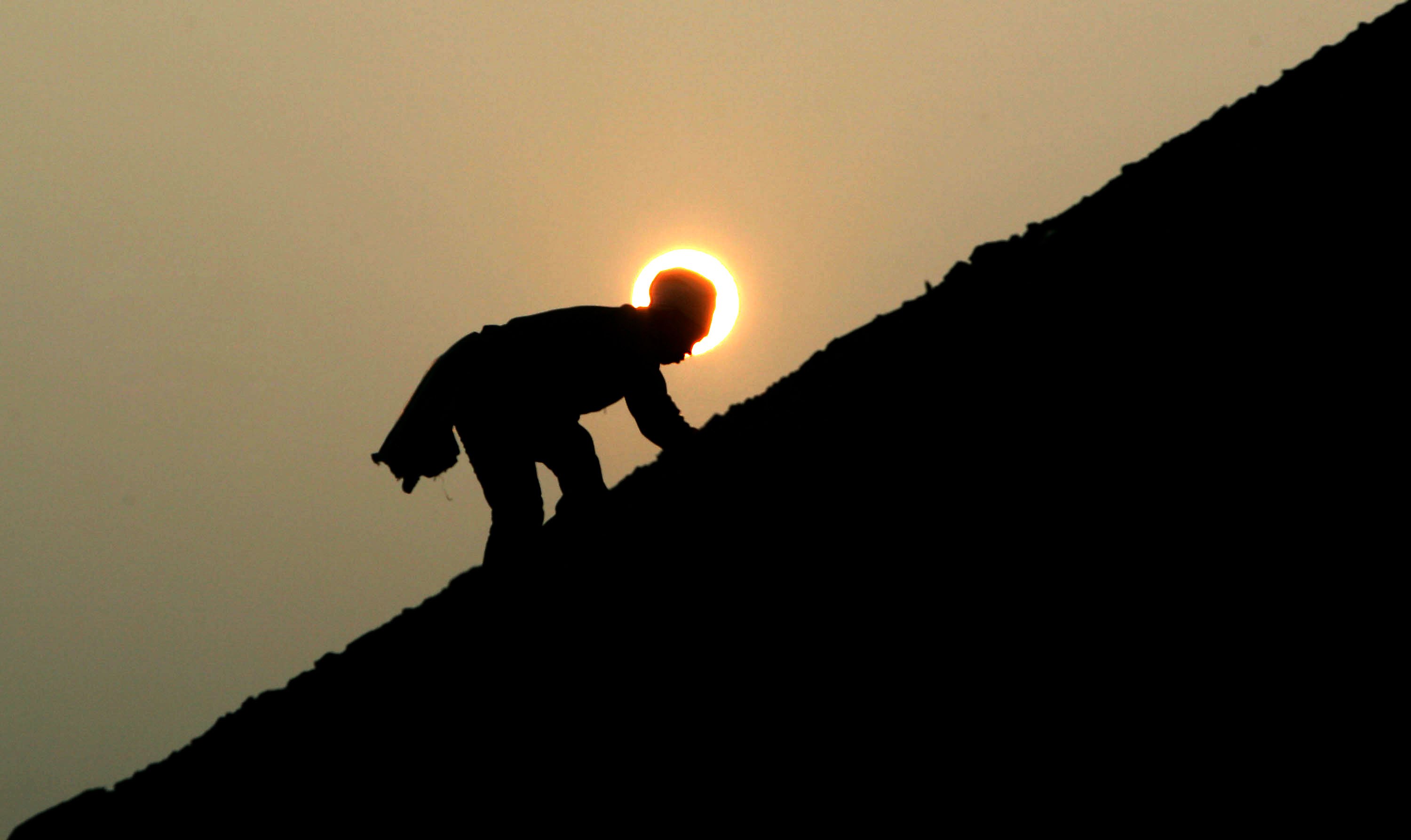 And it turns out we were right.

China’s coal use did in fact fall by about 1% (different numbers range from 0.7% to 1.2%) in 2014, as confirmed first by China’s official energy statistics in late 2015 and then by BP’s recently revised numbers.

This has huge implications for global CO2 emissions and fossil fuel demand.

The BP stats already show global CO2 emission growth halting in 2015, while our analysis raises the possibility that CO2 emissions from fossil fuels may actually have fallen significantly.

The discrepancy in BP’s data is that China is supposed to have consumed much more coal than it produced and imported.

Together with reported changes in coal inventories, these numbers would imply an approximately 4-5% fall in coal consumption, while BP reports that consumption ‘only’ fell by half as much, by 2.2%.

Reconciling the BP numbers for consumption and production would mean that China liquidated half of its coal stockpiles in 2014-2015, which obviously didn’t happen since coal stockpiles continued to mount. 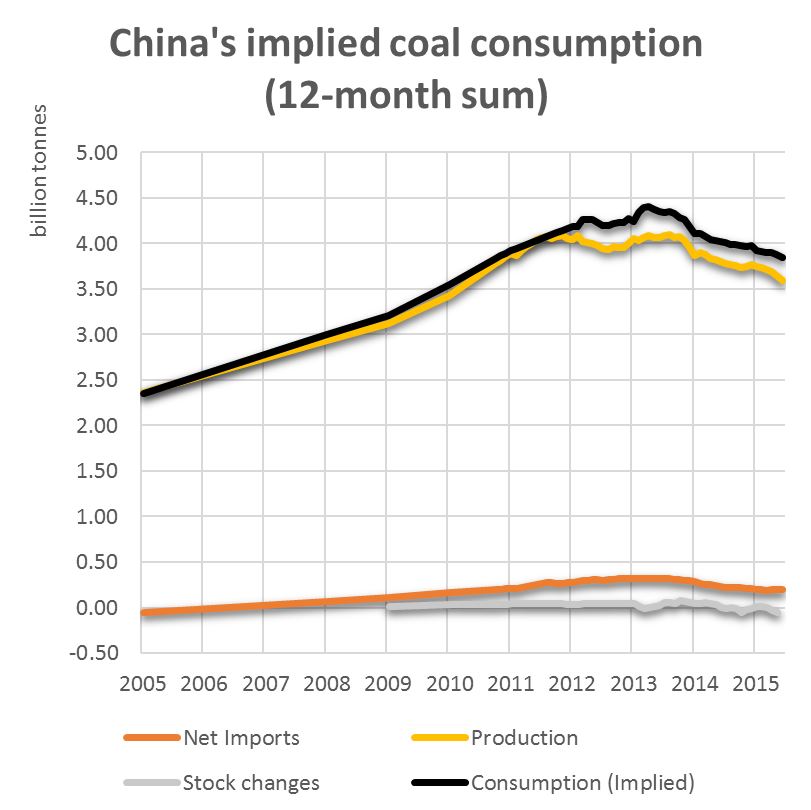 Interestingly, in BP’s numbers for the entire world in 2015, the same discrepancy emerged, with global coal output reported to have fallen 4% while consumption ‘only’ fell 1.8%.

The only way this would have happened is if a lot of global consumption was fuelled by drawing down of stockpiles.

This would be possible in principle, but is in fact the exact opposite of what happened — India developed a real problem of coal piling up in mines because of production exceeding demand, US stockpiles registered a record jump, and China’s stockpiles also increased, although a bit less than during the previous year.

The gap between stock changes implied by BP’s data and data for the four largest coal consumers is equal to the total coal consumption of UK and Italy combined.

Either coal is falling from the sky, or BP is under-reporting the fall in consumption by a massive margin. 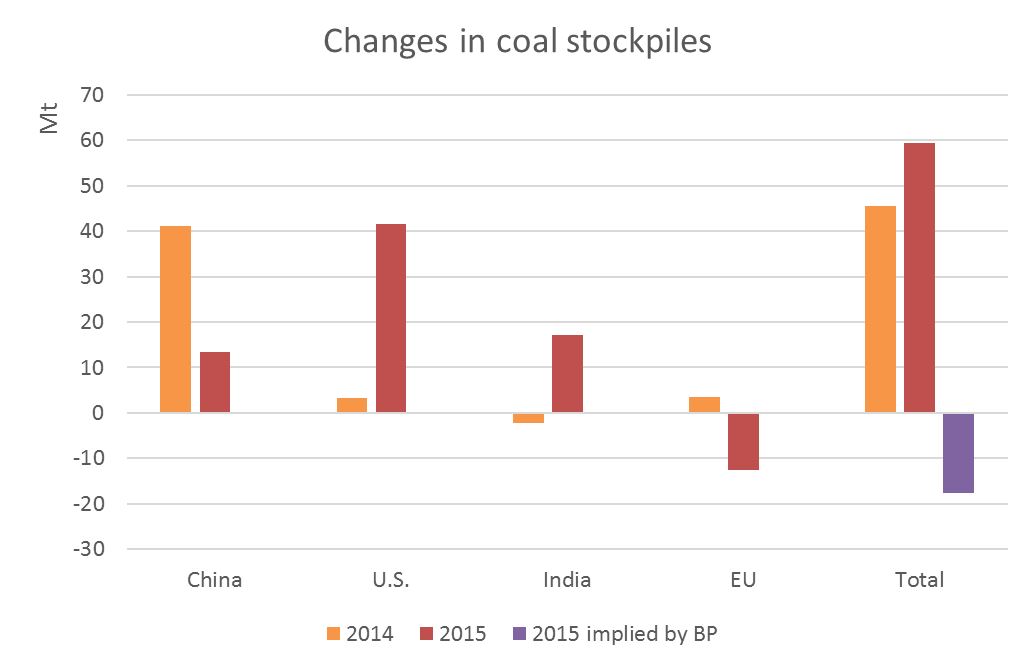 The catch-all explanation for discrepancies in international data has been that much of the preliminary data is measured in physical tonnes, so changes in coal quality are not accounted for.

The calculations above however refer to BP’s data and Chinese official data reported in terms of energy content.

And the over-reporting might not be limited to coal either.

China’s total diesel and gasoline demand grew by only 1%, meaning that all other oil consumption would have had to grow no less than 12% for BP’s numbers to add up.

Preliminary statistics for 2014 also showed 6% growth, but this has been revised down to 3.7%.

Final numbers for 2015 are likely to show oil consumption in the 2-3% range, giving much less reason to get excited about the prospects of China’s oil demand.

The reality of China’s oil consumption

Oil companies have been touting rapid growth of car ownership and usage in China as a source of future demand for oil, much as the coal industry presented China’s electricity sector as an unsatiable buyer of imported coal until a couple of years ago.

In 2013, gasoline and kerosene use for transport took up a mere 13% of China’s total oil consumption.

Meanwhile more than two thirds of China’s transport oil demand is diesel for freight — due to huge volumes of bulk cargo such as coal, steel and construction materials.

Industry is almost as large a consumer as transport, with bulk chemicals, refining and construction materials manufacturing the largest subsectors.

In total, more than half of China’s oil consumption is linked to bulk industries facing overcapacity issues and a very likely future decline.

This is not including the 10% used in refining which in itself has a potentially major overcapacity problem. A further 15% is in heating of buildings and other distributed uses that generally tend to decline as a country’s energy system modernises.

It will take a long time before even very aggressive growth in private car use and air travel, currently using less than 15% of total oil, can offset the decline in these sectors. 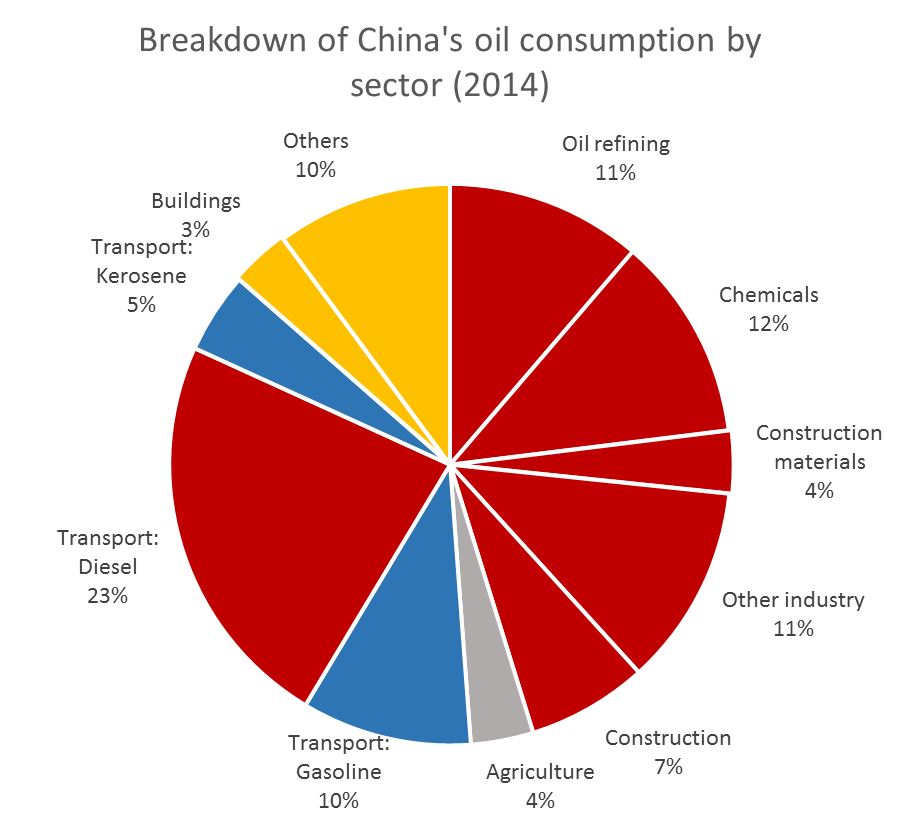