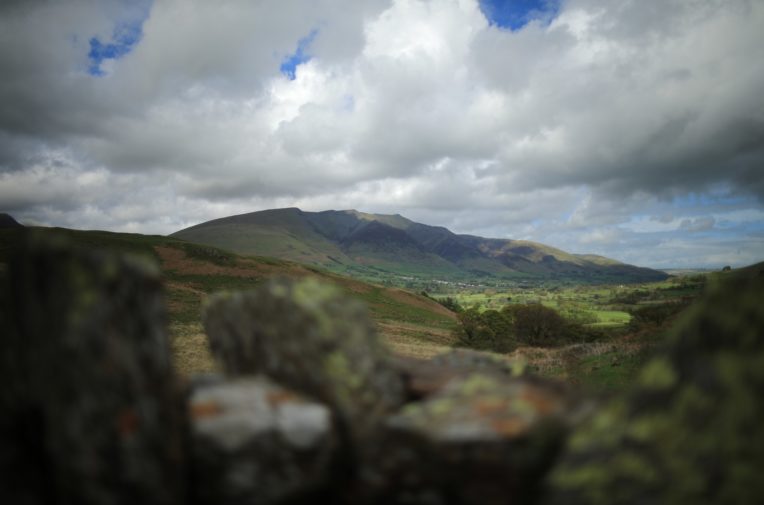 Papers show Natural England is planning to rein in its regulatory powers, as conservationists raise concerns that it's stepping down on planning decisions

Papers show Natural England is planning to rein in its regulatory powers, as conservationists raise concerns that it's stepping down on planning decisions

The government’s top natural environment watchdog is planning to rein in its regulatory powers and seek more funding from the corporations it assesses, documents leaked to Unearthed reveal.

A source inside Natural England who spoke to Unearthed on condition of anonymity said the body is becoming more reluctant to regulate and warned that if the trend continues “we wouldn’t have any teeth any more”.

Meanwhile, a leading conservationist charity told Unearthed that the regulator is already withdrawing its opposition on local planning decisions concerning wildlife habitats on a “widespread and significant” level across the country.

The news comes as the regulator is set to play a significant role if the UK’s existing environmental regulations – most of which derive from EU membership – are changed as a result of Brexit.

Prominent environmentalist Stanley Johnson  – also a former Tory MEP and father to Boris Johnson – called for the government to stand by “the central importance” of the watchdog in light of the environmental implications of the recent vote to leave the EU, while the RSPB warned that the leak reveals “troubling trends [that] look set to continue”.

The leaked documents show that the body is seeking more than £12m in funding from business, including firms that it regulates, by 2020. That amounts to more than an eightfold increase on current levels.

In a paper called “Towards 2020 – what sort of organisation will Natural England be in 2020?”, which Unearthed understands was circulated internally in June, a number of changes are outlined.

It states the watchdog should:

The document is understood to have raised concerns within the body  that the regulator may make less use of its regulatory powers and be more susceptible to political and corporate pressure.

The RSPB said: “Natural England has already been subject to huge reductions in its capacity to do its vital job, and the current political context means that it has increasingly moved away from using the full range of tools available to protect and restore nature. This document makes clear that those troubling trends look set to continue”.

Natural England is responsible for enforcing laws that protect wildlife and nature, managing the influence of developers and promoting biodiversity and public access to the countryside.

It designates protected areas, issues licences to developers wishing to disturb wildlife and habitats and distributes grants that support farmers to protect them. They also have the power to take legal action.

The potential weakening of Natural England comes at a sensitive time because the UK is in the midst of negotiations to leave the European Union.

Most UK laws on nature and habitats derive from EU directives which ensure they are enforced in the courts.

Johnson, co-chair of Environmentalists for Europe, said: “This story, if confirmed, would  be very worrying.

In a Brexit situation, it will be vital to ensure that the protection of  nature and wildlife offered by EU directives, as well as the measures already taken under EU rules in the fight against air and water pollution,and climate change,  are pursued with vigour.  Natural England’s role here is clearly vital.”

A Natural England insider said that the agency is likely to take fewer legal actions against developers or landowners that infringe its rules.

“We will go to court less often and try to find compromises more often. From a conservationist point of view that’s quite worrying because we wouldn’t have teeth any more,” the source said.

Three weeks ago the RSPB withdrew from the government’s voluntary scheme to halt the decline of hen harriers, which the NGO says are a victim of “illegal killing” on moors used for the shooting of grouse. It was launched in January by the government together with a number of conservationist groups, including the RSPB, and is being implemented chiefly by Natural England.

The RSPB has called for the government to introduce a licensing system whereby estates could have their licenses revoked.

Asked if this could represent an example of the watchdog reining in its regulatory powers, the source at Natural England said:

“Definitely. I think we would have been more forceful. We are not enforcing in the way we would have done in the past. We’re prepared to accept compromises we weren’t before. Where will we draw the line?”

But the weakening of Natural England’s regulatory powers is having a much more comprehensive impact on wildlife and habitats on a local level across the country, according to the Wildlife Trusts, which works to conserve wildlife across the UK.

“Wildlife Trusts across the country have seen Natural England’s reluctance to stand up for nature in local planning decisions on a regular basis. Natural England seems uninterested in getting involved in challenging inappropriate developments that are proposed on important habitats, particularly local wildlife sites, which don’t have legal protection. It’s a widespread and significant issue,” said Steve Trotter, director for England at the Wildlife Trusts.

Trotter added: “When local planning authorities or developers don’t see any comments from Natural England on a development, they conclude there is no problem – which is not always the case. ”

The Trust says that Natural England is withdrawing objections “at the last moment” from local cases that go to judicial review, citing a case that the Devon Wildlife Trust lost at the High Court a year ago, concerning the greater horseshoe bat, one of the country’s most endangered mammals.  The court ruled not to overturn a planning decision that gave a developer permission to build a housing estate close to one of the last remaining habitats of greater horseshoe bats in the UK.

A spokesperson at Natural England declined to put any comments on the record regarding their role in the case.

Environmentalists started to raise concerns about Natural England’s role as a regulator and independent advisor some years ago.

In 2012, it pulled its legal inquiry into the burning of blanket bog on a shooting estate in the Pennines. The bogs are of a type only found in a few places in the world and are protected by the EU Habitats directives. In April the European Commission launched a legal infringement inquiry on the issue and is awaiting a response from the UK government.

The leaked paper also says the organisation is “making great strides in the way we generate income from other sources”, partially by providing paid consultancy services to private firms looking to develop in sensitive areas.

Their latest annual report, published in July, shows that the body is already taking money from energy giant EDF for providing advice on its plans to build a new nuclear power stationat Sizewell on the Suffolk coast.

“In Suffolk we have continued to develop our positive relationship with EDF through our discretionary chargeable advice and a project team approach to the Sizewell Nuclear New Build,” the report claims.

It suggests that other energy companies as well as housing developers and transport companies working on large infrastructure projects are also paying it on a similar basis.

“Though we may have provided advice, once applications are received, these are reviewed with objectivity,” the report notes.

The insider at Natural England said that while this method of working enables them to raise environmental issues with developers early, it is “based on the priorities of developers and not the most threatened species or habitats, which could become neglected.”

“It doesn’t sit very well with a lot of people in Natural England,” they said.

“We are here to be ecologists not consultants. Our staff resource will be increasingly focused on work where there is a financial incentive rather than a conservation concern.”

The leaked internal documents show that other employees have raised concerns that the body will become “a consultancy” or that the new funding model could “drive away people who want our advice” and occupy too much company time.

In the documents, Natural England responded to such concerns by stating that their role is different from consultants because they “provide early awareness of our likely statutory advice” and do not “run scoping exercises design and conduct survey work, write reports or design and implement mitigation proposals”.

They also note that the Environment Agency and the Marine Management Organisation are already using similar funding models.

A Natural England spokesperson said: “There has been absolutely no change in Natural England’s statutory role or driving mission to protect and enhance the country’s nature, habitats and landscapes as laid out under the Natural Environment and Rural Communities Act 2006.”

“However, we are improving the way we operate through implementing recommendations that were made in Sir John Lawton’s independent Making Space for Nature report (2010)and welcomed by government and NGOs alike.”

“Working with communities and stakeholders ever more efficiently, we will assess challenges and implement solutions on a ‘landscape scale’, always focussing on the ultimate outcome: an improved environment for all of us.”

The Department for Environment, Food and Rural Affairs declined to comment on the findings.