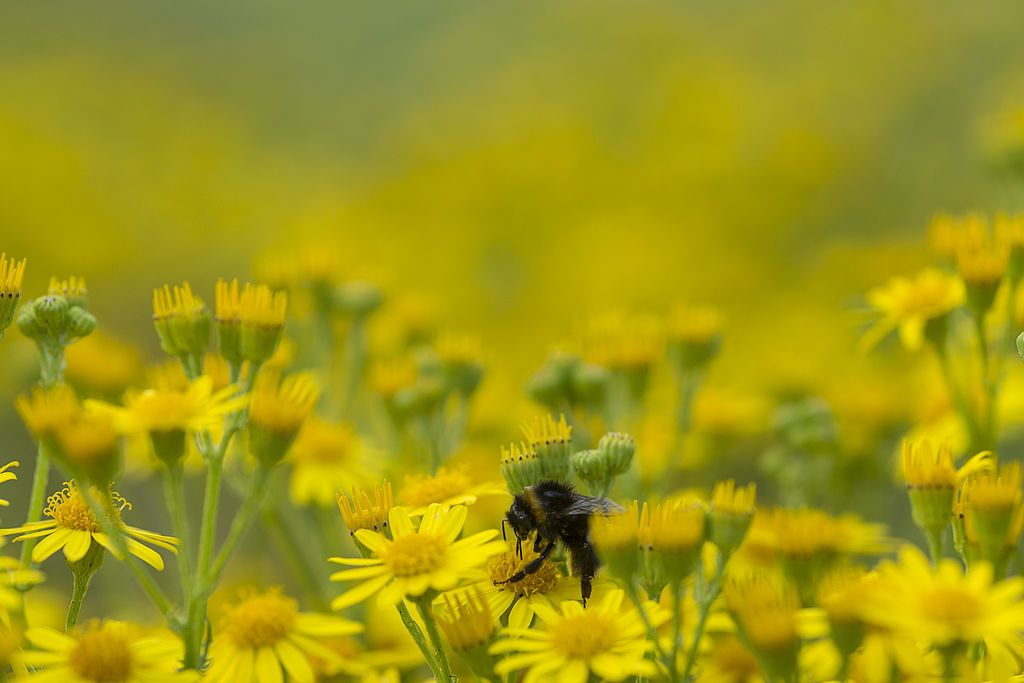 The chemical giants which make products linked to the decline of the wild bee population enjoy “substantial influence” on research around pesticides at UK universities, according to leading scientists.

The comments come as Unearthed reveals that Bayer and Syngenta have given more than £2million to UK universities for research related to pesticides and plant sciences between 2011 to the start of 2016.

The data could add to concerns that universities will become more dependent on industry funding as new EU science backing is cut back.

Dr Christopher Connolly, a reader in neurobiology at Dundee University, said he believes that the two companies already enjoy too big a voice in the discussion around the controversial insecticide known as neonicotinoids: “Syngenta and Bayer have a substantial amount of influence in the debate.”

Earlier this week, a dramatic new study by the UK’s Centre for Ecology and Hydrology suggested that England’s wild bee population had gone down by 30% over the past decade while the use of neonicotinoids has skyrocketed.

Lead researcher Dr Nick Isaac was blunt about the findings: “Neonicotinoids are harmful. We can be very confident about that.”

A spokesperson for Bayer told Unearthed: “Bayer has and will continue to fund university science in the areas that matter to the company. And, of course, we keep engaging in the debate about bee health like many other interested parties do….

“As a bee health company for over 25 years, providing treatments for Varroa and other bee health issues all around the world, we will continue to actively promote bee health.”

Whilst Syngenta told us: “Like other leading companies Syngenta is a major collaborator with many academic and public institutions in the UK.

“These collaborations support the ongoing development of innovation and science in the area of plant sciences.”

From science to politics

Unearthed sent Freedom of Information (FOI) requests to 135 universities, receiving responses from 70, asking for details of funding from Bayer and Syngenta.

The responses give an insight into the reach of the two multinationals in UK academia, across a variety of disciplines.

In 2013, Syngenta, together with the Economic and Social Research Council (ESRC), gave £15,000 to Edinburgh University for a piece of research, conducted by political scientist Professor Joyce Tait, which examined the risks of regulation in the agrochemical industry.

From 2011 to 2015, Nottingham University received £557,500 for research on plant sciences from Syngenta. In the same period, researchers at Reading University £587,952 received for similar research.

Dave Goulson is a professor of biology at Sussex University. He acknowledged that its difficult to know how much influence the likes of Bayer and Syngenta enjoy over research as “it all goes on behind the scenes”.

“It does seem to be the case that research funded by agrochemical companies rarely seems to find evidence that their products harm the environment, while independently-funded research often finds major adverse effects caused by the same products.

“Scientists are under huge pressure to obtain research funding and so are naturally likely to be keen to keep their funders happy.

“It does seem to me that if any research done on the safety of agrochemicals is to be believable it must be done without any influence from the companies that make huge sums of money from the sale of these products.  At present this is often not the case.”

Shortly after the EU referendum, the Guardian reported that UK scientists were already being pushed off EU-backed projects at Russell Group institutions.

Now Connolly is worried that Brexit could see universities become more dependent on large multinationals like Bayer and Syngenta as EU funding dries up. As one example, Reading University has received over £26m from the EU since 2011.

“The opportunities will be greater for industry as the loss of EU research funding will be crippling to the UK,” he said.

Scientists from across the world have told Unearthed that securing independent funding for research on the impact of neonicotinoids is already difficult.

Independently funded research is undermined, researchers say, because industry tends to oppose the findings of any studies which are not field tested – a process most independent studies can’t afford.

Dara Stanley, a lecturer in plant ecology at National University of Ireland Galway, said: “It would be fantastic if we could fully field test everything, but logistically and financially it’s often not possible to do things on that scale.

Reinhard Stöger, an associate professor in epigenetics at the University of Nottingham, carried out a piece of lab-based research which found that neonicotinoids can alter the activity of genes in honeybees in 2013.

“It’s difficult to get funding for this work from non-industry sources,” he said.

“Syngenta’s defence has always been that while you may see results in the lab, that doesn’t translate to the real world. Talking up field tests is convenient for them. They know that big field experiments are expensive and difficult to control, because there’s so much other stuff being sprayed on fields.”

Bayer and Syngenta responses in full

Syngenta: “Like other leading companies Syngenta is a major collaborator with many academic and public institutions in the UK. These collaborations support the ongoing development of innovation and science in the area of plant sciences. We are proud to support the UK science base through our collaborations and believe that this long term investment plays some role in helping the UK remain at the forefront of innovation in agriculture by developing important scientific skills and research capabilities.

“Syngenta’s investment in research, internally or externally, is driven by our core purpose – to find solutions that help farmers increase their yields, safely and sustainably. When we propose an external research collaboration with an individual scientist or institution we ensure balance in our approach and have respected the outcome or position of external scientists or institutions. We are not, and do not intend to be, dominant in any scientific discussion, but rather play a role in informed debates over the use of pesticides, the environment, and human health.

“We continue to support our neonicotinoid product and believe it meets all scientific, technical and regulatory requirements for safe use.”

Bayer: “First of all, the number cannot be confirmed in detail on such short notice but they seem broadly accurate. Bayer has and will continue to fund university science in the areas that matter to the company. And, of course, we keep engaging in the debate about bee health like many other interested parties do and as would be expected from a responsible manufacturer of crop protection products. As a bee health company for over 25 years, providing treatments for Varroa and other bee health issues all around the world, we will continue to actively promote bee health – take a look at our internet homepage www.beecare.bayer.com for more information.

“Like you, we are very concerned about bee health. Bees are critical to agriculture. They help pollinate many of the fruits and vegetables that we eat every day. It might sound obvious, but, as one of the largest agriculture companies in the world, that means honey bees are a pretty big deal to Bayer.

“In reality, there is no single reason for overall poor bee health. There is no doubt that there are a number of pressures on our bee populations – a combination of factors, including the provision of food and nesting sites, the weather, a whole plethora of viruses and other diseases is certainly taking its toll. For the honey bee, there is also the Varroa mite – a particularly nasty parasite that not only sucks the blood of the bee but also spreads these viruses – a bad combination that will frequently reduce the life of a worker bee by a third  and may lead to the complete failure of a colony in bad years.

“It is also true that habitat loss, due to the need to feed more and more people has also had its impacts, although the introduction of pollen/nectar strips on farm demonstrates that productive farming and bees presence are absolutely compatible.”