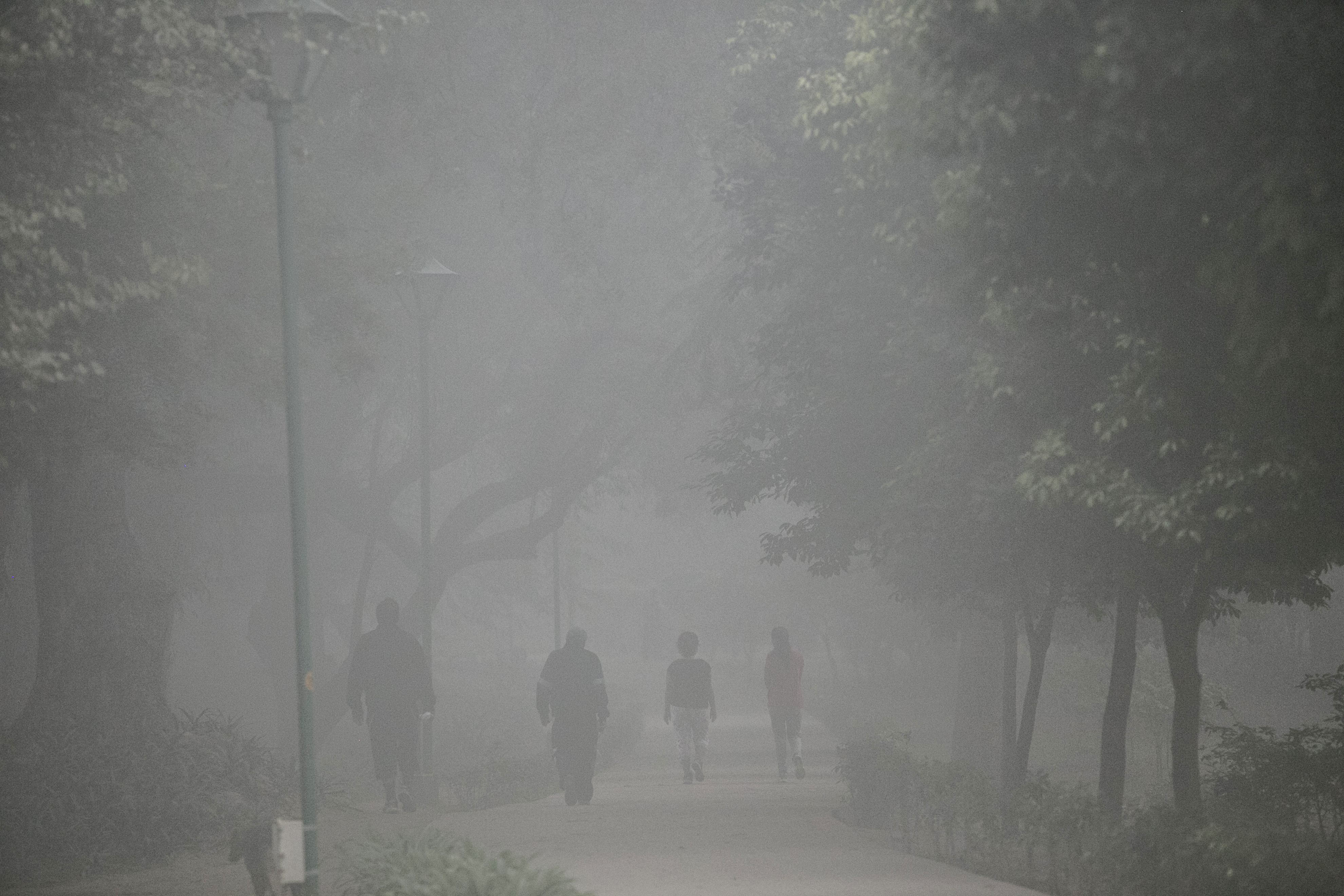 Theresa May is breathing air in Delhi during her state visit that is 36 times more toxic than the London average, according to an analysis by Unearthed

India’s capital has been experiencing one of the worst air pollution episodes in its history, since Diwali celebrations enveloped the city in a deep smog a week ago. The government has declared an emergency, shutting schools across the city and closing an ageing coal plant for ten days.  All construction and demolitions have been banned as has the use of all non-essential diesel generators.

Data downloaded by Greenpeace India from the Central Pollution Control Board showed that 24 hour average measurements for the particulate PM 2.5 over the three days of the prime minister’s visit hit 729, 513 and 414 μg/m3 respectively – creating an average of 552 for the three days. The reading for Tuesday was taken at mid-afternoon.

Meanwhile  in London the annual average reading for PM2.5 stands at 15 μg/m3, according to World Health Organisation (WHO) data, with current levels recorded by the government slightly lower.

The visit could knock hours off May’s life

Cambridge university statistician David Spiegelhalter told Unearthed that the difference could knock hours off May’s life. His analysis is based on a study in the New England Journal of Medicine that estimates that a decrease of 10μg/m3 in PM2.5 correlates to a gain of 0.61 years in life expectancy.

May arrived in Delhi on Sunday for a three day visit to promote what she hopes will be the UK’s first post-Brexit trade deal.

Although air pollution does not appear to be on the agenda, the prime minister was visiting in the wake of a High Court ruling that will force her government to come up with a new air pollution plan, after the court determined the current one is insufficient to the point of breaking the law.

The view in Delhi, where visibility has been reduced to metres in some places, is a timely reminder for the UK prime minister of how dire the situation can become.

Residents, travellers and journalists covering May’s trade visit have all taken to twitter to complain.

#DelhiSmog. Have to leave city for the sake of kids health. @ArvindKejriwal should have banned crackers completely. They r on today again.

Never seen smog like it in Delhi- schools have shut down its so bad. pic.twitter.com/oAKQ8BWE4w

What is to blame?

Particulate pollution (PM2.5 and PM10) is responsible for more than 620,000 deaths every year in India, compared to 16,300 in the UK. PM2.5 is the most dangerous of the two, as the particles are so small they can penetrate deep into the lungs and exacerbate respiratory illnesses, heart disease and asthma.

But although the two countries face similar hurdles the pollution issue is somewhat different. In India, coal-fired power stations and other industries, as well as crop burning and transport have been blamed for some of the highest levels of particulate pollution in the world.

While PM 2.5 levels in London are generally within legal limits, they are 1.5 times above levels considered safe by the WHO. Nitrogen dioxide has been at the centre of the crisis in the UK, where is it linked to an estimated 14,000 annual premature deaths, as levels have been in breach of EU laws for many years.

Road transport, and in particular diesel vehicles, are the primary cause of NO2 and the recent legal ruling is likely to mean the government will  introduce charges on diesel cars and other vehicles in city centres.